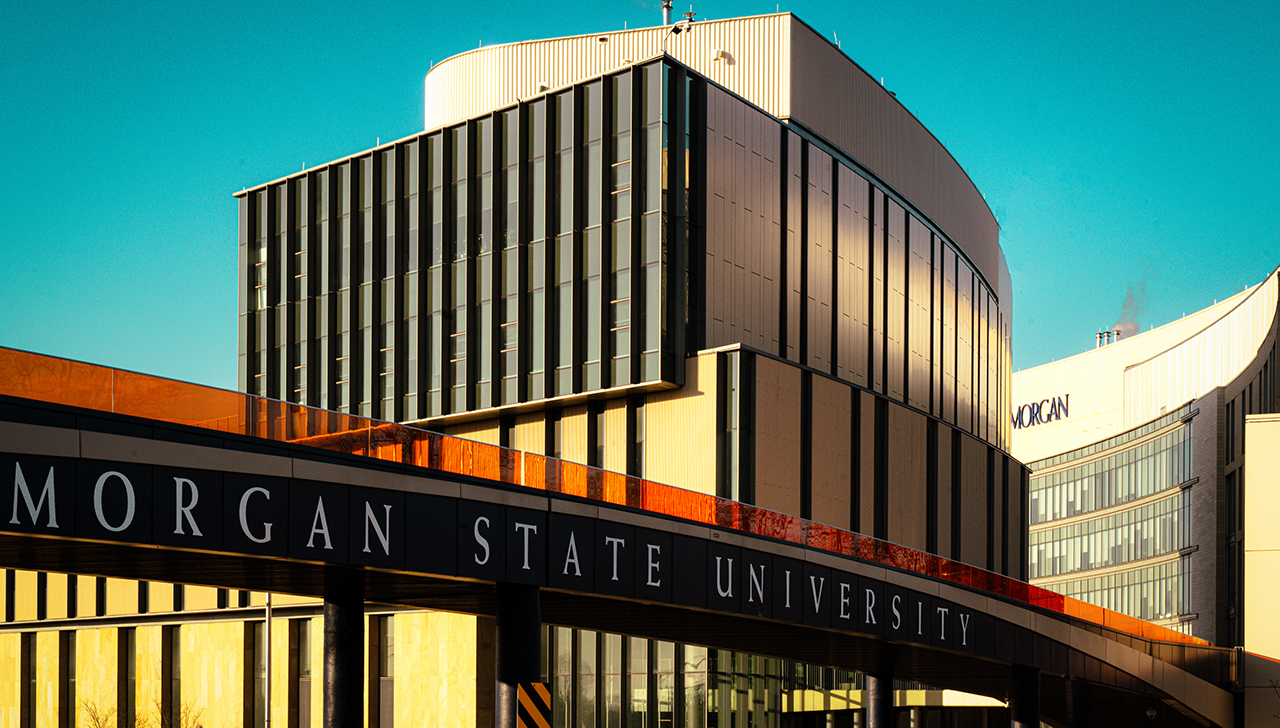 More Than $11 Million in Annual State Appropriations Committed to the Launch and/or Continuation of Five Critical, Interdisciplinary Research Centers and Hiring of Nearly 50 Faculty

BALTIMORE — In 2017, with the passing of legislation (SB 1085), Morgan State University was officially designated as Maryland’s Preeminent Public Urban Research University, giving the institution a specific mission to serve the state’s urban population through instruction, research and service. Since receiving this designation and in the advancement of its mission, Morgan has launched five new critical research centers, three of them this year, with State funding of more than $11 million annually. The launch of these centers, which include the Cybersecurity Assurance and Policy (CAP) Center, Center for Urban Health Equity (CUHE), Center for Equitable Artificial Intelligence and Machine Learning Systems (CEAMLS), Center for Data Analytics and Sports Gaming Research and Center for Urban Violence and Crime Reduction strengthens the University’s position as an anchor institution to address a variety of urban concerns in a research environment, while advancing two of its 10-year strategic plan goals, including the elevation of Morgan’s status to an R1, a Carnegie Foundation classification of doctoral research university with very high research activity. Between the five centers, the University will hire 44 tenured or tenured track, full-time faculty members. 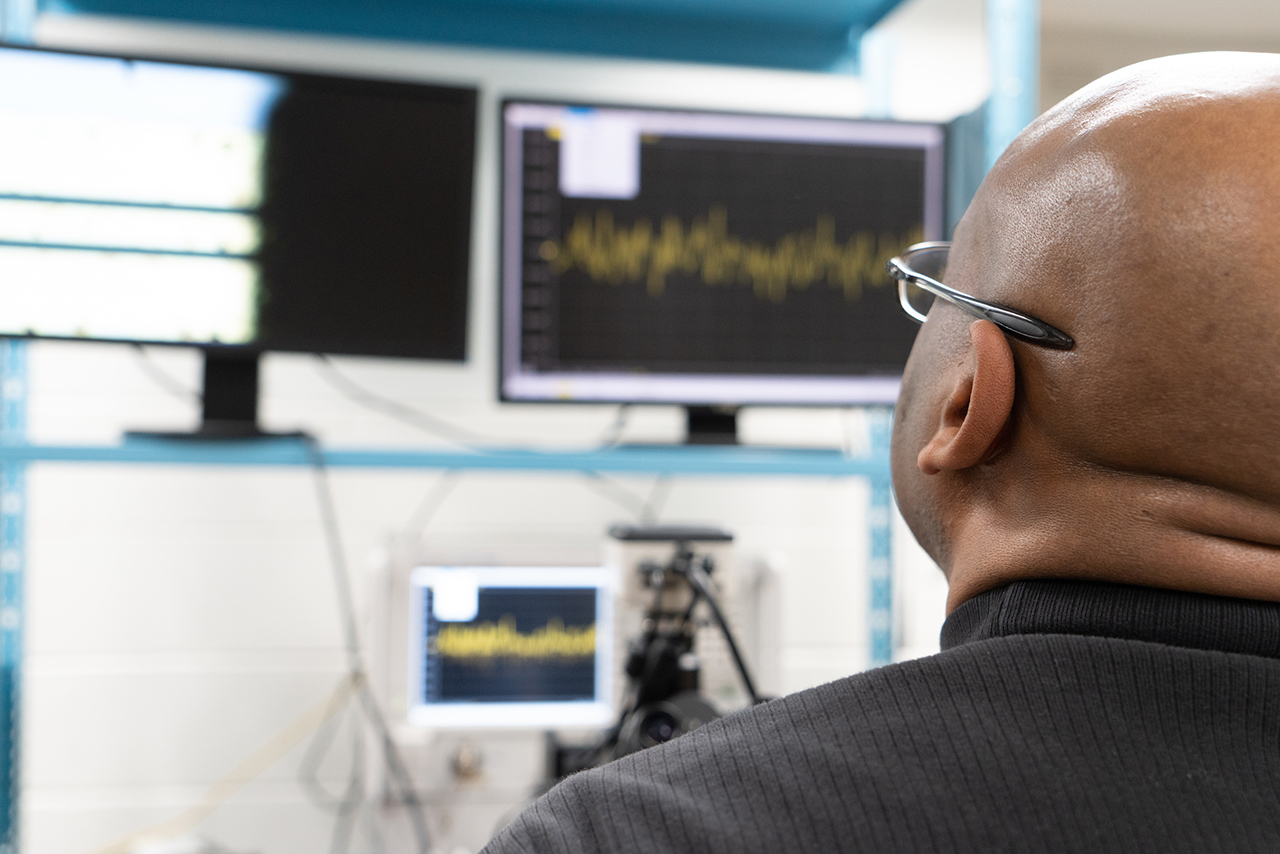 “We commend the State’s commitment to funding research-based solutions for a variety of societal challenges, by way of continued investment in Morgan. That investment has enabled us to strategically leverage our expertise to effect positive change and launch multiple centers dedicated to the critical examination of some of the foremost issues of our time,” said David K. Wilson, president of Morgan State University. “We appreciate the level of support the University has received under Gov. Hogan’s administration and look forward to a continuation of investment from the incoming governor, Wes Moore. Morgan’s progress makes for a stronger Maryland.”

To facilitate centralized research and educational initiatives that span departmental, school or college, and disciplinary boundaries, the University initiated a concerted effort to establish centers and institutes. Each is essential to Morgan’s mission of advancing knowledge and learning at the highest level. The centers and institutes provide opportunities to explore interdisciplinary collaborations that transcend departments and schools and often benefit from partnerships with external organizations. The work they produce enhances Morgan’s strengths and assists the University in achieving its research aspirations.

In launching its first State of Maryland-funded research center since the University’s State designation in 2017, Morgan saw opportunity in the growing area of cybersecurity. The Cybersecurity Assurance and Policy Center (CAP Center) was established in 2018 to provide the electronics industry and intelligence community with knowledge, methodology, solutions and skilled cybersecurity engineers to help prevent penetration and manipulation of the nation’s cyber-physical infrastructures. Its next center emerged in 2021, with a focus on health equity: Morgan launched CUHE. Backed by annual State of Maryland support and an initial investment of private funding, the Center was established to focus on community-driven interests allowing maximum research energy and effort for immediate allocation and response to the root issues that influence — and, in many cases, perpetuate — one of the most troubling aspects of current society: health inequity. 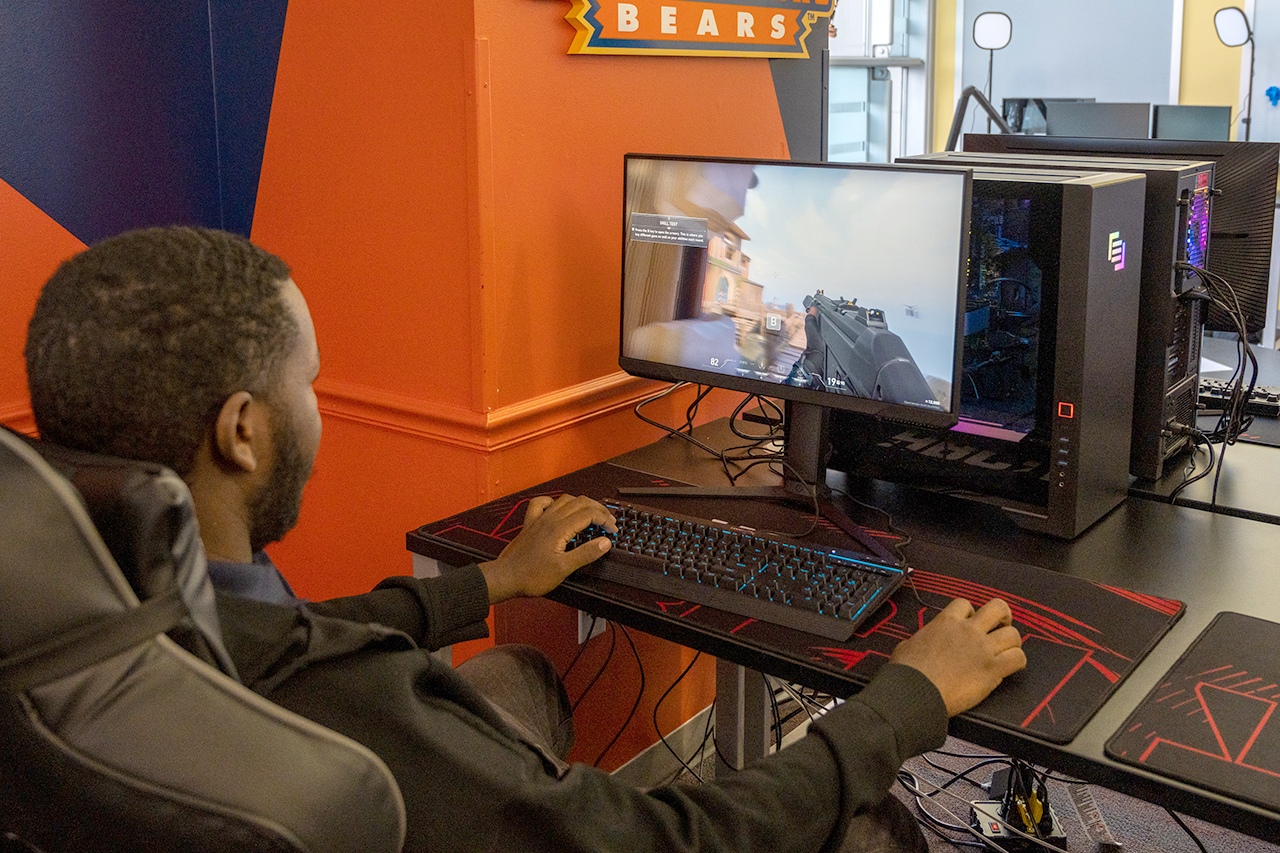 The year 2022 saw three new centers come online. The Center for Data Analytics and Sports Gaming Research will conduct rigorous and impactful research that guides State stakeholders in the development of comprehensive policies and programs in sports gaming and eSports, policies and programs that improve the lives of individuals and underserved communities, with a watchful eye toward cultivating valuable data analytics. CEAMLS will focus on facilitating the development, deployment and verification of socially responsible and equitable artificial intelligence systems and ensuring the public is well informed about how evolving technologies in this space affect their health, prosperity and happiness, while the Center for Urban Violence and Crime Reduction seeks to conduct evidence-based and promising applied and community participatory research that provides strategies and solutions that mitigate violence and crime in urban locales. The State funding per center varies, ranging from $1.5 million to $3.1 million annually.

The University has formed an advisory committee to provide guidance and coordination for the start-up and mission delivery for its State-supported research centers receiving appropriations of $1 million or more per year from the State of Maryland. The committee is being led by Willie E. May, Ph.D., vice president for D-RED. All the centers are multidisciplinary, and the associated faculty will have affiliations with the schools that are most aligned with their fields of expertise.

“Each center’s launch was done very strategically and with a great amount of intentionality. The University evaluated the expertise and strengths already possessed in specific focal areas and looked to amplify them with dedicated centers of research and study,” said Dr. May. “Not only will these centers of research be instrumental in attracting funding commitments and contracts from governmental agencies and private corporations but will also aid in elevating the depth and breadth of our research. President Wilson set this elevation as a goal for Morgan, and we’re well on the way to achieving it.”

Kicking off 2022, the University unveiled a new 10-year strategic plan: Transformation Morgan 2030: Leading the Future. The launch of the centers addresses two of the plan’s six identified goals: Goal 3, elevate Morgan’s status to an R1, very high doctoral research university, and Goal 5, have Morgan serve as the premier anchor institution for Baltimore City and beyond. 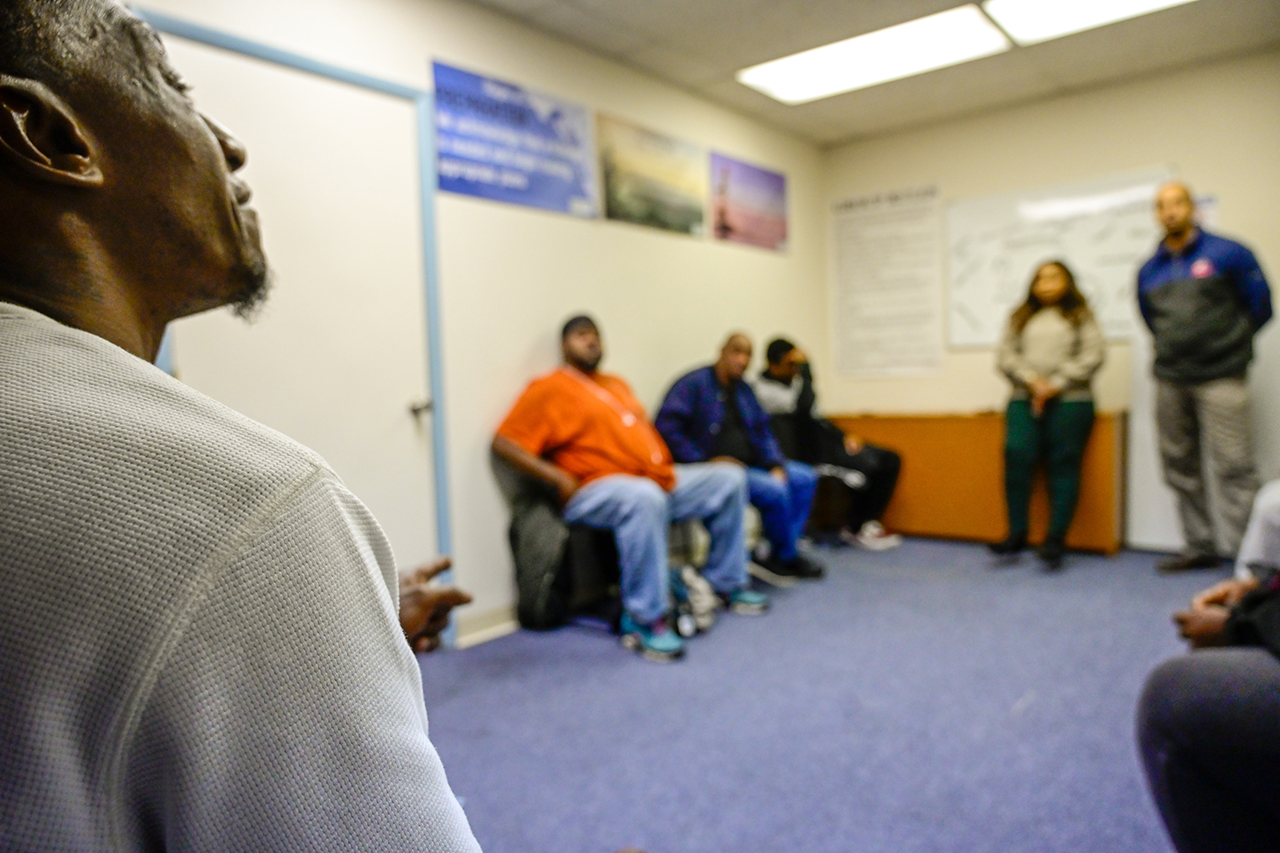 In addition to addressing challenges, particularly those pertaining to the urban condition, it is the University’s intention that the research being conducted at the centers aid in propelling Morgan to the next echelon in Carnegie Classification research rankings. Morgan will also expand and deepen its role as a recognized anchor institution making a broad social and economic impact. The University will continue engaging community residents and officials in the application of understanding and policy analysis derived from faculty and student research. It will also share its mutually beneficial resources as well as deploy and utilize University experts and professionals in addressing local and regional concerns. 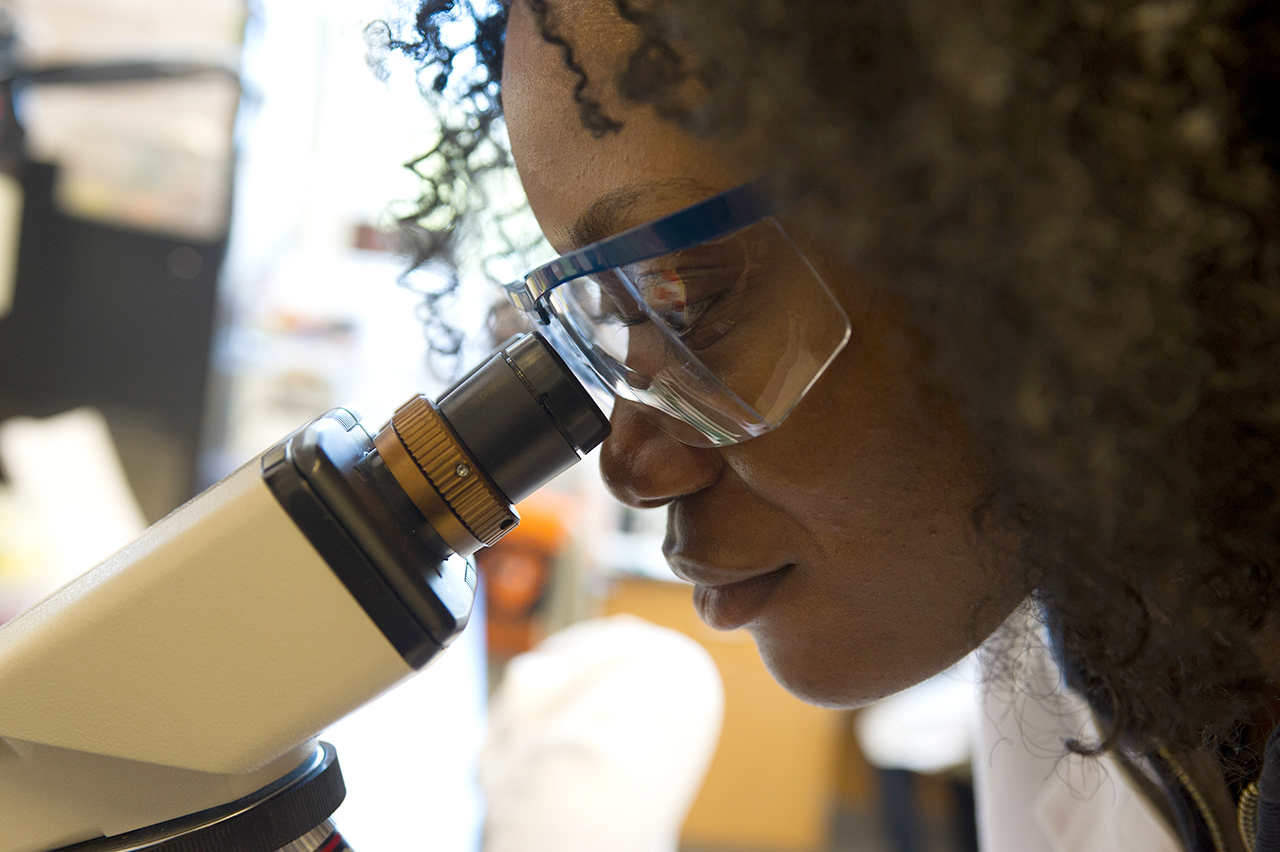 Added Wilson, “Morgan will serve as a dynamic epicenter and repository of knowledge dedicated to solving some of the most complex issues and will grow as a driving force affecting policy and catalyzing meaningful social change.