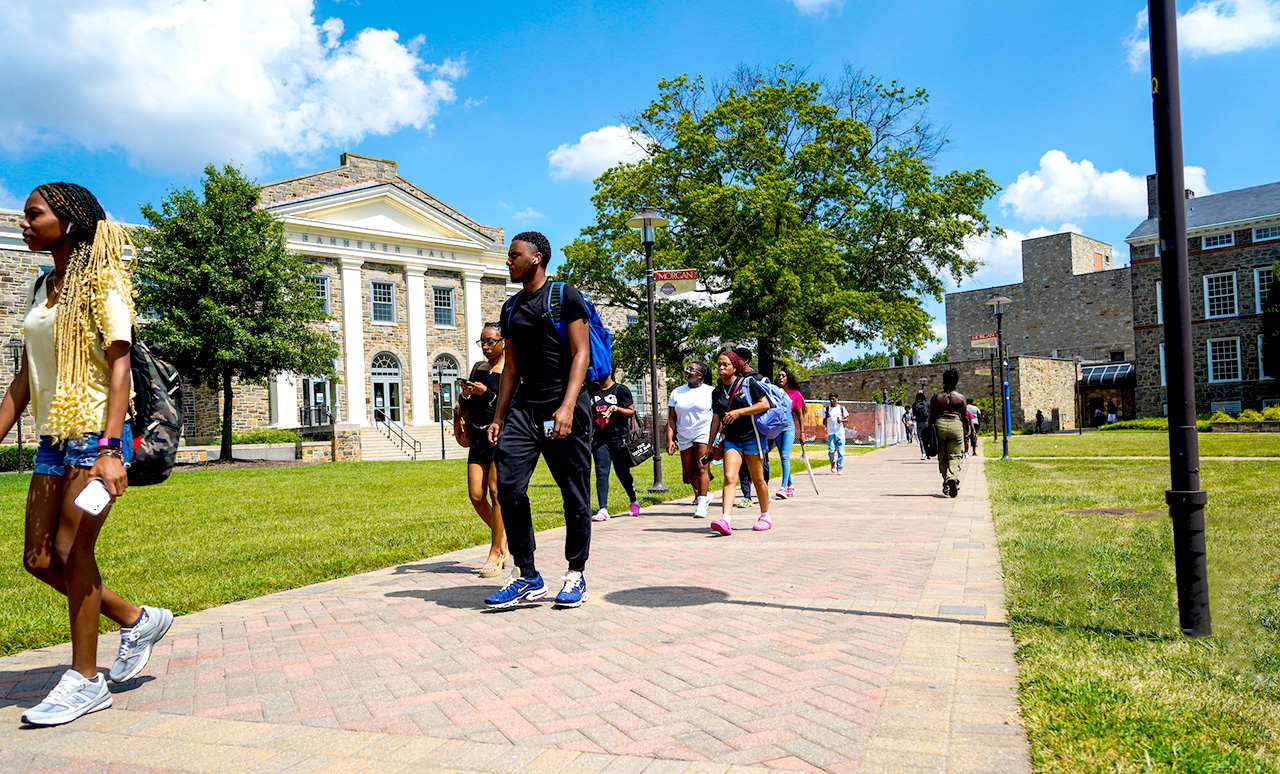 BALTIMORE — Morgan State University continues its milestone-marking growth with its second consecutive year of historic enrollment figures. For the Fall 2022 semester Maryland’s largest Historically Black College or University (HBCU) recorded an all-time high for enrollment, surpassing 9,100 students. The increase represents a 7.5% growth over Morgan’s total student count for the 2021–22 academic year and places the University on an expedited trajectory of achieving its goal of enrolling 10,000 students well ahead of schedule. 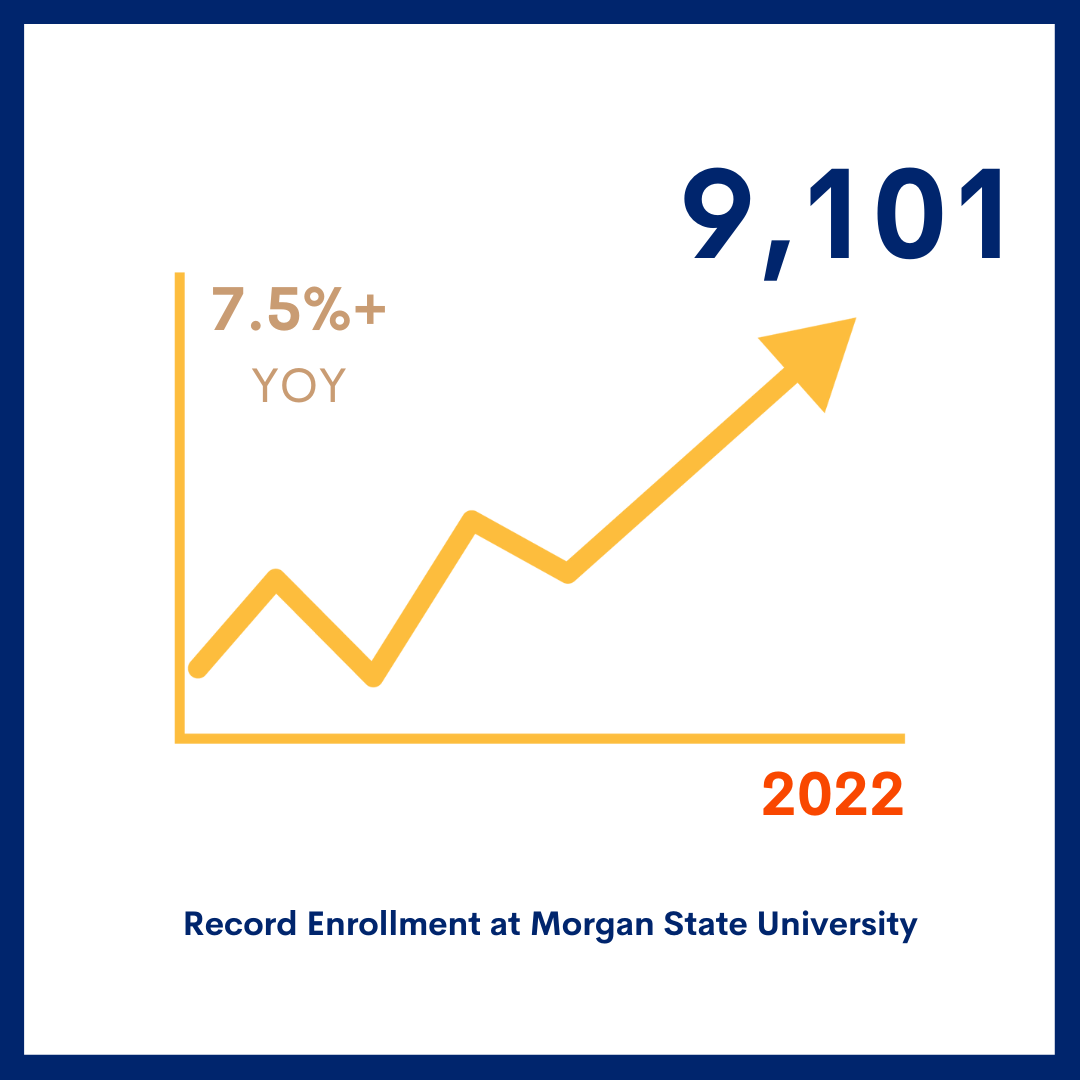 The increased interest in Morgan comes at an opportune time, as the campus undergoes a physical transformation supported by nearly $1B in capital investments and newly acquired real estate. For more than a decade, the University’s student enrollment has steadily grown, culminating in successive years of record-breaking highs of 8,469 in 2021 and 9,101 in 2022. Following the height of the COVID-19 pandemic, when higher education enrollment declined nationally, Morgan’s enrollment spike was among the largest growth percentage among Maryland four-year institutions. The University’s current student count represents an 18% increase over the pre-pandemic number in Fall 2018.

“This is truly an unparalleled achievement that our entire University community can fully embrace. A component of the first goal in our strategic plan is to increase enrollment and through the collective work of our dedicated staff, we’ve been able to position Morgan as a choice destination attracting students from throughout the Mid-Atlantic, across the U.S. and around the globe,” said David K. Wilson, president of Morgan State University. “Back-to-back years of record enrollment is a defining moment, reflective of our robust, highly sought-after academic programs and our accomplished faculty, who are readying our graduates to compete on any stage, anywhere in the world. More than 9,100 promising young minds have chosen to experience the magic of a Morgan education and matriculate at the National Treasure!” 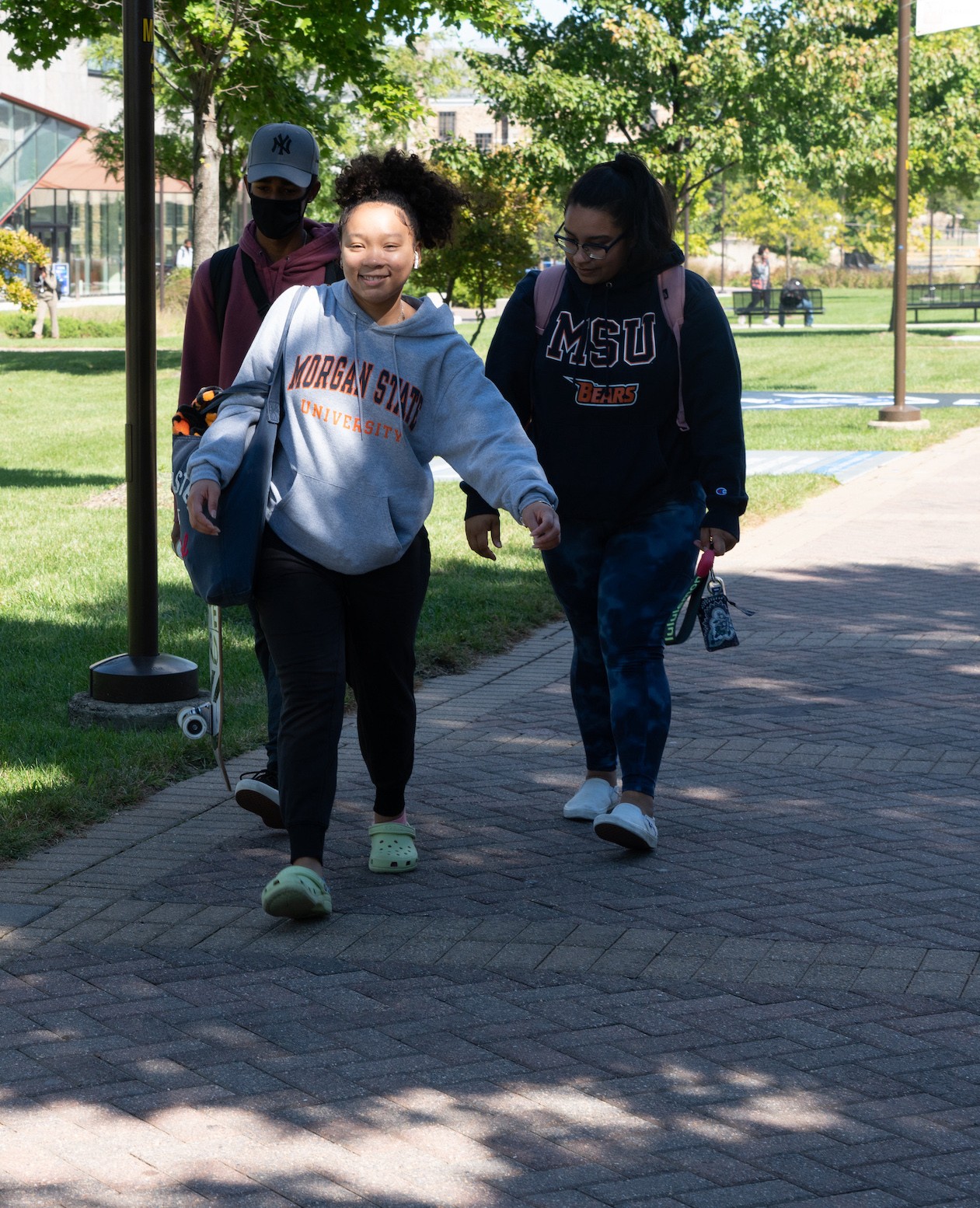 In 2022, the University unveiled a new 10-year strategic plan. Under the plan’s first goal of enhancing student success and well-being, a target was set to increase enrollment to 10,000 students by Fall 2030. The last two years have propelled Morgan toward reaching its aim sooner than expected.

University officials point to an important element of the enrollment surge: a significant increase in transfer and out-of-state students choosing Morgan to pursue their postsecondary education. Among the new students enrolled at Morgan for the current academic year 56% are from beyond Maryland’s borders — the largest out-of-state student population in school history.

“Our admissions and recruitment team has done an amazing job expanding our presence at in-person and virtual recruitment events for the past two admissions cycles (Fall 2021 and Fall 2022) and all the indicators we were seeing, unusually high applications and significantly more admitted students, pointed to the achievement of this record enrollment,” said Kara M. Turner, Ph.D., vice president for Enrollment Management and Student Success at Morgan. “Enhanced visibility for Morgan has been key in elevating the University’s brand, which has delivered literally tens of thousands of prospective students to our doorstep. The University’s decision to make standardized testing optional, streamline the application process and offer increased merit and need-based financial aid has also been attractive to our students.”

Finding Success Against the Odds

According to the National Center for Education Statistics (NCES), enrollment at four-year colleges and universities was projected to continue its recent slide by declining another 1.6% year-over-year in Fall 2022. Morgan, conversely, has emerged as an outlier, cementing successive gains in enrollment in addition to posting a retention rate of 70% or higher for 12 consecutive years. Morgan attributes the steady gains to a variety of factors comprising a mix of operational strategies coupled with the very welcomed — yet unanticipated — groundswell of interest in HBCUs that continues to sweep the nation. The University utilized a multifaceted approach, tapping the resources of multiple administrative units. The Office of Undergraduate Admission and Recruitment at Morgan expanded its reach by engaging more prospective students through increased direct marketing and recruitment activities — in-person, online and in more markets. The Office of Financial Aid teamed with the Office of Development and the Morgan State University Foundation to support incoming freshmen, by optimizing financial aid through competitive aid packages and astute allocation of institutional aid. 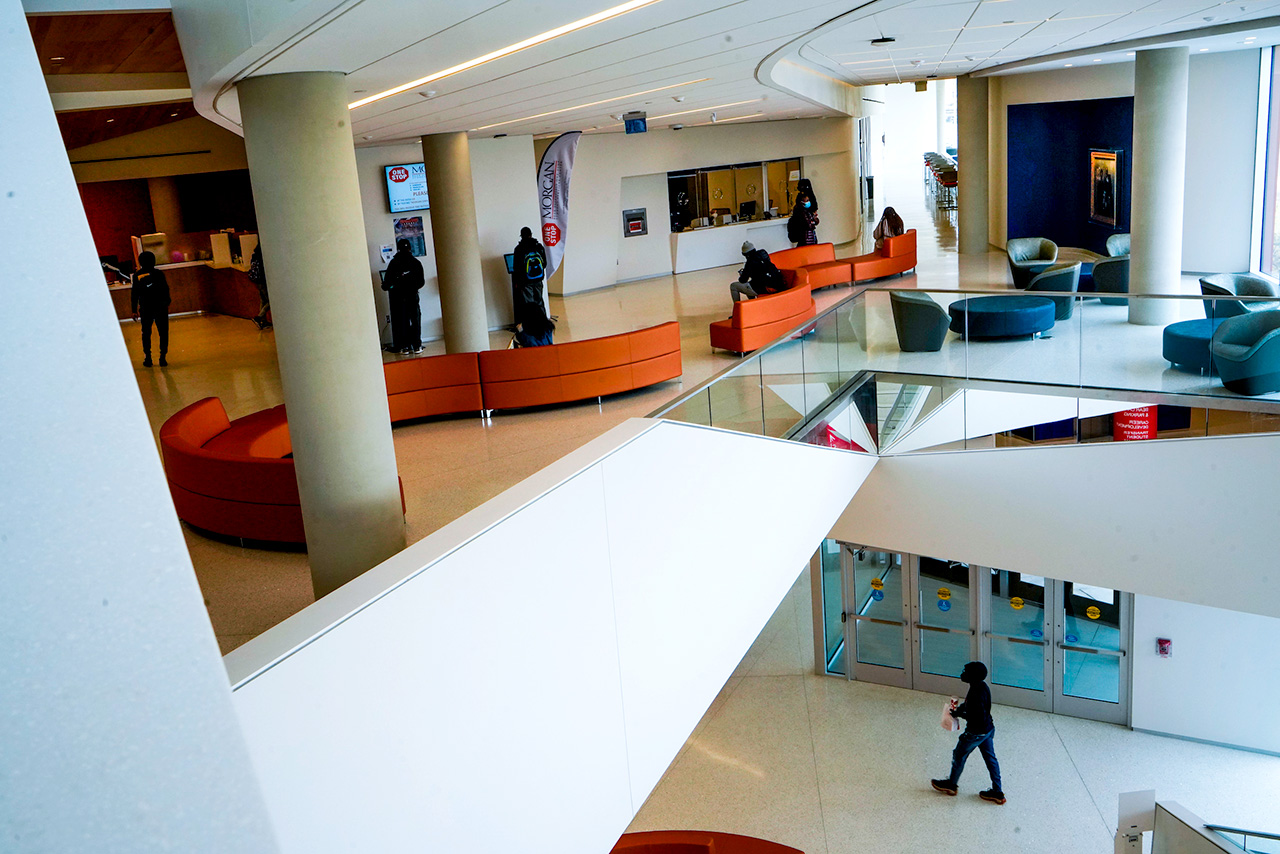 Other contributing factors of benefit to Morgan and several other HBCUs were the pervasive social and cultural awakening sparked by the murder of George Floyd, the amplification of the Black Lives Matter movement and the public actions of organizations and donors to address generational systemic inequities. As a result, Black students nationwide seeking post-secondary options subsequently applied for college at institutions like Morgan. 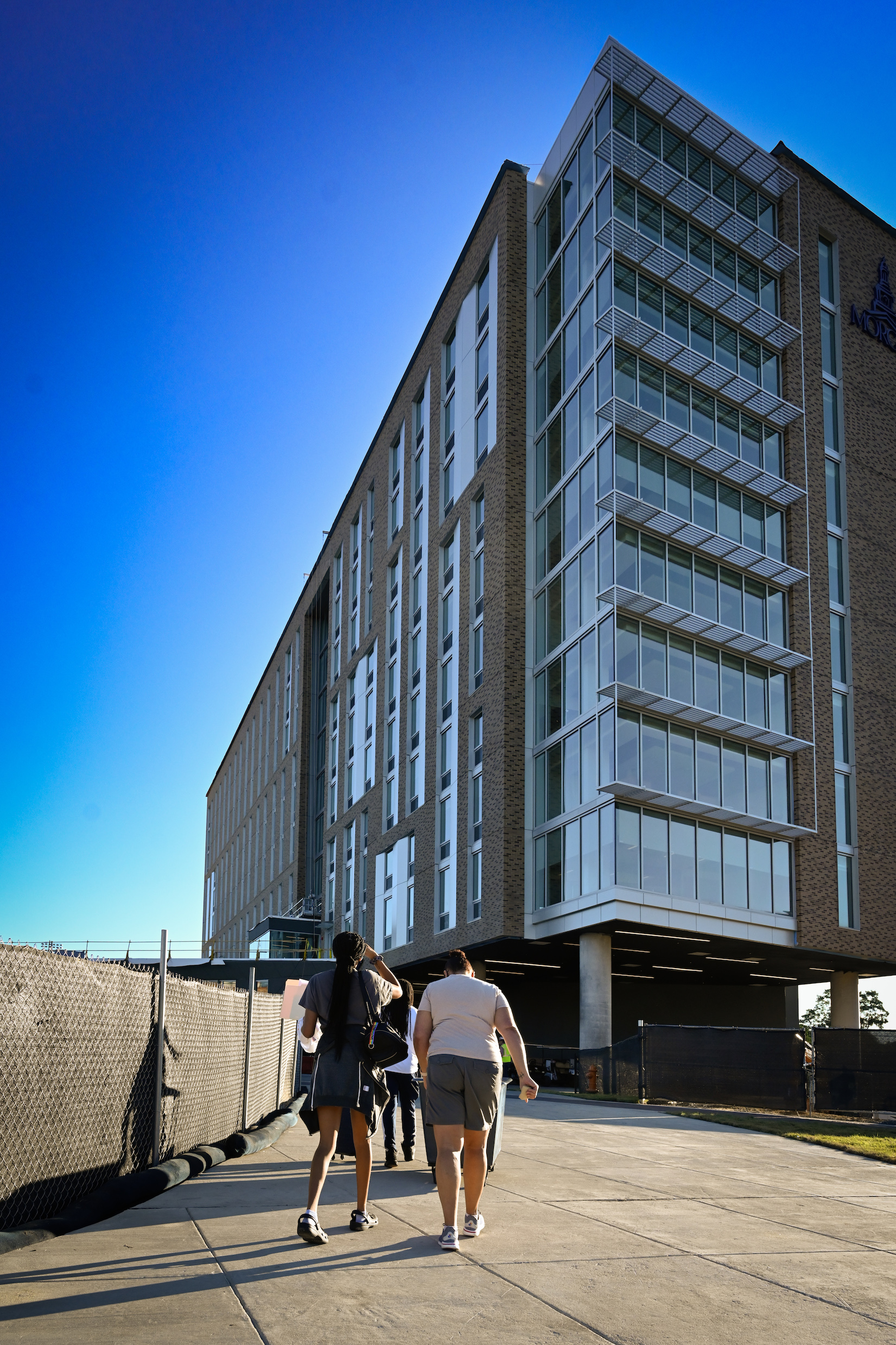 Serving the needs of a growing student population has had a ripple effect on nearly every aspect of a university’s operations. Morgan has been proactive in making considerable capital investments in facilities, including construction of new academic buildings (Health and Human Services Building, Science Complex) and aggressively addressing deferred maintenance of infrastructure and legacy buildings on campus.

This fall, coinciding with this year’s historic enrollment, Morgan opened a new 10-story, 229,797-gross-square-foot, state-of-the-art living and learning residential facility, Thurgood Marshall Residence Hall, the first new residence hall erected on Morgan's campus in more than 30 years. After the recent approval of Morgan’s Board of Regents, the University will construct a second new residential hall, a 604-bed facility adjacent to the Thurgood Marshall housing complex and connected to the ground-level 30,000-square-foot dining hall. The new housing facility is scheduled to open in 2024.