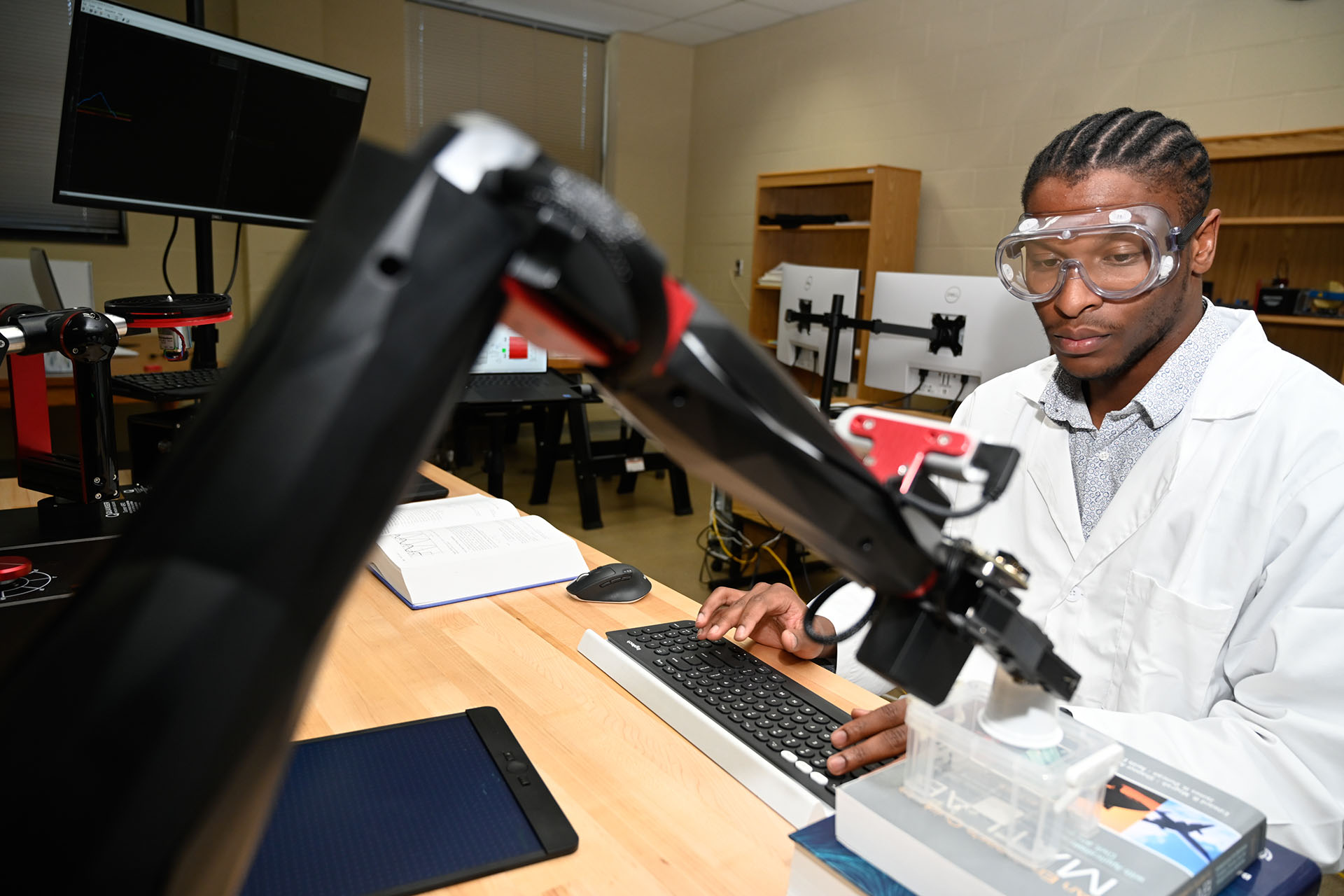 The past two years have marked an era of historic highs for Morgan State University, in categories ranging from student enrollment to financial investment in the institution to the dollar value of new, planned or under-construction campus facilities. But, more quietly, the University has also logged record numbers in another critical area: the establishment of new academic programs.

Since 2020, Morgan has introduced more than 30 new programs, increasing its total degree offerings to more than 140. In the past year alone, the University has launched nine programs, many of which began as ideas birthed and developed by MSU faculty. The proposed programs underwent multiple layers of internal review by administrative units at the University before being finally approved by Morgan’s Board of Regents and the Maryland Higher Education Commission (MHEC). Many of these academic offerings are not only innovative — aligning with Morgan’s strategic plan — they are also unique among the programs offered by higher education institutions in Maryland, emphasizes Hongtao Yu, Ph.D., provost and senior vice president for Academic Affairs at Morgan. Included among the latest program offerings are a Bachelor of Fine Arts in Musical Theatre, a Master of Science in Neuroscience, a Bachelor of Science in Coastal Science and Policy and a Doctor of Social Work. 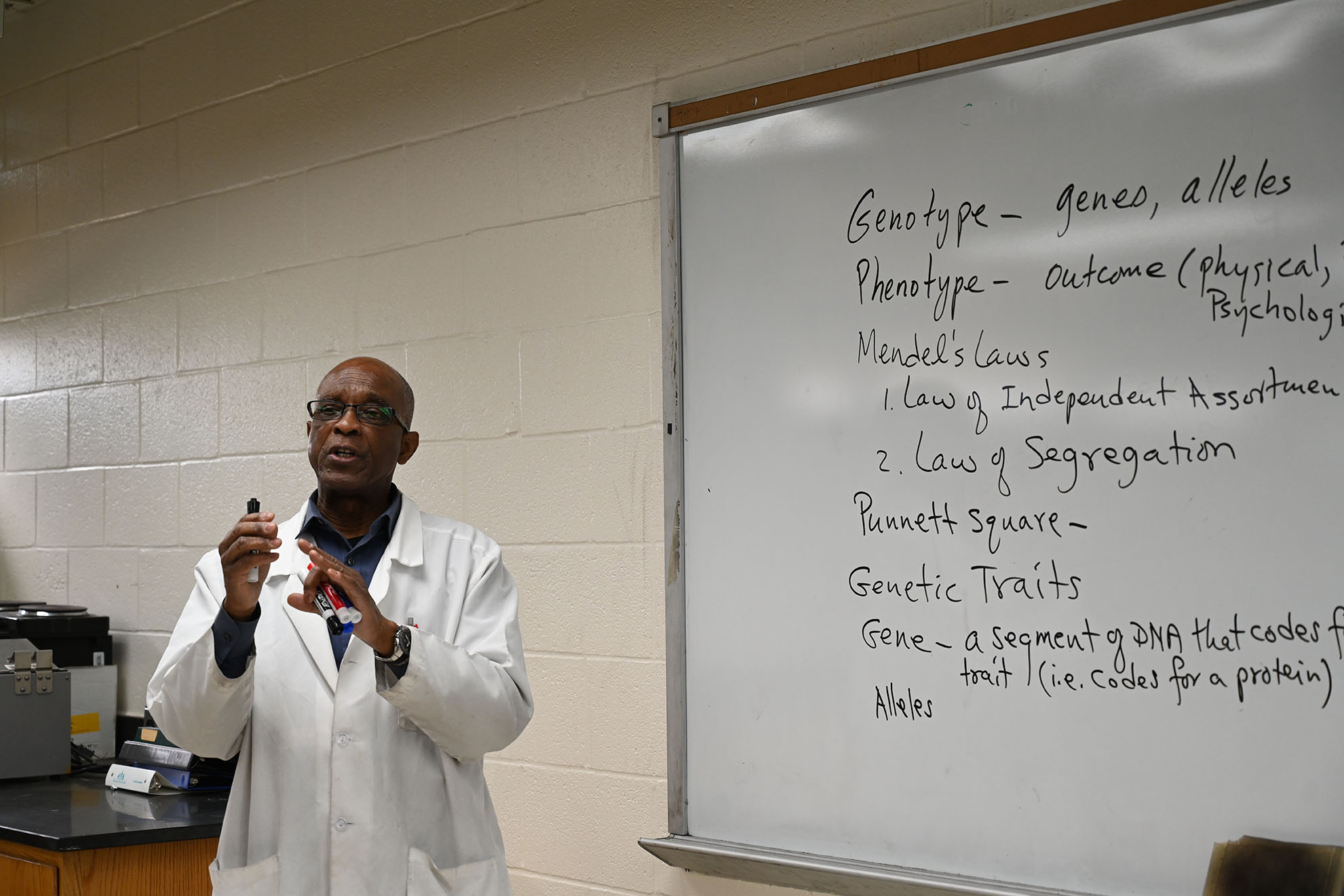 With an unprecedented number of recent programs off the ground, Morgan has shifted its focus to maintaining their excellence and sustainability — their long-term success, Dr. Yu says. “We just need to make sure that all the programs we’ve launched will do well and distinguish themselves nationally.”

Toward that goal, generally, the new programs are doing quite well. The Master of Science in Advanced Computing program, for example, launched in Fall 2021, already has 34 students on board, studying software engineering; data science and artificial intelligence; machine learning; or cybersecurity and is tracking toward an enrollment of more than 60 students by Fall 2023, reports Computer Science Assistant Professor Monir Sharker, Ph.D., the program’s director. The Bachelor of Science in Interior Design came earlier, in 2018, at the initiative of Professor Suzanne Frasier, and has seen explosive growth lately, with 62 students now enrolled, says Betty Torrell, associate professor of Undergraduate Design and the program’s new director. Morgan also began offering the Bachelor of Science in Mechatronics Engineering in Fall 2021. That program, led by Getachew Befekadu, Ph.D., assistant professor of Electrical and Computer Engineering, is now educating 47 students in the high-demand, multidisciplinary field that supports today’s advanced manufacturing industry. Morgan is the only university in Maryland to offer each of the three programs.

Morgan’s academic ‘building boom’ has also helped place the University near the front of a trend: enrollment of nontraditional and traditional students in interdisciplinary degree programs, Provost Yu reports. In Fall 2022, the University reported an historic enrollment high of more than 9,100 students. Some of the students choosing Morgan are doing so in part as a result of the programs being offered. 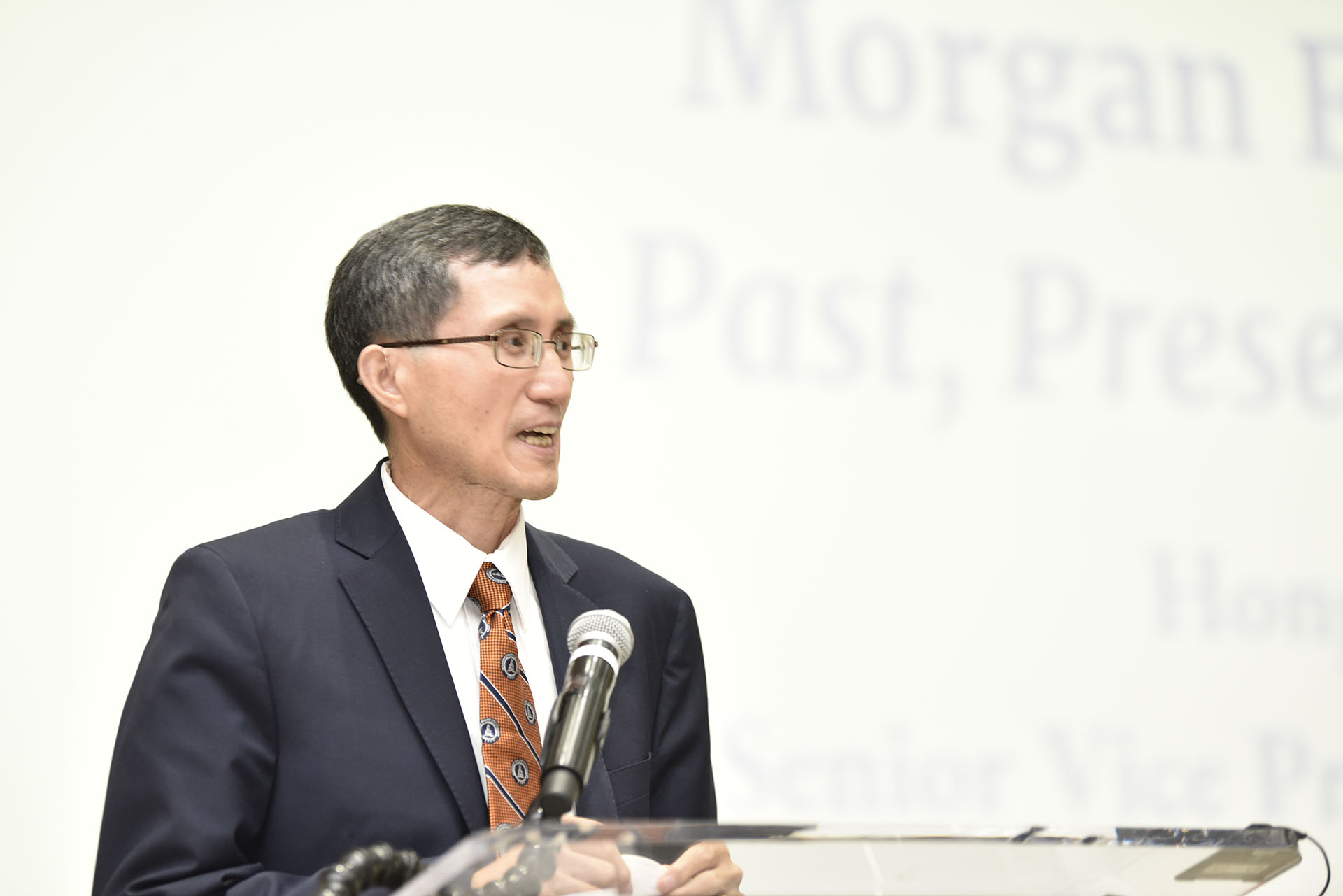 “We have paid special attention to transdisciplinary skills that are needed for the new workforce,” Dr. Yu says. “This effort started with my predecessor in the Office of the Provost, but the addition of transdisciplinary programs has been an ongoing priority for the University administration.”

Yu cites the recent establishment of the Morgan Completes You program as a prime example of the University’s focus.

“In 2021, Morgan received approval from MHEC to launch 18 interdisciplinary degree programs. We call it Morgan Completes You. These 18 programs are used to train students who went to college, who have some credits already but were not able to complete their college degree,” he explains. “We put them into these interdisciplinary degree programs where they can earn their degrees and gain skills for their employment.”

Morgan Completes You (MCY) is offered by the University’s new College of Interdisciplinary and Continuing Studies (CICS), which was also launched in 2021. The college’s inaugural dean, Nicole M. Westrick, Ph.D., was selected this past May, after a national search.

A quick check-in with several directors, students and recent graduates of Morgan’s recently added programs reveals the beneficial impact of the new academic offerings on the University’s strategic goal to increase innovation in instruction and research, and on Morgan’s mission to offer the opportunities of higher education to a broader, more diverse segment of the student population.

Clara Bejarano already had a wealth of academic and life experience when she arrived at Morgan last year to pursue a bachelor’s in Interior Design. Born in Mexico, she moved with her family to El Paso, Texas, when she was 13 and later earned a bachelor’s degree in civil engineering. After moving to Maryland, she decided to follow her lifelong passion for interior design, as a student at Anne Arundel Community College. Transferring to Morgan to enroll in the state’s only four-year program in that field, she says, she felt “at home” in the HBCU culture. 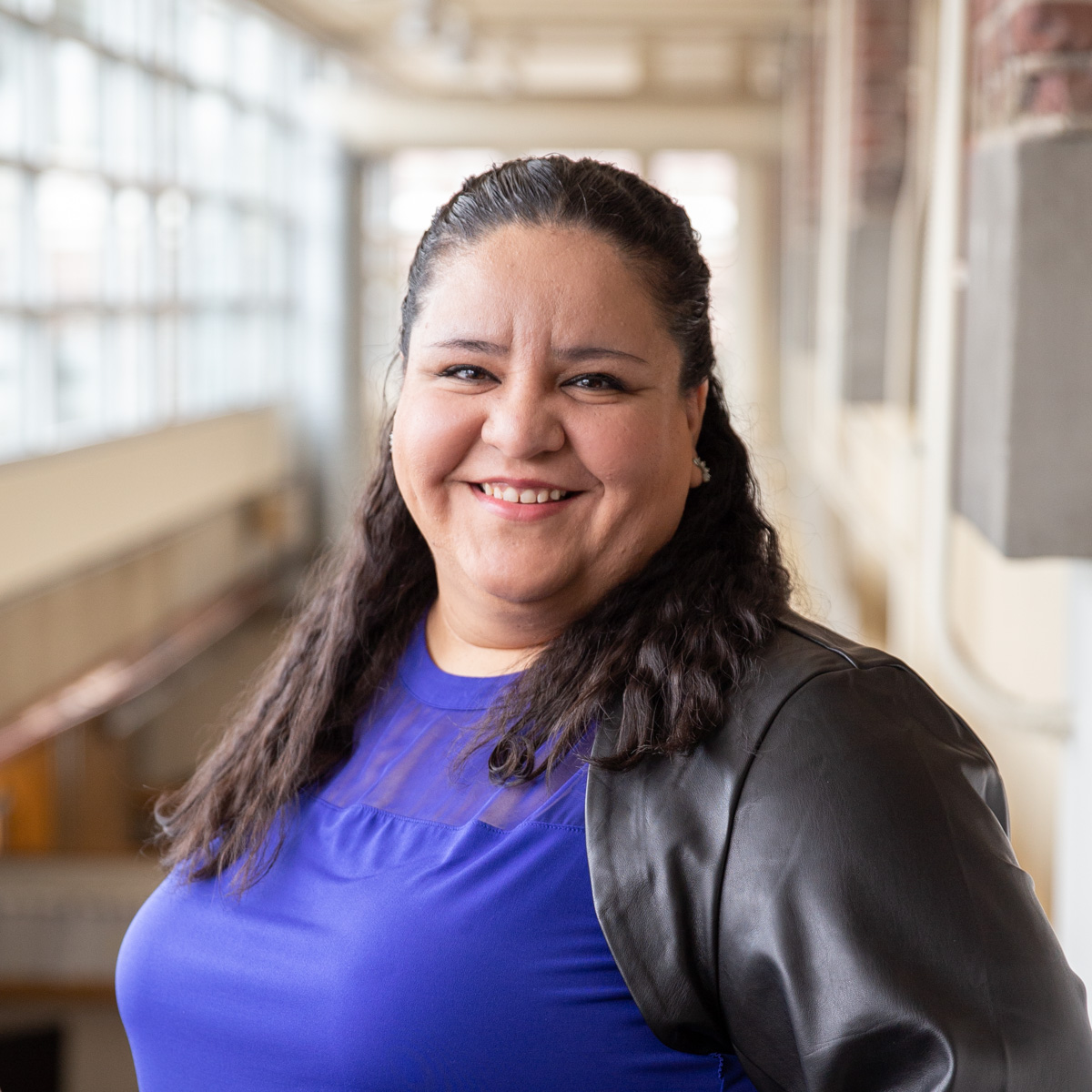 “It was really nice to feel like an HBCU is very similar to the college I went to as an engineer,” Bejarano says. The coursework, she adds, has helped her refine her sense of responsibility, her discipline and her time management skills.

“Interior design has always kept aesthetics as an important aspect of the design of interiors, but we’re moving toward the occupants’ well-being,” she says. “…This is a new trend both globally and nationally, and it’s also my particular focus area.”

Providing students with a holistic experience is also a hallmark of Morgan’s bachelor’s of Mechatronics Engineering program, says the director, Dr. Befekadu.

“I usually tell our students that this laboratory is your workplace and your playground,” he reports. “We aim to provide our students with whatever they need in terms of mathematical problem solving skills, computer programming, theoretical background and concepts of control and system theory.”

Students such as junior Ethan Joyner are making the most of that support. Joyner, Baltimore-born and a product of the city’s public schools, exudes passion for the subject matter and MSU. He sought to transfer from the computer engineering program at the Community College of Baltimore County the moment he heard Morgan was offering the mechatronics instruction he had long been craving. Joyner has thrived in the well-equipped and growing mechatronics laboratory as one of the program’s best students, Befekadu reports, and he has come to see his career opportunities as limitless. Among his long-term ambitions are to earn a master’s in mechatronics and one day start a free, community-based STEM education program in Baltimore to provide workforce skills training to all comers. 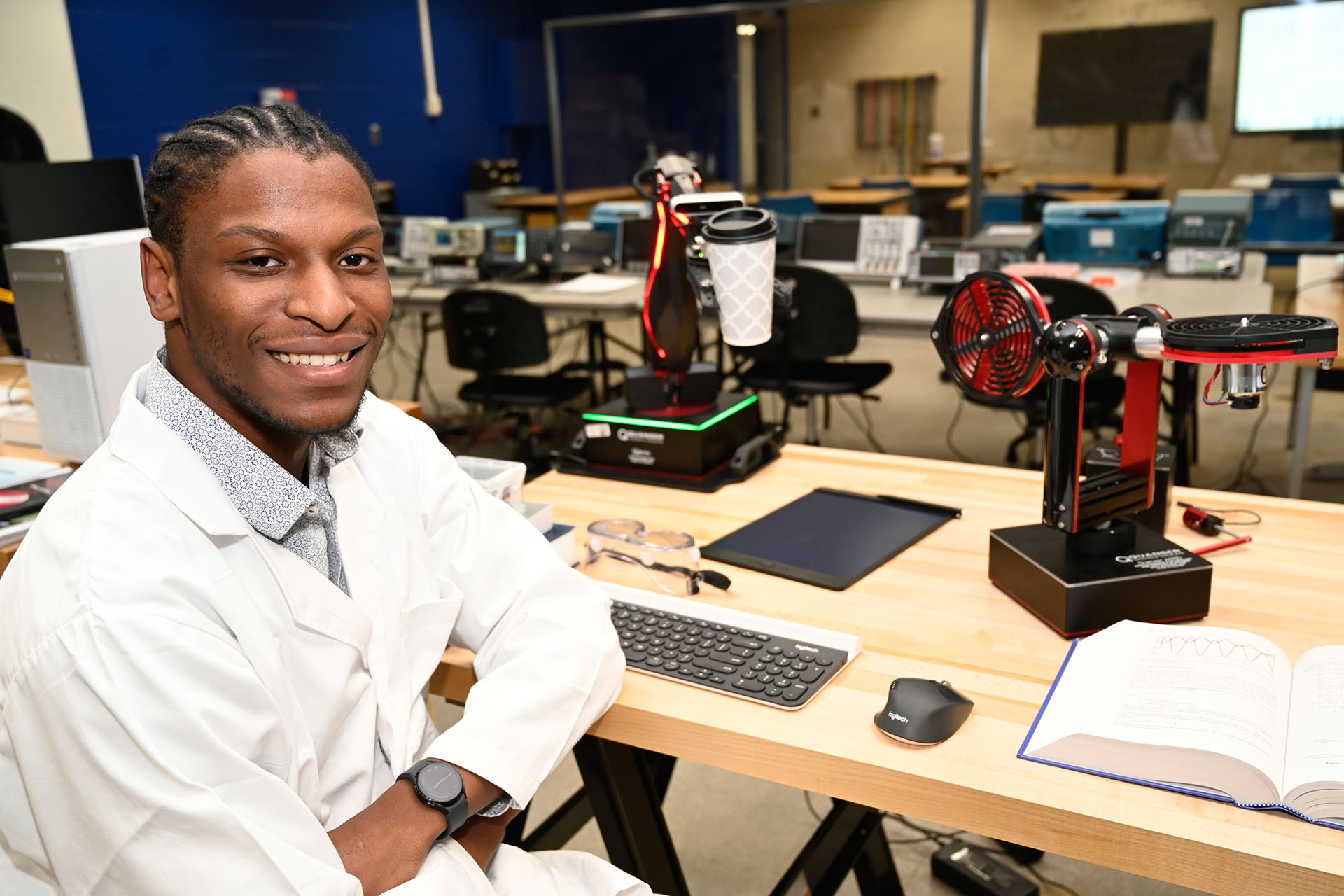 One current mechatronics project has students developing a data predictive control program and math solutions for NASA, says Befekadu, who projects that Morgan will produce its first graduates in Mechatronics Engineering by Spring 2026. This past fall, MHEC approved Morgan to begin offering its Mechatronics Engineering program at the Laurel College Center, one of the state’s Regional Higher Education Centers.

Like Joyner, MSU Advanced Computing student Funbi Ogunwale is seeking to make a bold mark on the world. A food engineering major in his home country of Nigeria, he came to Maryland with his bachelor’s degree hoping to build a career on his passion for computer technology. Disappointed that Morgan wasn’t offering an advanced computer science degree then, he decided to enroll in MSU as a master’s student anyway, in mathematics, in Spring 2021. When the Advanced Computing program began that fall, he leaped at the opportunity.

Ogunwale, who has completed his master’s thesis in machine learning and cybersecurity, says the program is giving him the skills to achieve his goal of using technology to solve problems on a large scale.

“Especially for those coming from a nontechnical background, as I did, the learning curve might be a little steep, but I think you get as much as you decide to put into the program,” he says. “And the professors are very, very helpful.” 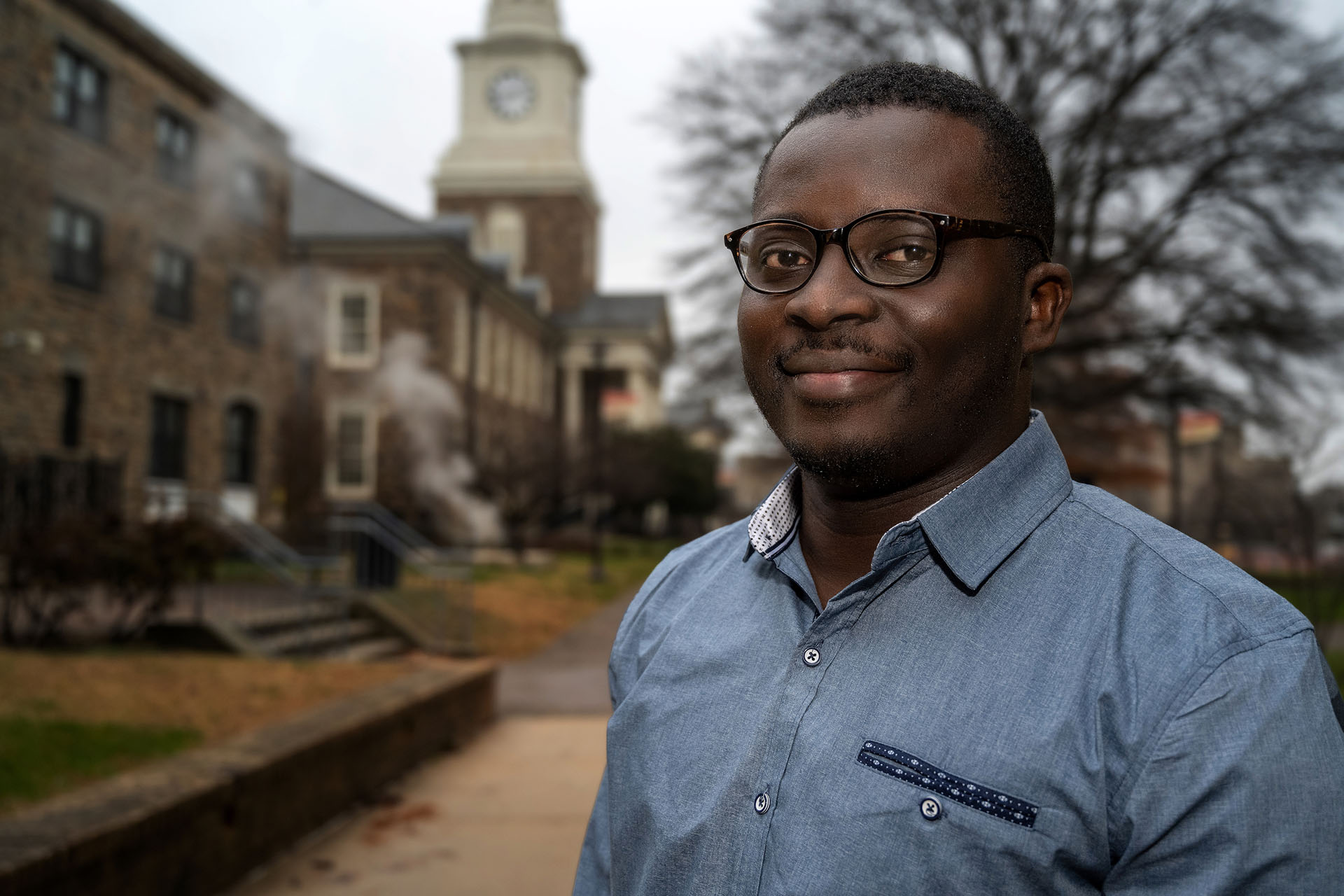 Ogunwale’s good experience didn’t happen by accident. Dr. Sharker, the director, points out that the Advanced Computing program was designed to accommodate students from diverse backgrounds, with in-person and online learning/instruction.

“We wanted to keep it available and affordable for different groups,” he explains, so three degree tracks are offered: a course-only track that doesn’t require students to complete a project or thesis, for professionals who need a master’s to further their careers; a project track, for students who want to demonstrate their ability to solve real-world problems to their employers or prospective employers; and a thesis track geared toward students aspiring for a doctorate.

Recent Advanced Computing graduate Taofeek Babatunde leveraged the course-only track to help him gain employment with one of the technology sector’s best-known companies, Microsoft, where he is working remotely from Baltimore as part of the Redmond, Washington, team that ties customers’ various Microsoft products and services together. 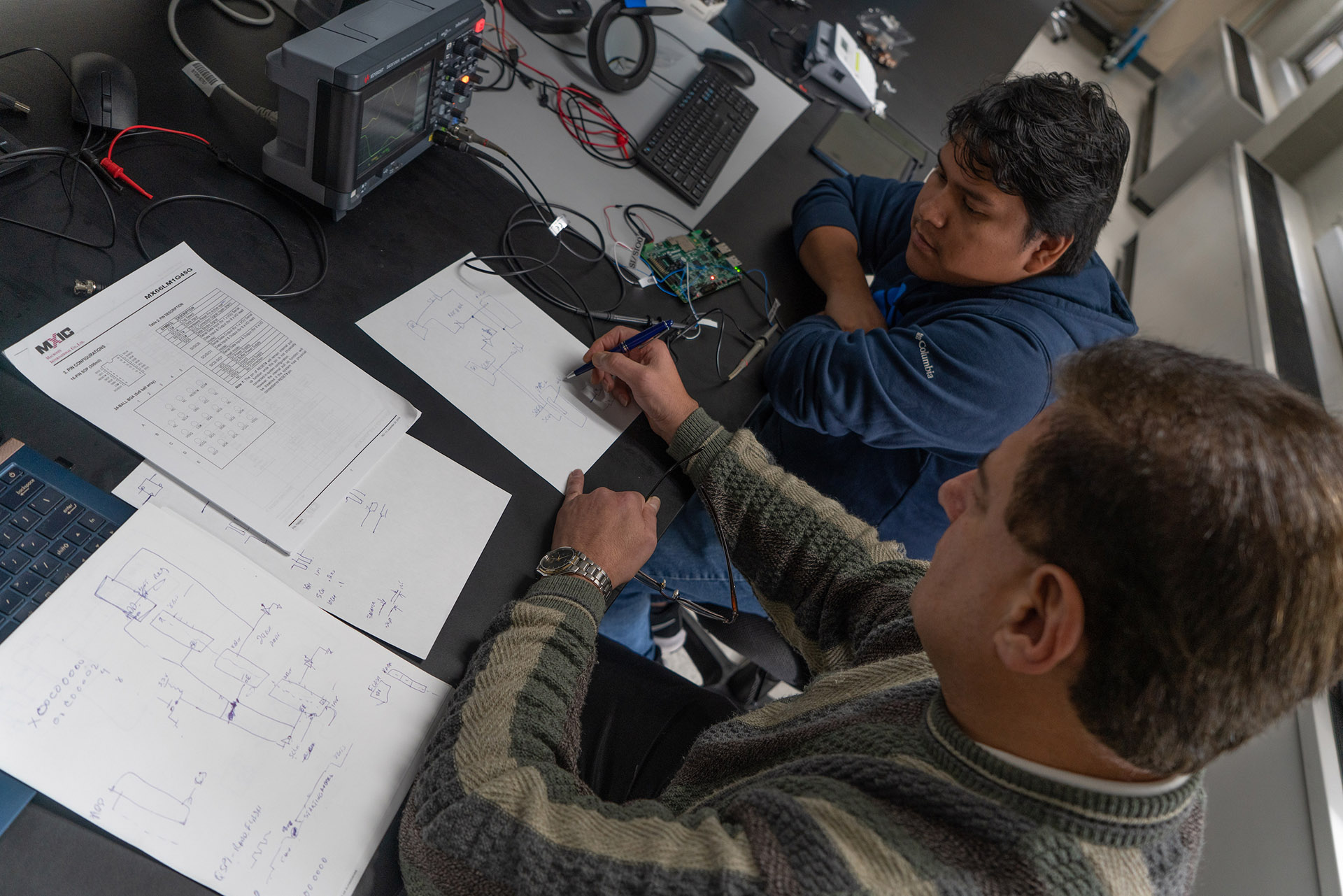 Babatunde was attracted to computer science by science fiction shows such as “The Matrix” when he was a child in Nigeria. He decided to attend Morgan while visiting his older brother, who was pursuing his bachelor’s degree in industrial engineering at MSU, in 2015. Babatunde says his real-life experience with computer science and as a student at Morgan have exceeded his high expectations.

“Being a full-time student at Morgan State University was just miles better than I expected it to be,” he says. “The professors were always happy to help. The organizations were always welcoming and supportive and encouraging you to be the best version of yourself.”

Babatunde says he picked up knowledge from all the areas of specialization of the Advanced Computing program and also learned and wrote a research paper about the futuristic field of quantum computing, as part of a group of IBM scholarship recipients.

“Morgan State is doing a great job of exposing students to what the future will require,” he says.

In terms of its current roster of academic offerings, Yu says, “Morgan is in a great position…. The credit goes to the faculty,” he adds. “They’ve come up with great ideas for new programs, great proposals and sound arguments for why these novel, innovative programs must be established.”

A complete listings of Morgan’s academic degree and certificate programs can be found online at morgan.edu/academicprograms.