Home / School of Engineering / About / Message from the Dean
SUB MENU

Message from the Dean 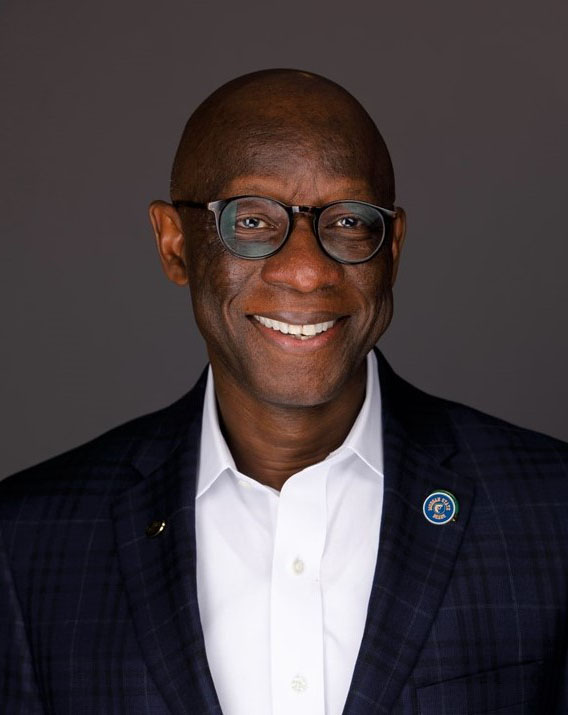 On behalf of the faculty and staff of the Clarence M. Mitchell, Jr. School of Engineering, I am excited that you’ve taken time to explore our engineering student experiences and to see who stand behind all of what we offer, our extraordinary faculty. Both are essential to building the dynamic learning environment we cherish. So now you might be asking yourself - Why Morgan State University? and Why the School of Engineering? Let me share information with you which I hope will help answer these questions.

Morgan State University is the Pre-eminent, Public Urban Research University in Baltimore, MD. We are committed to building programs that serve our community and address challenges faced now by society and those yet to be defined in the future. Our 10 colleges and schools build cultures that prepare its students to Grow the future and Lead the World.

Since its beginning in 1867, Morgan State graduates have contributed to and advanced every aspect of society from art and literature, government and politics, engineering and sciences and to sports. Notable alums include famed 20th century author and anthropologist Zora Neale Thurston, decorated four-star Army General William “Kip” Ward, publishing mogul and entrepreneur Earl G Graves, Sr, celebrated radio personality Joe Clair and famed music lyricist and jazz artist Maysa. Morgan recognizes potential to unleash talent and opportunity. We are ranked by the U.S. News & World Report among the top 20 historically black colleges and universities (HBCUs) in the United States for 2019 and among the top 20 HBCUs for Online Programs Offering, ranked by The Online College Plan.

The Clarence M. Mitchell, Jr. School of Engineering was established in 1984 by its founding Dean, Dr. Eugene Deloatch. And since then, the school has grown to consist of four departments — Civil Engineering, Electrical and Computer Engineering, Industrial and Systems Engineering and Transportation and Urban Infrastructure Studies —and several research centers that support 4 ABET accredited undergraduate programs as well as graduate programs at the master and doctoral levels. Our outstanding faculty are passionate educators in the classroom who are engaged researchers outside of the classroom seeking ways to improve society and humanity. Smart cities and adaptive structures, data analytics, cyber-security, advanced materials, communications, transportation and hydrology are just a few areas of interest to them.

Our student enrollment has also grown since then, now consisting of 1100 undergraduates and 105 graduate students. Students can participate in any number of corporate sponsored internships with companies such as Lockheed Martin, Northrop Grumman, Whiting-Turner, Maryland Department of Transportations to enhance career-readiness as well as work as undergraduate researchers if graduate education is in their futures. Student-led organization of professional societies to include NSBE, ASCE, SWE, and Tau Beta Pi ready our students to become leaders in the community and the workforce. And our record of accomplishments is worth reviewing. We rank 1st in the State of Maryland for Bachelor’s degrees awarded in Civil, Electrical, and Industrial Engineering, 3rd in the State of Maryland for Master;s degrees awarded in Electrical, and 1st in the State of Maryland for Doctoral degrees awarded in Engineering to African American. These statistics are just as impressive nationwide ranking Morgan 4th, 20th and 21st for Engineering degrees awarded to African Americans at the Bachelor’s, Master’s and Doctoral levels, respectively.

As the 4th Dean to lead the Clarence M. Mitchell, Jr. School of Engineering, I am humbled with the opportunity to do so recognizing that I have rich legacy upon which to build. Join us as we prepare to Grow the future and Lead the World.