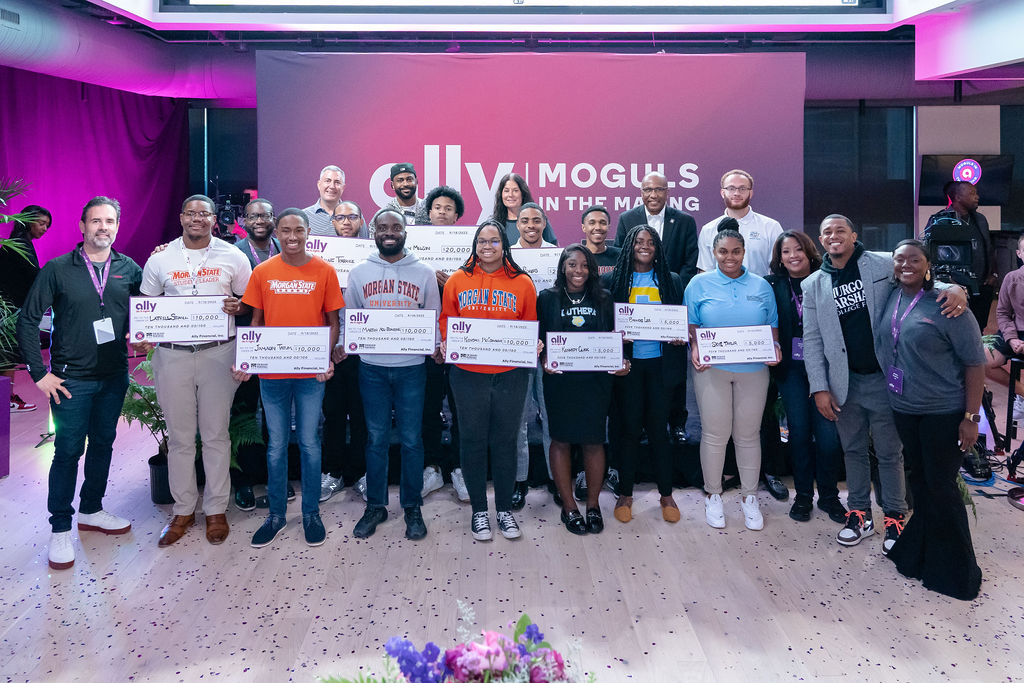 The Morgan State team placed second in a field of 15 HBCU teams with each member winning $10,000 in scholarship for their collective effort. Members included Jamaun Tatum, a junior majoring in Elementary Education major from the School of Education and Urban Studies; Latrell Stovall, a junior majoring in Electrical Engineering from the Clarence M. Mitchell School of Engineering; and Martin Adu-Boahene, a senior Information Systems major and Kendall McCollough, a junior Marketing major, both from the Earl G. Graves School of Business and Management partnered to design an art-infused mobile unit called Van-Go. Pooling on their diverse background, the team’s interdisciplinary approach to the Van-Go produced a novel concept which utilizes virtual reality and visual technology to assist youth in developing critical soft skills for business, including creativity, teamwork, and problem-solving skills. The immersive experience boosts self-confidence and enhances students' educational pursuits, leading to higher earning potential over the long term. Each Morgan student received a $10,000 scholarship.

“After personally watching the final rounds of this lively competition, I could not help but marvel at the shear creativity, savvy and unbridled intellect of the students competing in this year’s Moguls In The Making—especially our team from Morgan,” said David K. Wilson, president of Morgan State University. “Exceling beyond the classroom and commanding the national stage is representative of the transcendent educational experience that we preserve here at the National Treasure empowering our students to think critically, embrace innovation and challenge the conventional. Congratulations team Morgan and job well done!”

Moguls In the Making participants were tasked with developing an idea for how to support economic mobility in the host city of Charlotte, N.C. and create a business plan to put those ideas into action. The students were given the opportunity to work with multi-platinum artist, entrepreneur and philanthropist Big Sean and actor, entertainer and HBCU alumnus Terrence J. who shared personal experiences with students as inspiration. Each team was given 10 minutes to present their concept to a panel of judges, who awarded prizes to the top three teams based on their pitch. In addition, Ally mentors and team coaches worked with the students over a course of a weekend to develop different skill sets that can be utilized during the competition and in real life business scenarios.

Since the program's inception in 2019, Ally has employed 36 of the Moguls participants as interns and hired 12 of them as full-time employees across a variety of functions, including IT, marketing, product design and corporate services. In its inaugural year, Morgan fielded a top-ranking team who finished third in the national pitch competition.

“Moguls in the Making is an important initiative that is helping to bridge the racial wealth gap and support high achieving students by creating lucrative career opportunities,” said Dr. Harry L. Williams, President & CEO of the Thurgood Marshall College Fund. “Each year, these amazing students work together to solve a real-world challenge. They never cease to impress us with their ingenuity and initiative. We're proud to once again be part of this program, amplifying incredible, untapped talent.”