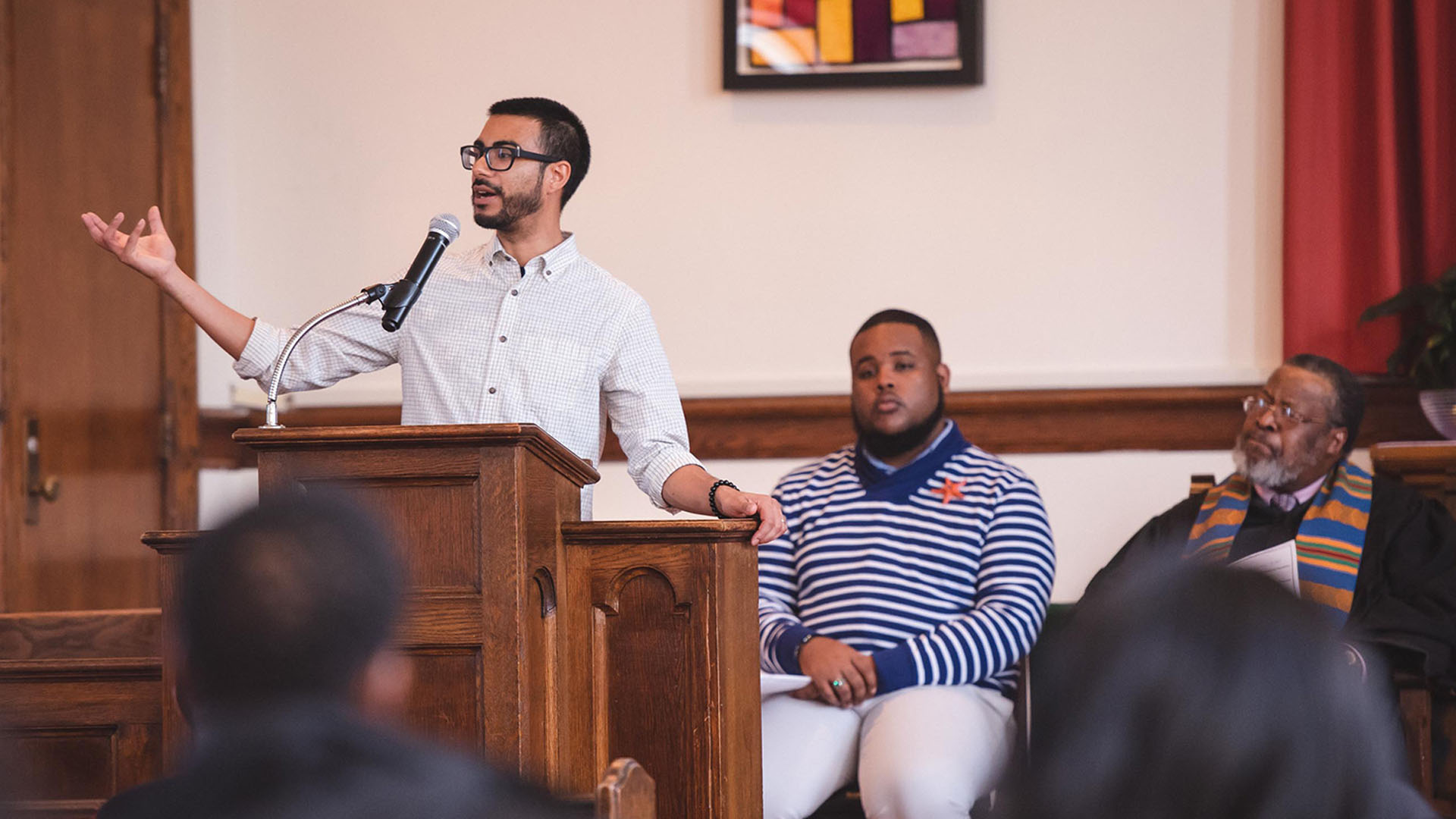 BALTIMORE — The Henry Luce Foundation has awarded Morgan State University’s Center for the Study of Religion and the City (CSRC) a $250,000 grant to build upon its work in Baltimore, expanding it nationally as part of a broader effort to support the development of public education and community engagements highlighting the impact of the COVID-19 pandemic and emerging visions of the common good. This marks the third grant CSRC has received from the Foundation, bringing the total support to date to nearly $1 million. The current grant will fund the Center’s “Good Life Project,” which seeks to learn from public wisdom through collaborative and life-giving community events in eight cities throughout the U.S., beginning with a recognition that a pre-pandemic “normal” was never an ideal for many Black and Brown communities.

The Good Life Project is led by Harold D. Morales, Ph.D., an associate professor in the Department of Philosophy and Religious Studies at Morgan and executive director of the CSRC, and Rupa Pillai, Ph.D., a senior lecturer of Asian American Studies at the University of Pennsylvania. Through the project, the Center will document, support and help bring to life visions of healthy cities in collaboration with religious, spiritual and moral leaders: leaders who have demonstrated a commitment to the work of racial justice. The collective comprises social justice leaders working with scholars at Historically Black Colleges and Universities, Tribal Colleges and Universities, and Hispanic Serving Institutions and will gather virtually to learn from and support each other, sharing emerging visions of the good life. The project began this summer and will continue through May 2022, convening communities in 14 cities nationwide.

“This is a critical juncture within our nation and city, as we collectively navigate this global pandemic in hopes of a positive conclusion, and we are extremely fortunate to have an organization like the Henry Luce Foundation supporting the grassroots-level work being done to assist the people in our communities throughout this period,” said David K. Wilson, Ed.D., president of Morgan State University. “It has been through the Foundation’s ongoing generosity that Morgan’s Center for the Study of Religion and the City has been able to touch so many people and now will be able to amplify their efforts profoundly.”

Morgan launched the Center for the Study of Religion and the City in 2018 with a grant from the Henry Luce Foundation in addition to support from the University’s James H. Gilliam Jr. College of Liberal Arts and the college’s Department of Philosophy and Religious Studies and School of Architecture and Planning. In June 2020, the CSRC was awarded $150,000 from the Henry Luce Foundation to address COVID-19-related needs through Restoration and Relief Work enabling the Center to document how marginalized communities in U.S. cities were impacted by the pandemic and how they responded to the crisis.

The new project builds on the work of last year not only to document the pandemic’s impact on religion in cities but also to engage with marginalized communities and reflect upon how they have responded to structural barriers and imagined better futures in light of lessons learned while in quarantine.

“With the support of Morgan State University and the Henry Luce Foundation, the spirit of collaboration can be marshalled to shift the national narrative from ‘returning to normal’ to seeking out healthier visions of the good life,” said Dr. Morales. “Religion and spirituality were at the core of my family’s story, and the church’s community aid helped us to survive food, health and housing insecurities. These experiences have shaped my understanding of how to work collaboratively with community partners for the greater good.”

Morales and Pillai have now recruited a team of scholars and community leaders nationwide. Each city project leader will work directly with partners to help develop community engagement events as well as a 30-minute documentary film collating footage from each city, oral histories and other digital materials that will also be archived on a website for our community partners, students, k–12 and higher ed teachers, and the public to access.

As a number of analysts are anticipating a post-pandemic renaissance, with increased personal spending and transformative investments in the nation’s infrastructure, many individuals are still mourning, wrestling with devastating losses and continued structural oppression. While communities are preparing for the aftermath of the pandemic and developing new visions of what’s possible, the Good Life Project will assist in developing a list of priorities and action plans.

“We all have witnessed and survived a lot in this past year, but not all in the same way,” said Dr. Pillai. “If anything, the inequities that became more pronounced and visible through the pandemic are definitely a call for us to rethink how we live, especially in relation to each other and to nature. This is an opportunity to be in conversation with others across the United States and reflect upon what we have experienced and are experiencing in this pandemic and to avoid rushing back to the way things were.”

The Henry Luce Foundation seeks to enrich public discourse by promoting innovative scholarship, cultivating new leaders and fostering international understanding. Established in 1936 by Henry R. Luce, the co-founder and editor-in-chief of Time, Inc., the Luce Foundation advances its mission through grantmaking and leadership programs in the fields of Asia, higher education, religion and theology, art and public policy.