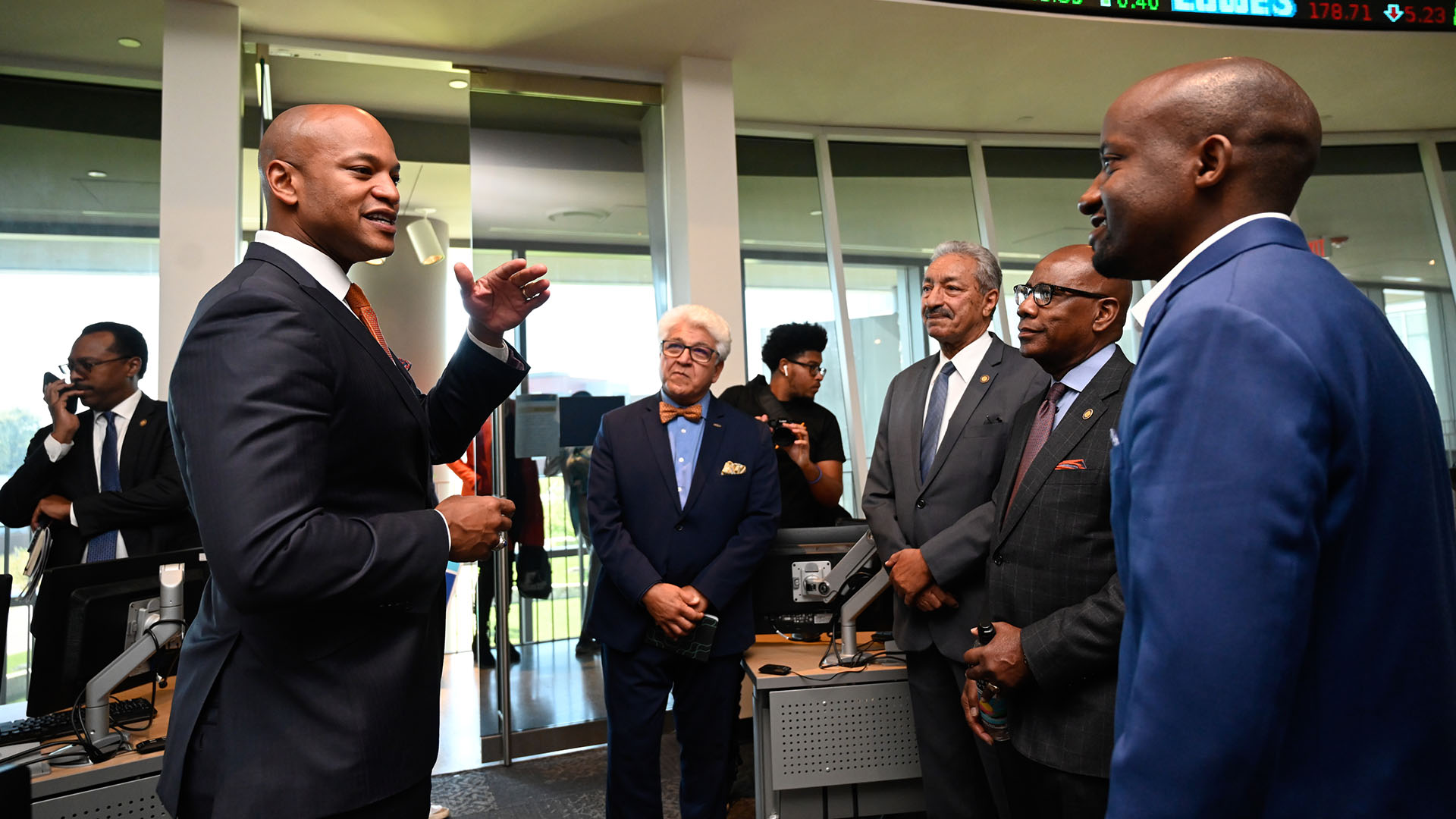 BALTIMORE— Morgan State University President David K. Wilson announced today that Wes Moore, Governor-elect of Maryland, will serve as the keynote speaker for the 9th Fall Commencement Exercises at the National Treasure. Coming off an historic election victory and becoming the first African American to serve as governor of Maryland, Moore returns to the campus of Morgan to deliver a message of inspiration and perseverance before an audience of more than 500 anticipated graduates, faculty, University officials and guests. The ceremony is scheduled to take place at Talmadge L. Hill Field House on Friday, December 16.

“We are honored to have Governor-elect Wes Moore as our fall Commencement keynote speaker. His character and commitment to living an impactful life reminds us of the values that we want our graduates to embody. His life story is a testament to our students that success can be achieved through the journey of personal development and personal choices, which include successes and failures,” said President Wilson. “Through his notable achievements, Mr. Moore has demonstrated that perseverance, fortitude, and being teachable are foremost on the pathway to achieving success. His experiences will encourage our students and their families to always aspire to excellence, discipline, integrity and a passion for public service.”

Throughout his extraordinary career, Moore has made his passion for public service and commitment to addressing the needs of underserved communities his primary focus. As the former CEO of the Robin Hood Foundation, one of the nation’s largest anti-poverty organizations, Moore is credited with distributing more than $600 million toward uplifting families out of poverty during his four years in leadership. As an entrepreneur, he built and launched BridgeEdU, an education-based startup focused on helping students transition into college through an array of services including mentoring, career counseling, and financial assistance. With a background in finance, Moore also held positions with Deutsche Bank in London and with Citigroup in New York. 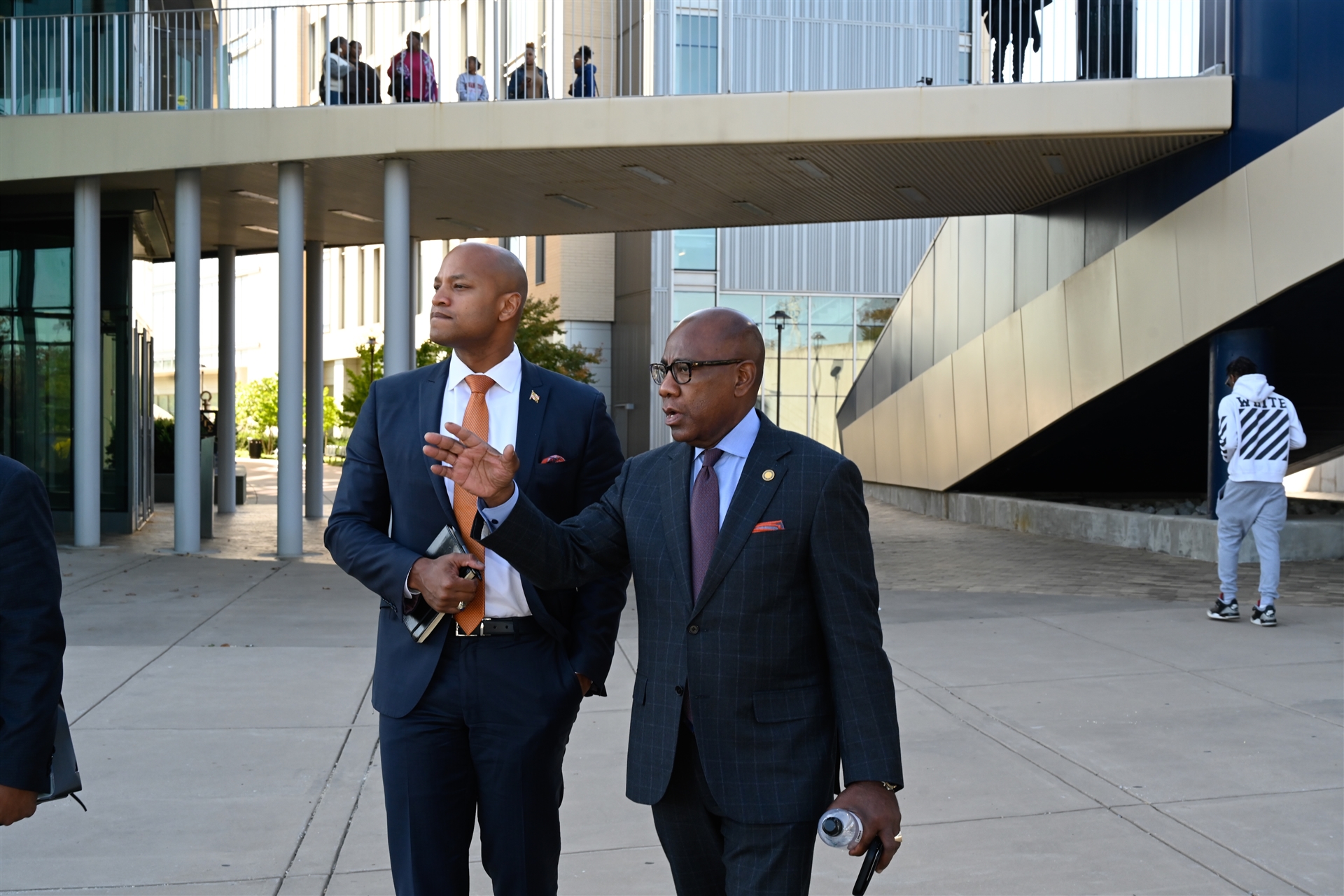 Moore graduated Phi Theta Kappa from Valley Forge Military Academy and College, earning an associate degree and completing the requirements for the United States Army’s early commissioning program. He would go on to attend and graduate from Johns Hopkins University, majoring in International Relations and Economics. As a Rhodes Scholar, Moore would earn a master’s degree in International Relations from Wolfson College at Oxford University. Following his educational pursuits, a career in the military would ensue. Moore went on to serve as a captain and paratrooper in the U.S. Army’s 82nd Airborne Division in Afghanistan, an elite division specializing in joint forcible entry operations. He also served as a White House Fellow to Secretary of State Condoleezza Rice, advising on national security and international relations issues.

Today, Moore stands as an accomplished and successful entrepreneur, as well as an award-winning author of several critically acclaimed books, including the New York Times bestseller, “The Other Wes Moore.” On January 18, 2023, he will be officially sworn into office during his inauguration as the next governor of Maryland. Recognized for breaking the glass ceiling and becoming the ‘first ever’ in many roles, House Speaker Jones will be awarded a Doctor of Humane Letters, honoris causa for her leadership and passion for public service in addition to the historic and pivotal role she played in the Maryland State Legislature’s passing of the HBCU settlement bill. Speaker Jones’s steadfast determination brought the 15-year lawsuit, brought on by the Coalition for Equity and Excellence in Maryland Higher Education on behalf of Maryland’s Historically Black Colleges and Universities (HBCUs), to an end through legislation. The HBCU settlement bill (SB1) was the first bill that she introduced, and the impact of its passage will be felt for generations to come. With the passage of the SB1, the State of Maryland sought to address the historic inequities in both resource allocation and degree programming within Maryland higher education awarding $577 million over ten years to Maryland’s HBCUs. In recognition of his dedication to the arts and shaping the University’s band program, Melvin Miles will be awarded a Doctor of Fine Arts, honoris causa, highlighting a lengthy career serving the Morgan State community. For nearly 50 years, Miles was the Director of Bands at Morgan, overseeing the Symphonic Winds, Jazz Ensemble, Jazz Combo and heralded “Magnificent Marching Machine” Marching Band, before retiring this past spring.

A Morgan alumnus himself, Miles is known for advancing the talent of students in the performing arts through the reinforcement of his love for music. During his tenure, students have performed for President Barack Obama at the White House and selected to participate in the Macy’s Thanksgiving Day Parade, The 147th Preakness, and the Monterey Jazz Festival to name a few. Throughout his career, he has received numerous awards including the 2017 Baltimore Jazz Hero, and the Skip Scarborough Foundation Award.