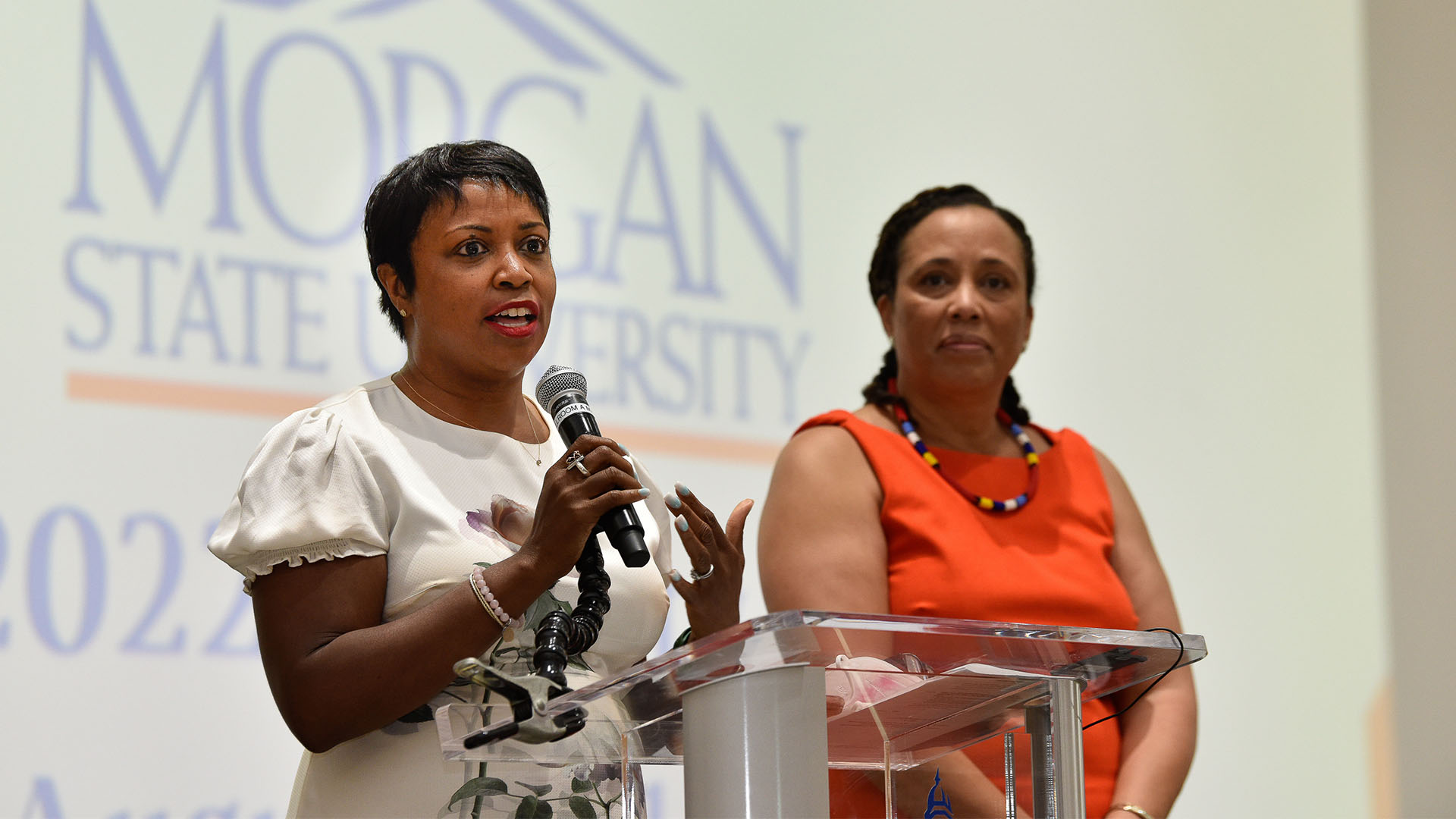 BALTIMORE — Morgan State University was recently named to the Executive Alliance’s 20/20 Honor Roll Gender Diversity in Maryland, a designation earned for having at least 20% women on the board of directors and in executive leadership. As an institution committed to diversity and gender equity, Morgan exceeds the Executive Alliance’s gender diversity criteria with 42% women on the University’s Board of Regents and 38% women on the President’s Senior Cabinet. This recognition lands Morgan among a small number of the state’s largest universities that have achieved the same representation of women in administration.

“As an institution of higher education, we are wholly committed to being an exemplar in upholding the ideals that embrace inclusiveness at every level here at Morgan. It is not our duty but is our responsibility,” said David K. Wilson, president of Morgan State University. “That is why we universally ascribe to the tenets of diversity as a core value exercised not just in theory or as a matter of discussion but embraced and exercised in practice. And so, recognition in this light has great value in demonstrating that Morgan is living up to its ideals in creating an environment in which diversity and inclusion—particularly gender equity—is the norm.”

The Executive Alliance serves as a community for successful women to increase their impact in roles in professional positions within the Greater Baltimore region. They uphold the vision to be the regional catalyst and authority on issues affecting women in leadership. Originally founded in 1992 as Network 2000, the organization works to advance the progression of accomplished women through advocacy, education and mentorship.

Since 2014, Executive Alliance has released the Census Report: Women Board Directors in Maryland which features the 20/20 Honor Roll for Gender Diversity. This is the first year the organization analyzed diversity on the boards of Maryland’s largest hospitals, non-profits or colleges and universities from the Baltimore Business Journal’s Book of Lists.

“We are very honored to be a part of Executive Alliance's inaugural list of universities with women at the helm of leadership,” added Wilson. 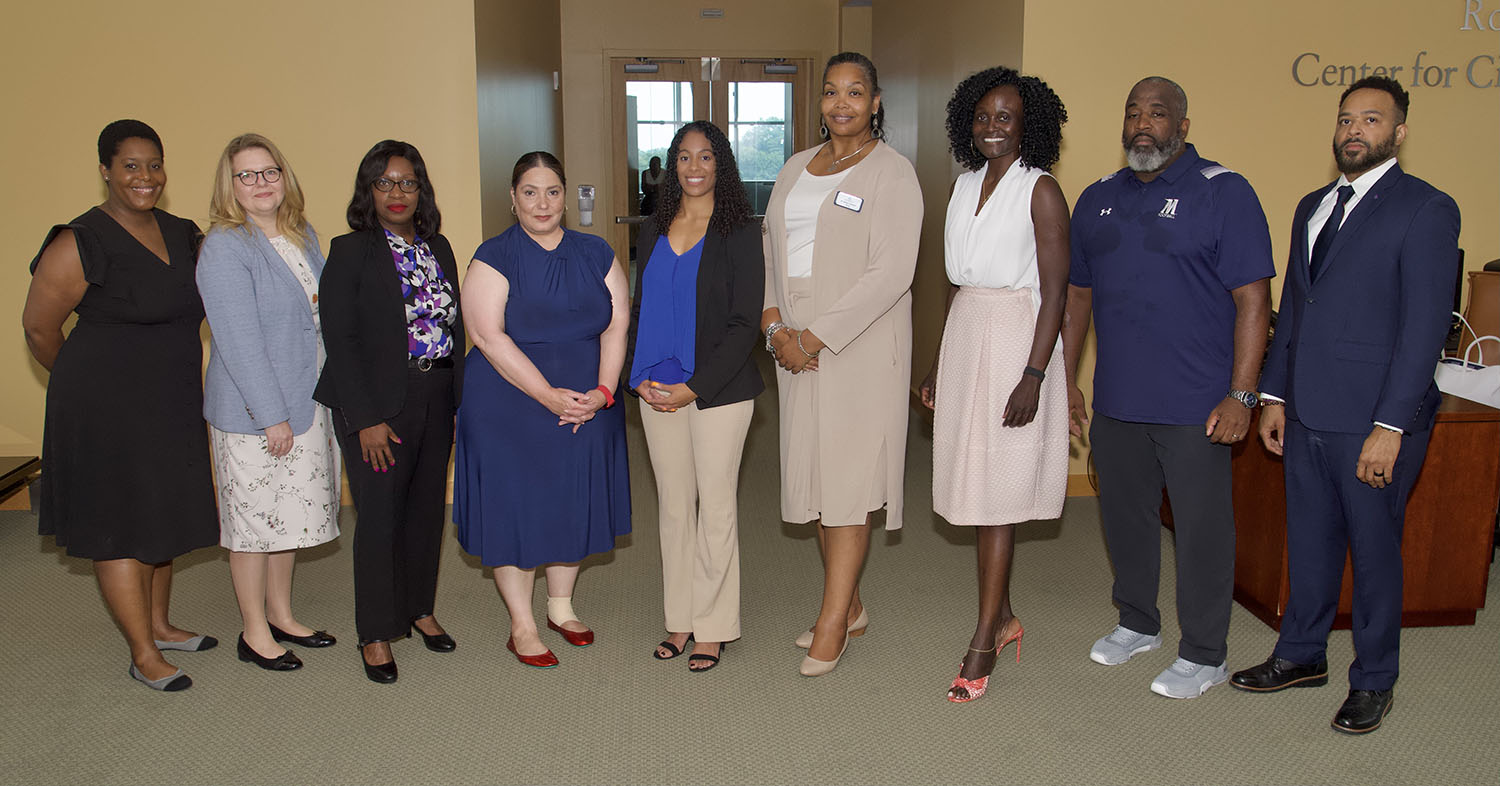 Recent appointments to key leadership positions at Morgan have contributed to the University’s longstanding diverse administration. New hires managing a variety of units, including Human Resources, Alumni Relations, Procurement and Property Control, the University Counseling Center, the Honors College and the new Center for Innovative Instruction and Scholarship are not featured in the 20/20 Honor Roll designation due to their recent occupation. However, each of the roles referenced have been filled by women, further increasing diversity among Morgan’s staff across a wide range of university units.

In addition to the administrative positions fielded on campus, Morgan has put in place measures to not only address diversity among its faculty but also the equity of their pay. As reported by The Chronicle of Higher Education, salaries of Morgan’s female full professors are the second highest of public doctoral institutions in the U.S.

About Morgan
Morgan State University, founded in 1867, is a Carnegie-classified high research (R2) institution offering more than 140 academic programs leading to degrees from the baccalaureate to the doctorate. As Maryland’s Preeminent Public Urban Research University, and the only university to have its entire campus designated as a National Treasure by the National Trust for Historic Preservation, Morgan serves a multiethnic and multiracial student body and seeks to ensure that the doors of higher education are opened as wide as possible to as many as possible. For more information about Morgan State University, visit www.morgan.edu.