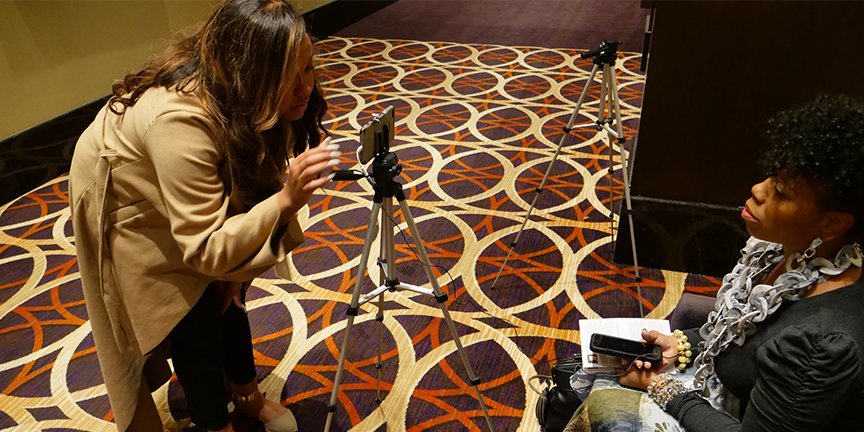 “We appreciate the investment being made into Morgan State University,” said DeWayne Wickham, dean for the School of Global Journalism and Communication at Morgan, and the past president and founding member of the National Association of Black Journalists. “The NBCU Academy is a 'put-your-money-where-your-mouth-is' commitment to newsroom diversity. It is a partnership of substance that strengthens our faculty and enhances the ability of our students to enter the journalism profession heavily armed with the skills they need to succeed.”

“Creating an inclusive culture for journalism that represents the communities we serve is at the very core of what we do,” said NBCU News Group Chairman Cesar Conde. “Through NBCU Academy, we have the opportunity to widen our extraordinary legacy by building on-ramps for a talented generation of journalists and storytellers who—for so long—may have been overlooked.”

NBCU Academy will invest a total of $6.5 million to the initiative, including scholarships worth $3.5 million over the next two years. In addition to providing equipment and collaborating with professors to develop seminar courses, NBCU News Group journalists, executives and management from editorial and production teams across NBC News, MSNBC, CNBC and Telemundo will participate as guest lecturers to provide real-world insight and mentorship.

In June 2020, Comcast NBCUniversal announced a multi-year $100 million commitment to help address systemic racism and inequality. NBCU Academy is part of that pledge and focuses on providing tools, resources, and platforms for young, underrepresented voices. In July 2020, NBCU News Group announced the Fifty Percent Challenge Initiative, an aggressive action plan to turn the NBCU News Group employee base to be 50% women and 50% people of color.

About the School of Global Journalism & Communication

The School of Global Journalism & Communication, created in July 2013, is led by founding Dean DeWayne Wickham, a former columnist for USA TODAY and a founding member and former president of the National Association of Black Journalists. The school is dedicated to giving voice to people who struggle to contribute to the public discourse that shapes the nation and the world through innovative teaching, cutting-edge research and exemplary service to Maryland, the nation and the world. The school seeks to instill students with the skills, knowledge and training necessary to become effective communicators and to add to the diversity of thought in the media.