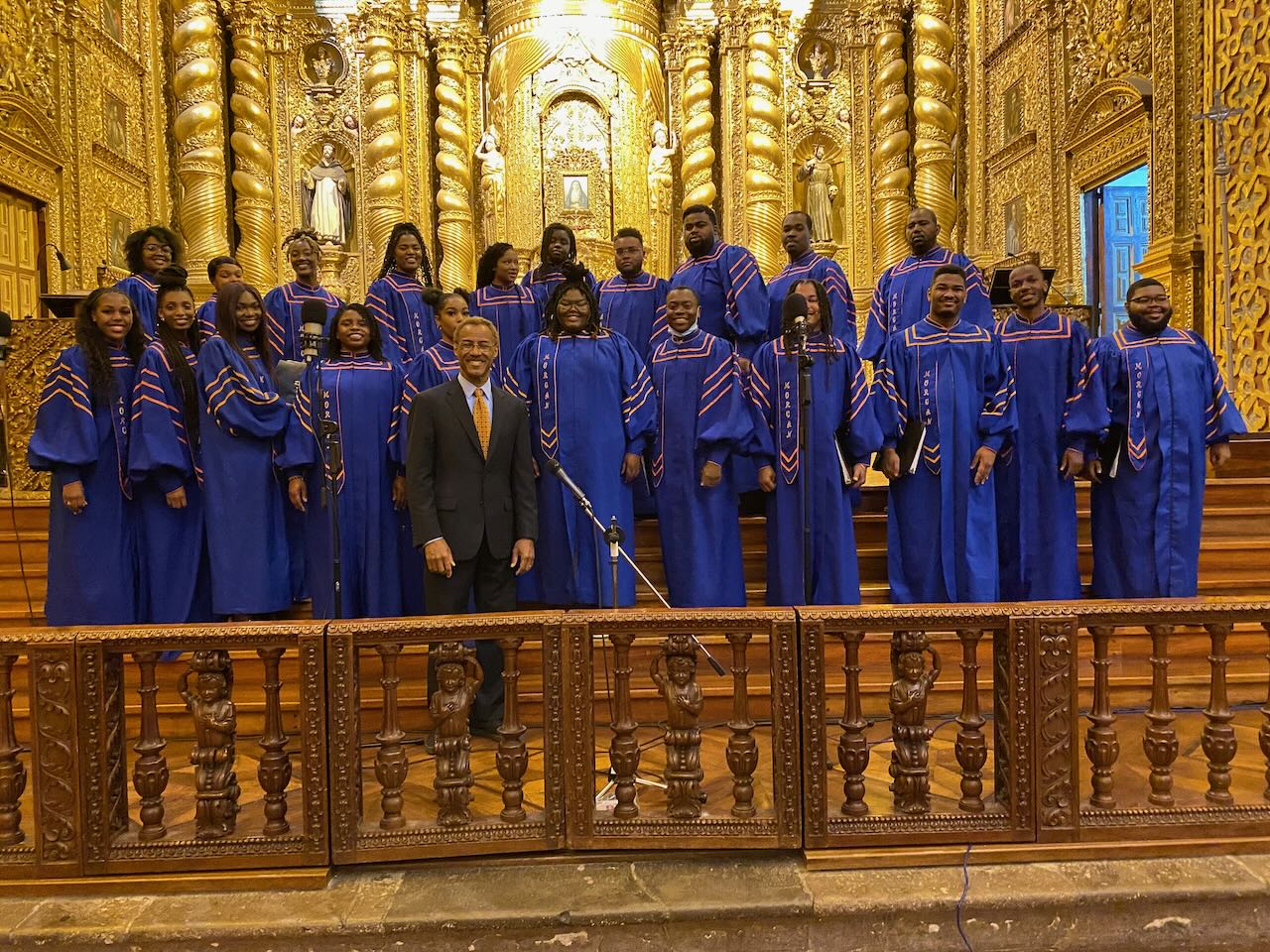 For the first time in three years, since before the start of the pandemic, the Morgan State University Choir dusted off their passports to share their talents in a long overdue cultural exchange of song, music and riveting vocal performance. Led by director, Dr. Eric Conway, the Choir toured South America for a span of nine-days, where they performed four full concerts in front of sold-out audiences, thousands of feet above sea level.

This was no easy feat! The choir spent five days traveling through Peru where they performed two concerts. The journey was treacherous and locations for the concerts were sometimes more than 12,000 feet above sea level, which led to the occasional minor bout of altitude sickness for some within the group.

The tour included stops in Machu Picchu, one of the seven wonders of the world; the Galapagos Islands; and Quito, the second-highest capital city in the world. During their South American stint, the Choir ingratiated locals with performances of the famously popular Peruvian songs "Y Se Llama Perú,” and the Ecuadorian favorite, “A Mi Linda Ecuador.”

Days 1 and 2 / Destination: Sold out Performance in Lima, Peru

Day 8 / The Land of Volcanoes

Day 9 / Concert in the Clouds