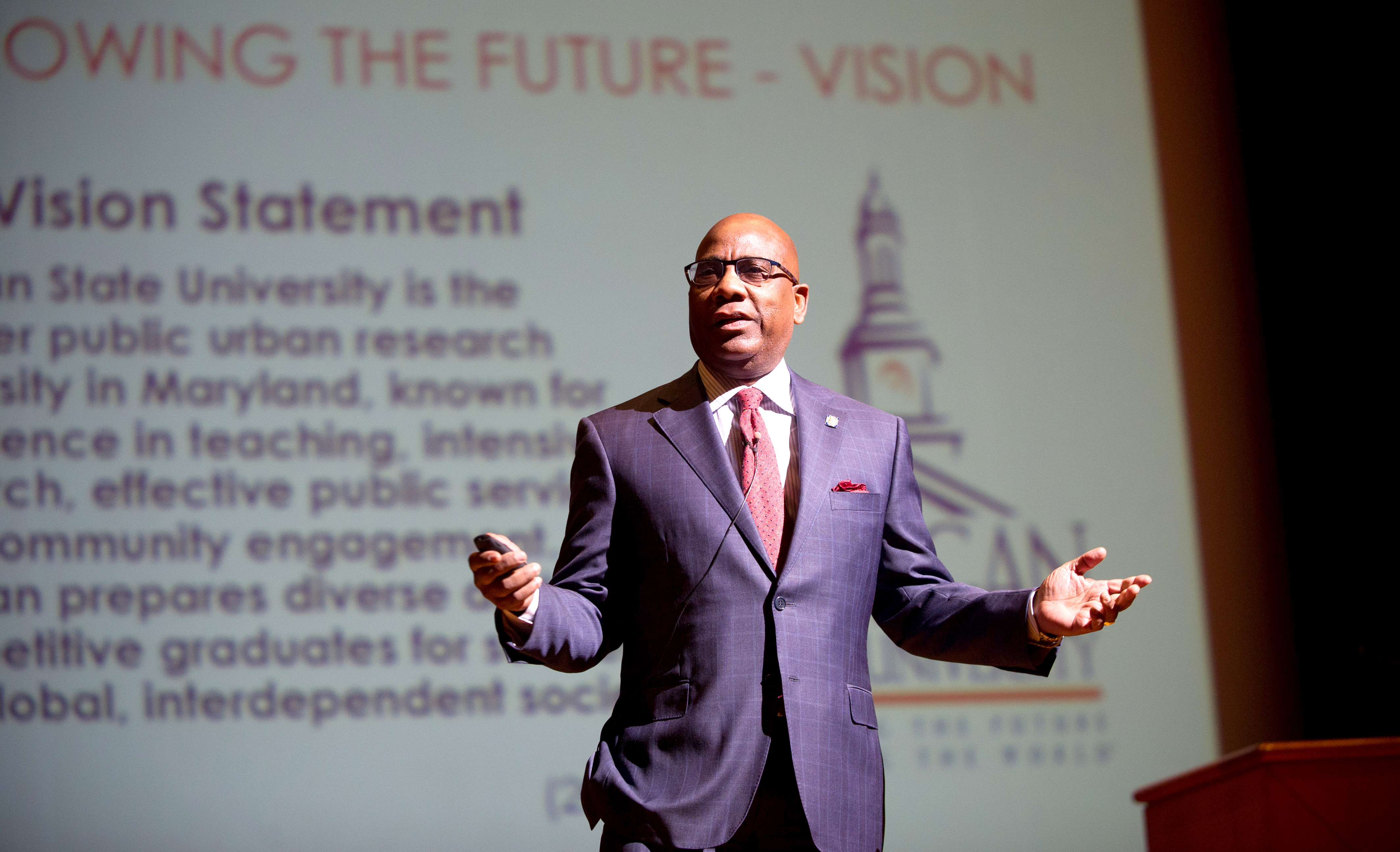 The American Academy of Arts and Sciences (AAA&S) has elected Morgan State University President David K. Wilson, Ed.D., as a 2022 member in the category of Educational and Academic Leadership. President Wilson is among the 261 newly elected AAA&S members recognized for their accomplishments and leadership in academia, the arts, industry, public policy and research. He joins other notable new members such as actor Glenn Close, novelist Salman Rushdie, political scientist Erica Chenoweth, painter Sam Gilliam and clinical psychologist Terrie E. Moffitt.

“We are celebrating a depth of achievements in a breadth of areas,” said David Oxtoby, president of the Academy. “These individuals excel in ways that excite us and inspire us at a time when recognizing excellence, commending expertise and working toward the common good are absolutely essential to realizing a better future.”

Per the Academy, Wilson’s election signifies the high regard in which he is held by leaders within higher education and AAA&S members throughout the nation. He will be officially inducted during a ceremony to be held in Cambridge, Massachusetts, in 2023.

“This is an unexpected and very high honor. I am humbled by the Academy’s decision to elect me for membership in such a prestigious and storied organization,” said Dr. Wilson. “I look forward to joining the ranks of leaders and innovators at the summit of their fields, and I relish this opportunity to contribute to the betterment of society while advancing the Academy’s mission.”

Concurrent with his AAA&S election, President Wilson was named to the Maryland Daily Record’s 2022 Power 30 in Higher Education, marking his second year on the list. The Power 30 in Higher Education recognizes presidents and other senior administrators leading their colleges or universities; policymakers charting a course for the future; advocates striving to improve access and equity; and faculty members on the cutting edge of research and the liberal arts.

Founded in 1780, the American Academy of Arts & Sciences serves as both an honorary society that recognizes and celebrates the excellence of its members and as an independent research center convening leaders from across disciplines, professions and perspectives to address significant challenges.

“The Academy was founded on the belief that the new republic should honor truly accomplished individuals and engage them in meaningful work,” said Nancy C. Andrews, chair of the Academy’s Board of Directors. “The Academy’s dual mission continues to this day. Membership is an honor, and also an opportunity to shape ideas and influence policy in areas as diverse as the arts, democracy, education, global affairs and science.”

The complete list of new AAAS members can be viewed online.