Early in the spring Queneia Harley-Burkeen, the newly hired education coordinator for the National Summer Transportation Institute (NSTI), had to decide.

Should NSTI, a four-week program to interest middle and high school students in transportation, be offered virtually or in person come July? What would a virtual NSTI look like without the signature field trips of previous years, and would Zoom-fatigued students sign up? Would an in-person program risk students' health and would the campus even be open by then?

Harley-Burkeen opted for a virtual program, a decision that at first seemed limiting as restrictions were lifted but proved to be prescient as the Delta variant emerged. Twenty-five middle and high school students signed up for the program, which was shortened to just four hours a day to avoid computer fatigue.

"We selected an awesome group of students," Harley-Burkeen said. "I am so proud of their efforts to get the most out of the program. Every day students arrived ready to be engaged and contribute positively. They asked meaningful questions. This summer's NSTI just affirmed what I already knew to be true - kids will always thrive and have fun no matter what's stacked against them when compassionate adults provide safe, nurturing environments for them. Yes, even during a pandemic. And, yes, even via a laptop!" 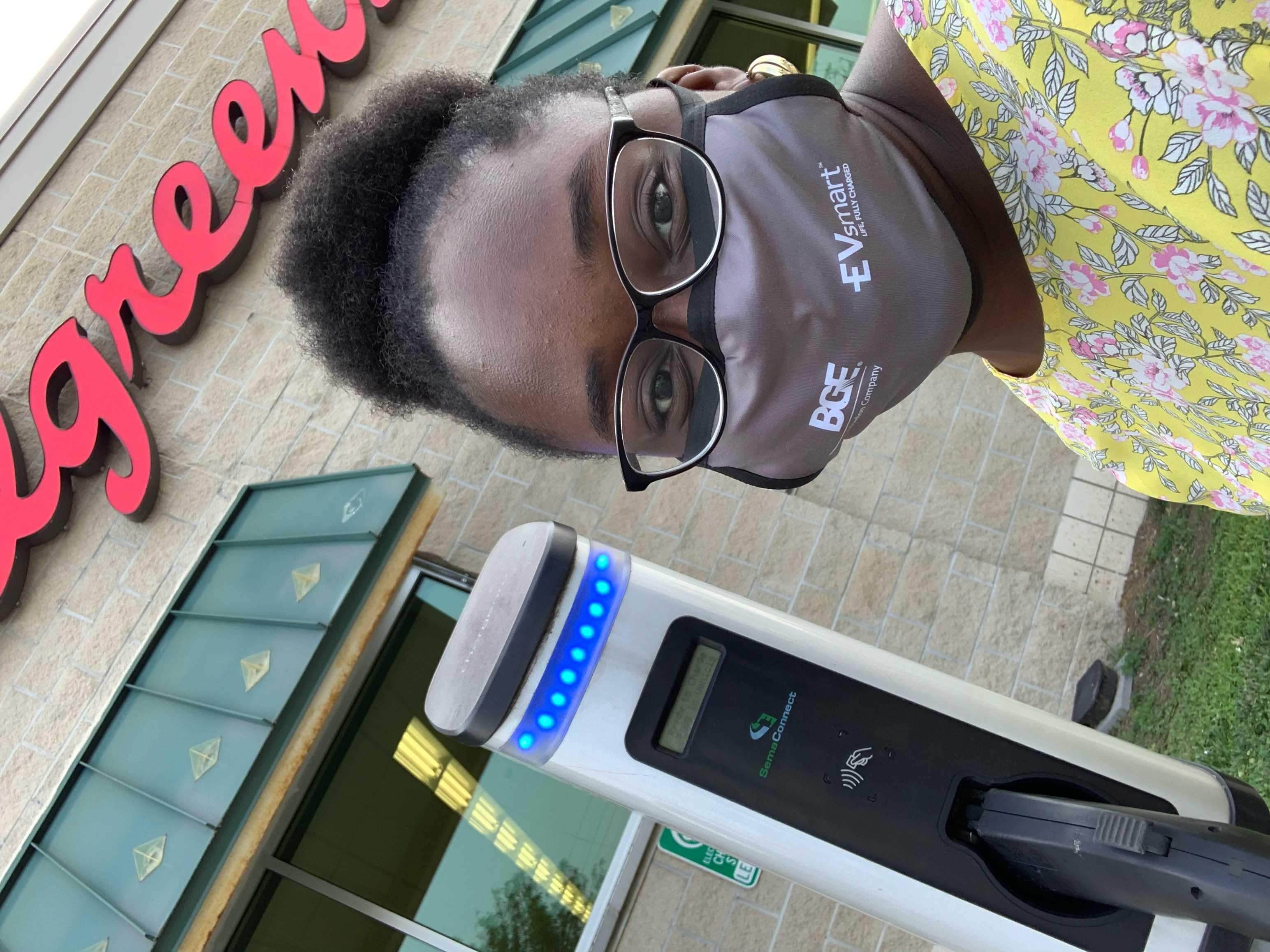 "Even if it's virtual forever, it's a fun, engaging program," Ayo Osunkiyesi, a middle school student, said.

Osunkiyesi said he particularly enjoyed learning about the commercial licensing requirements to drive large vehicles. He was also intrigued by ways to make roads safer for bikes.

Praise Durojaiye, 12, said she plans to major in psychology and is interested in space, too, but "I was really intrigued by the different activities and how psychology is used in transportation." She added, "I really enjoyed that they gave us materials where we do hands-on activities."

A favorite of all the students was building an individually designed NASCAR car with Legos.

Dylan Redden, a high school student, said, "I thought the program was amazing. It's nice seeing people of color succeeding." He learned about the opportunities in the transportation field. "I didn't really know how many different and various jobs there are," he said. "The most interesting to me were the people who worked in ships that imported goods - and how much we rely on other countries."

Ryann Samuel, 14, attended from Pennsylvania, and she most enjoyed the community of her fellow students. She's interested in becoming a lawyer but she also likes transportation.

"I enjoyed our bridge-making activity," Samuel said. "I enjoyed that I could take it down and try a new activity to make it more stable." She added that the program also made her aware of the dangers of distracted driving, and "I learned there were more aspects to transportation that I didn't know."

Dr. Mansoureh Jeihani, director of both the National Transportation Center and the Urban Mobility & Equity Center, which together administer NSTI, agreed.

"I was amazed at how well the students engaged and interacted virtually," she said. "They were so interested and asked such good questions." 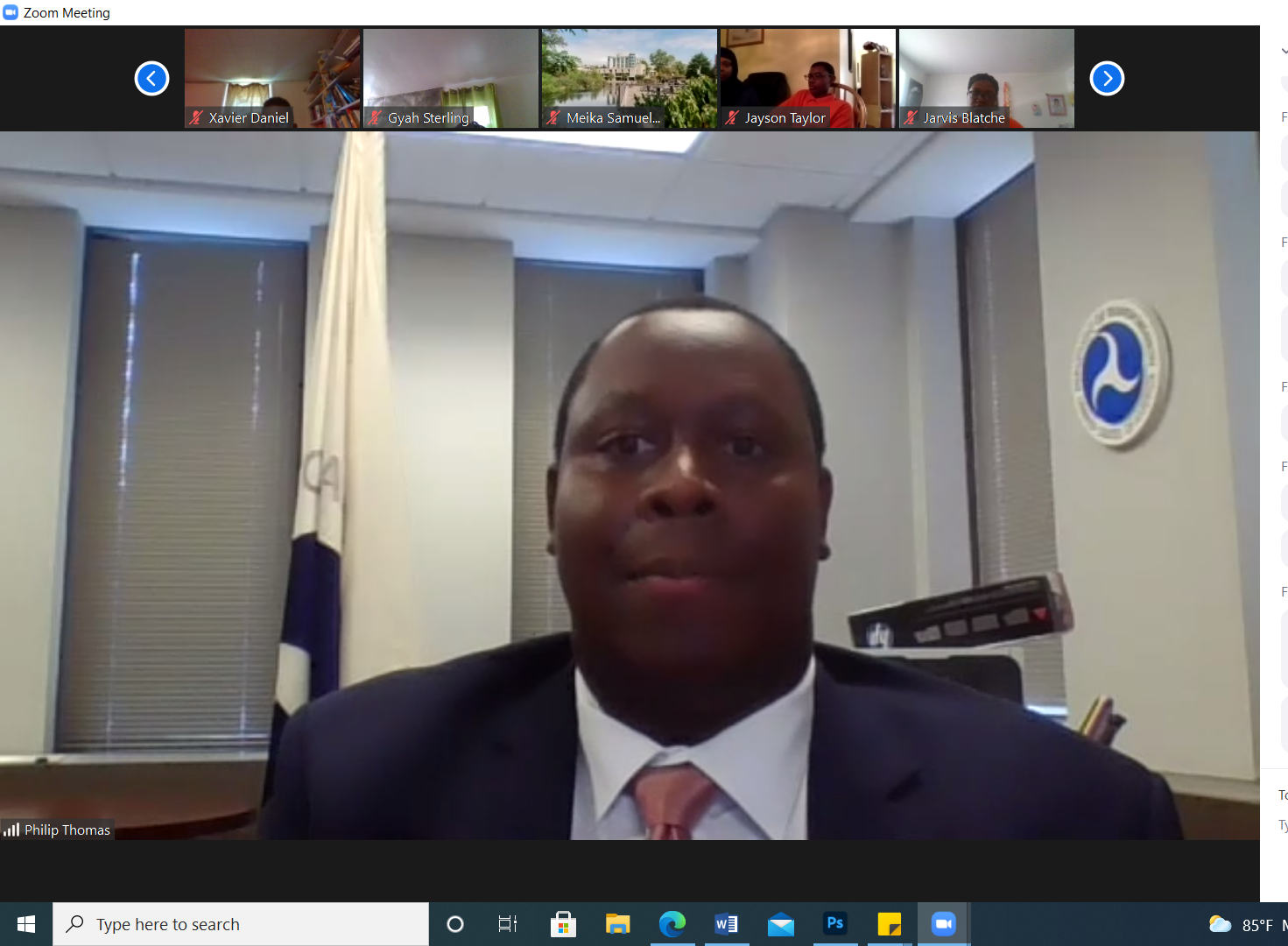 Upon completion of NSTI, the students earned a stipend and, for 11th- and 12-graders if they eventually enroll in Morgan's B.S. degree program in Transportation Systems Engineering, a $1,000 scholarship. The virtual program concluded with - what else? - a virtual celebration.

Focusing on safety, decision making and leadership qualities, keynote speaker Philip Thomas III, director of the Eastern Service Center Regional Office of the Federal Motor Carrier Safety Administration, said, "Safety is one of the most important roles of government ... we can't say we've done our job until there are zero highway fatalities ...In the highway safety world, we are hyperaware of using the term crash instead of accident because after all safety doesn't happen by accident."

The students were riveted by a story he told about a pilot who successfully landed a crippled Airbus by thinking back to his early days flying a Cessna.

As students think about careers, he offered this advice: "If you're only thinking about your next step you have no idea where it will lead you, but if you think about where you want to go and then think backwards it will take you there."