Our students, staff and faculty maintain a number of partnerships with neighboring institutions and community members throughout the region. Through not-for-credit workshops in film and animation, not only are our faculty able to develop lasting relationships with this community, but we give our students a chance to apply their skills through filmmaking, teaching and mentoring young creatives.

One such partnership is our relationship with the Baltimore Youth Film Arts program, a multi-institution and community imitative that offers Baltimore City residents ages 16 to 29 the opportunity to learn camera skills, refine storytelling techniques, and create films and photographs to be shared at public screenings and exhibits and on the program website.

THROUGH CUT TO FINAL CUT: THE EDIT

In this short, intensive post-production workshop, student fellows completed a pair of films scripted in the summer 2019 workshop Story to Script: The Short Screenplay and shot in the fall workshop Script to Film: The Rough Cut. The workshop was divided into two parts, off-line editing and on-line editing, with each film passing through three phases of review: rough edit, fine edit (during the off-line) and final edit (during the on-line). In part one, fellows reviewed footage, tightened narratives, adjusted pacing, clarified atmosphere, and added music or effects where needed; moving through the steps of "acquire," "organize," "review & select," "assemble," "rough cut," "fine cut," and "picture lock." In part two they corrected color, refinde audio, and designed titles; moving through "mastering" and "final delivery." The result was be polished short fiction films suitable for submission to film festivals.

SCRIPT TO FILM: THE SHORT SCREENPLAY

This screenwriting workshop took student fellows from concept to story to short script. Through analysis of screened films and discussion of produced feature screenplays, they learned about structure, visual storytelling, character and scene design, and effective dialogue. They considered what makes a good story with respect to genre and form, and what kinds of stories can best be told in short format on a small budget. Then through in-class and at-home writing exercises, group table readings, and constructive critiques of one another's work, each fellow developed a complete screenplay for a short film (5-10 minutes).

This filmmaking workshop introduced basic methods, processes, and techniques of cinematic action photography for motion pictures. This includes the use of mounted vehicle cameras such as GoPros, and the use of drones for aerial photography. The workshop took as its subject the motorcycle club Urban Curves to address the dramatic growth of black women riders, mechanics, and racers. The October 2008 issue of EBONY labeled the African American motorcycle market a $500 million dollar secret, and women number 4 out of 10 of new motorcycle enthusiasts. 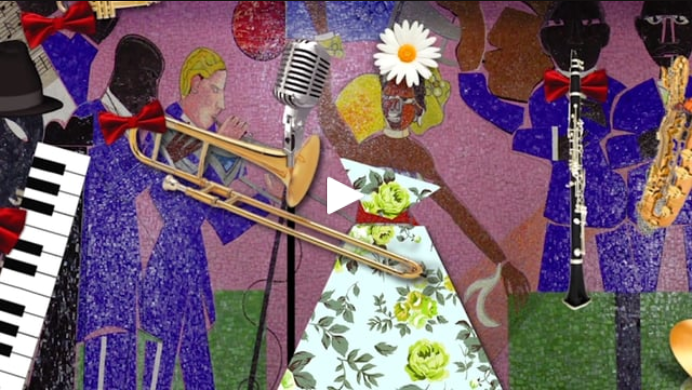