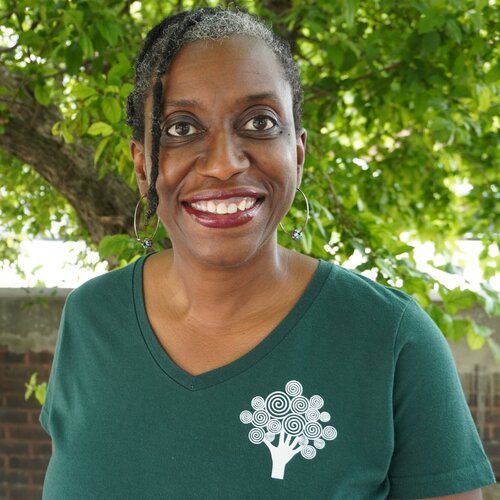 The announcement of the anticipated arrival of a new baby by two pink lines on a pregnancy test can be a time of mixed feelings and emotions for a woman and her partner.  It is a time filled with surprise, excitement, anxiety, and the consideration of the possibilities of carrying forward the family name, traditions, and rituals, and yes, a legacy. In this moment, it may not enter the minds of families the current state of the world as being such a violent place. As of last week, the total number of homicides by gun for the year in Baltimore City was 104. During April, there were 32 homicides (gun-related) and 54 nonfatal shootings, and just last week, there were three fatalities by gun.

When we peak into the recently released Baltimore City Child Fatality Review five-year report by the Baltimore City Health Department, we see that “from 2016 to 2020, 208 children from birth to age 17 living in Baltimore City died in unusual and unexpected circumstances, with homicide as the leading cause of child fatality for youth ages seven to 17. Victims were killed by a non-relative third party, and 24 children from birth to age seven were killed by a parent or caregiver”. The report highlights that the victims of fatality were mostly vulnerable infants and toddlers and 16- and 17-year-old youth who struggled in school and were involved in the juvenile justice system. Overwhelmingly, 90% of children who died were children of color, and their caregivers were grappling with many structural factors compounded by racism, including substance use, mental health disorders, domestic violence, abuse and neglect, poverty, and living in violent neighborhoods. Sadly, 66% of the children were found to have four or more adverse childhood experiences (ACE’s), which reveals the exposure to high levels of trauma in their lives (Child Fatalities in Baltimore City: 2016-2022, 2021).

This violence is not what expectant families envision for their unborn child. It is not the manifestation of our ancestor’s tear-filled prayers for a better life. It is not the vision of what residents desire or deserve in Baltimore City or any community. Those of us who work in maternal and child health are all too familiar with how homicide and community violence impact families. According to the Center for Disease Control, over the past 15 years, homicide is a leading cause of pregnancy-associated deaths in the United States. Homicide, suicide, and overdose are the leading cause of pregnancy-associated deaths. In addition, according to the CDC, “Black women ages 25-29 are 11 times more likely as White women in the same age group to be murdered while pregnant or in the first year after childbirth” (Sharps, Laughon, & Giangrande, 2007 as cited by IDVAAC, 2015).

African American women are approximately seven times at risk of homicide as white women, and women aged 19 or younger were at higher risk than those aged 30 or older, with almost 55% of the deaths caused by guns. Merely being pregnant can place the expectant person at great risk for an early death while being in a relationship with her partner due to intimate partner violence. Expectant women confirm this research in their sharing of their perinatal traumatic experiences of being afraid and stressed while managing and navigating relationships and the exhausting toll it takes on their mental and physical well-being during pregnancy.  They speak of being afraid to pick up their children from school because they may see an angry partner or his current “crazy in love” interest. They share of being afraid to go home because front doors are broken and not secure or missing prenatal appointments because fingerprinted bruises are on their neck, and, yes, the fear of going to work because their partner may show up and cause a scene.

This stress and trauma weigh heavily on the expectant person, the unborn child, the family, and the community. During one of the most sensitive periods of her life, a pregnant woman becomes the barometer, showing the toll of environmental stressful conditions on her health and the babies’ health and well-being. The first and second (early) trimesters of a pregnancy are the most critical periods of the baby’s development. If the body responds to these stressors by releasing stress hormones this can potentially signal a woman’s body to start the birth process too soon, and the baby is at risk of being born early or small for its gestational age.

The hope of the family and parents is at risk during early pregnancy because of community violence. It is not just the risk of violence that puts the expectant woman and the baby in danger, but the proximity to violence, how close she or her family is to this violence. Did they see it, hear about the violent incident, or were family members/friends impacted by the community violence? One study from Sao Paulo, Brazil, showed that the stress related to these experiences can threaten the health of a women during pregnancy and fetal health. This study showed that it is through the internalization of the stress of simply being “close” to community violence, generally, a .6-mile radius away may contribute to the racial disparities seen in pregnancy complications, intrauterine growth restriction, small for gestational age, low birth weight and preterm births. (Santos, et. al.2021) The closer the pregnant woman resides to higher concentrations of violent crimes is associated with adverse birth outcomes.  Therefore, community violence has a rippling and crippling effect on everyone in the neighborhood, not only for pregnant women. Just this week, I received a report from the Baltimore City Health Commissioner, Dr. Letitia Dzirasa, stating that Baltimore City is experiencing a surge in infant deaths over the past five months, with nine infants dying while in unsafe sleep environments. Baltimore City has not seen these numbers for many years. The increase in infant sleep-related deaths is also influenced by community violence.

For far too long, our communities have been caught in the grip of violent, traumatic experiences, increased police surveillance, lower economic growth opportunities, food apartheid, and a decrease in safe spaces for walking and recreation. Community violence includes shootings, police brutality, gang wars, bullying, domestic and foreign terrorist attacks, sexual, emotional, and physical abuse/torture, and assaults in the home, workplace, and neighborhood. This exposure is toxic, isolating, and it is not bound by geographic region, jurisdiction or zip code. This violence is random; we don’t know the date or time of when it will occur. It influences our daily decisions, which routes to travel, our mode of transportation, and it determines our associations, all out of fear. The late Coretta Scott King, the first lady of Civil Rights and the wife of Rev. Dr. Martin Luther King Jr. described what I call the social determinants of violence as “starving a child is violence. Suppressing one’s culture is violence. Neglecting school children is violence. Punishing a mother and her family is violence. Discriminating against a working man/woman is violence. Ghetto (public) housing is violence. Ignoring medical care is violence, and contempt for poverty is violence”. (King, C. 1968)

Future and current social workers, I cannot think of any other profession that is better trained and positioned to assist in creating change in community violence. We are uniquely connected to many of the systems and structures that act as the precipitants of violence. Many of these systems sorely need to be dismantled and reformed (education, child welfare, health care, behavioral health care, juvenile justice, transit, and housing, systems). Social workers are aware of the importance of taking a multisector approach when creating system change. We also value the importance of including representatives from the communities most impacted by violence and historically harmful policies to lead the change. Social workers use self-reflection to learn how their various identities may influence their perceptions of community violence, and they know how to challenge biases as they work cross collaboratively to advocate for change. Social workers lead with strengthens, and with a deep respect of community members’ gifts, skills, wisdom, and talents that are needed to make deep, transformational change.

In this moment, our profession is called to not only consider the biopsychosocial factors that contribute to violence but also to consider the lack of spiritual attunement and the lack of acknowledging and honoring the spirit that lives in each of us and in the land before violence. We are called to disentangle ourselves from being hostages of violence in all forms. We are called to renounce the oppressive nature and capitalist values embedded in our violent culture and country. We are called to “name the terrors” and “lament the loss,” as coined by renowned theologian Rev. Dr. Emilie Townes. We are called to create and find sacred communal spaces like peace talking circles from the African and Aztec indigenous traditions that allow us to reflect, process, heal and restore our strength to persevere.  Yes, we are called to lean deeply into the faith and spiritual practices that offer peace, transform our hearts, and renew our minds, and stir up love and compassion for each other. Blessed is the one who makes peace. May we walk together, children and not grow weary. Let us co-create peaceful communities that will welcome and keep our precious little ones safe so they can grow and to live to their fullest potential……dreams no longer deferred, but they embody the glorious manifestation of the answered prayers of their ancestor!