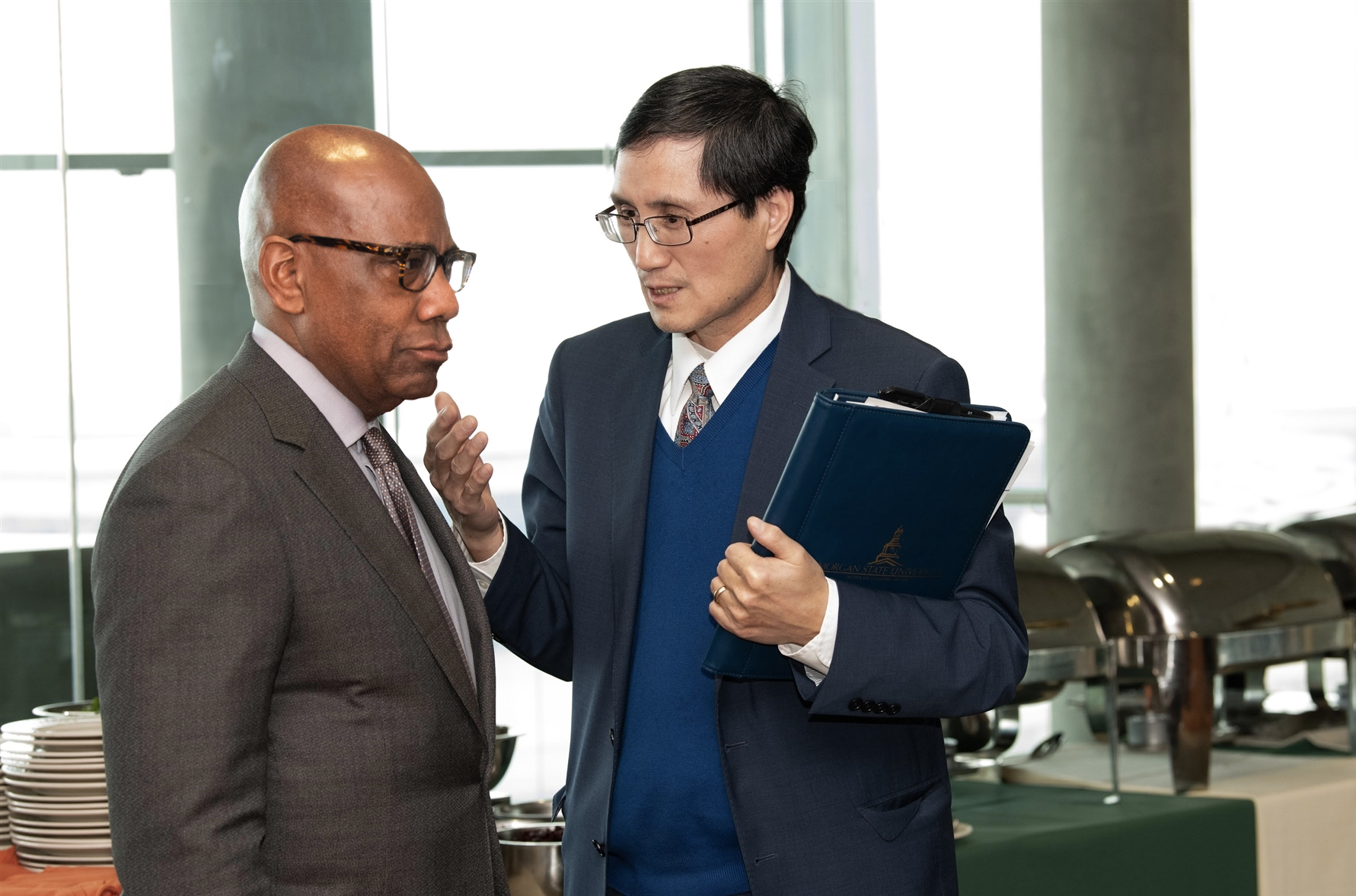 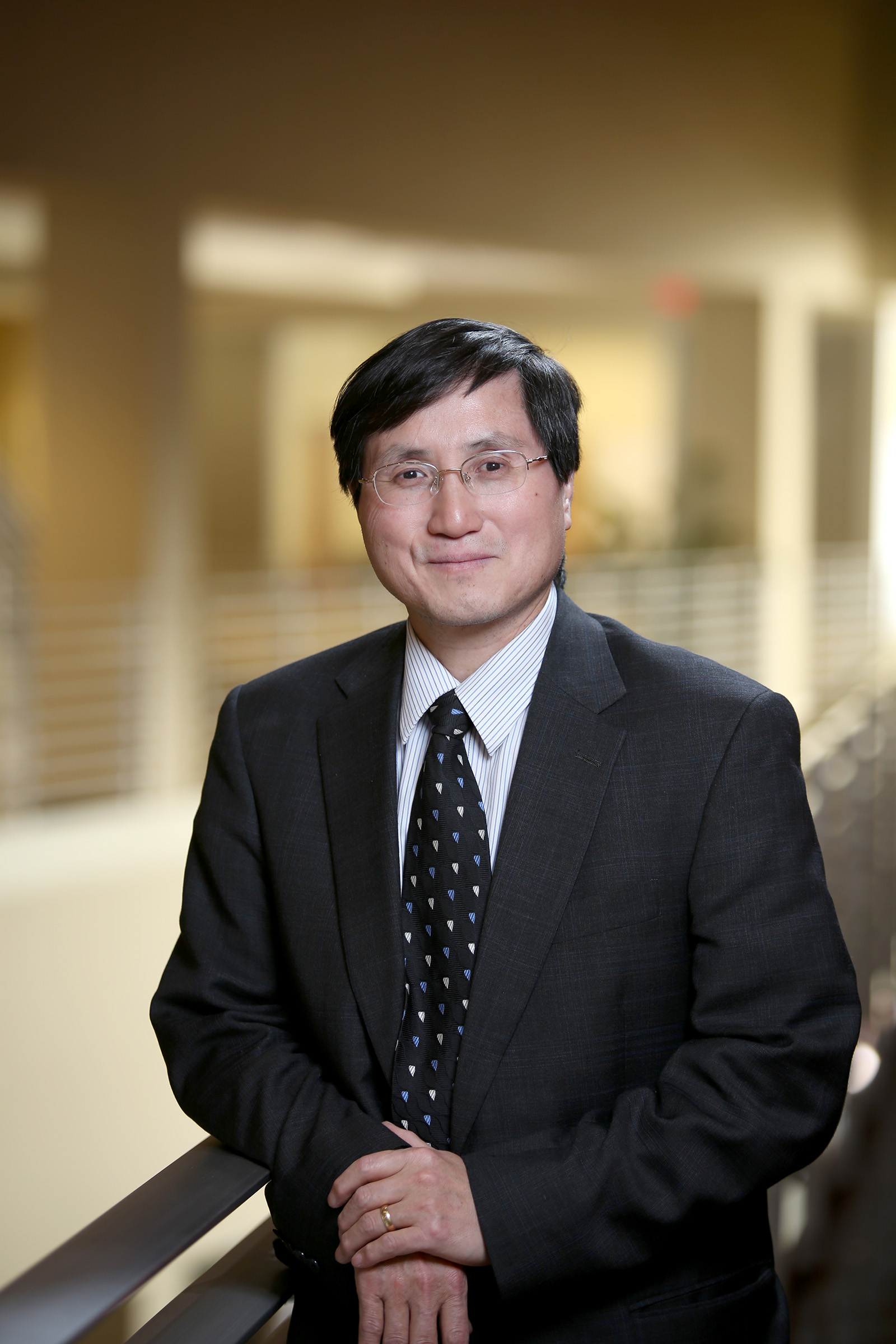 Dr. Yu most recently served as dean of Morgan’s School of Computer, Mathematical and Natural Sciences (SCMNS). Since his arrival in 2016, he has successfully guided SCMNS into becoming one of the fastest growing schools at Morgan, surpassing several key university metrics and milestones. An accomplished academic and research chemist with more than 30 years of postsecondary education experience, Dr. Yu has amassed a distinguished career with a portfolio that includes facilitating innovative strategic and academic program growth, shared governance, research development and interdisciplinary research, as well as program and research-focused grant funding. A decorated and highly accomplished scholar and higher education administrator, Dr. Yu has cultivated a stellar record of advancing diversity within higher education and is a staunch advocate for diversity, and student and faculty success.

“Without equivocation, Dr. Hongtao Yu has the ideal experience, leadership, gravitas and academic achievement needed to fulfill the role of provost. His vision aligns with the goals in our strategic plan and is compatible with our North Star aspiration—which is to be a world-class, top-shelf urban research university strongly rooted in the HBCU tradition of excellence. Morgan is rapidly ascending, and Dr Yu can work with our faculty and deans to expedite our transformation,” said President Wilson.

As provost and senior vice president for Academic Affairs, Dr. Yu will be responsible for oversight of Morgan’s academic mission, administering direct supervision for all academic units, support services and operations, including coordination of all academic programs. In addition, he will work in concert with the University’s Division of Enrollment Management and Student Success (EMASS) to expand Morgan’s momentum in enrollment, retention, and graduation rates. The deans of the schools and college and directors of the library, centers, and institutes will report to the provost.

“I am truly humbled by this appointment and eager to serve Morgan in this new expanded capacity with a continued commitment to enriching and expanding the academic experiences for all of Morgan students,” said Dr. Yu. “Morgan is at a pivotal point in its history, spurred by successive years of sustained growth. The opportunity that awaits is unparalleled and I look forward to working closely with President Wilson, our faculty, students and network of partners to enhance our academic and research programs at all levels en route to reaching R1 status."

As dean, Dr. Yu successfully overhauled the school’s curricula at the undergraduate and graduate levels modernizing programs to provide an academic experience that is competitive and practical, and introducing several new degree programs, including Coastal Science and Policy (B.S.), Cloud Computing (B.S.) and Advanced Computing (M.S.). He was instrumental and intimately involved in securing a $14.2 million National Institutes of Health (NIH) grant to establish a Center for Urban Health Disparities Research and Innovation: RCMI@Morgan. Dr. Yu’s commitment to advancing Morgan’s research output and increasing the university’s presence within the scientific community is evidenced in the school’s expanded funding which currently resides between $10-12 million annually and more than $35 million in active grants.

“Dr. Yu is a phenomenal leader and an internationally-recognized researcher who has engineered a compelling career with historic achievements, including the transformation of academic departments and schools within the HBCU landscape in measurable and meaningful ways. He has demonstrated nothing but positive results during his tenure as dean, and I am eager to work with him in this new capacity as he leads our faculty and academic administration toward Morgan achieving a R1 classification,” continued Dr. Wilson.

Dr. Yu also implemented several new policies and guidelines to streamline processes and improve efficiencies, including developing a faculty annual evaluation instrument, instituting a promotion and tenure guideline, and implementing a faculty workload policy, among others. SCMNS has succeeded milestones across many key university metrics including significant increases in conferred degrees (at all levels), graduation rate (42.3%) and retention rate (both within major at school – 67% and at Morgan – 80%).

Prior to his tenure at Morgan, Dr. Yu dutifully served as faculty member and chair of the Department of Chemistry and Biochemistry in the College of Science, Engineering and Technology at Jackson State University. His department was previously ranked nationally among the top 50 chemistry departments, a distinction achieved by no other HBCU in the nation. He has received numerous recognitions for his commitment to diversity and advancing diversity, equity and inclusion among researchers, postdocs, doctoral candidates, and the advancement of faculty peers.

Among Dr. Yu’s numerous awards and honors is the 2011 Stanley C. Israel (Southeast) Regional Award for Advancing Diversity in the Chemical Sciences, the HBCU Pioneer Award from the National Organization for the Professional Advancement of Black Chemists and Chemical Engineers (NOBCChE), Diversity Award for Excellence by the Mississippi Board of Trustees of State Institutions of Higher Learning, the Mississippi State Legislature’s HEADWAE Outstanding Faculty Honoree Award, and the National ChemLuminary Award for “Best Activity with Underrepresented Minority Students and/or Organizations” from the American Chemical Society. 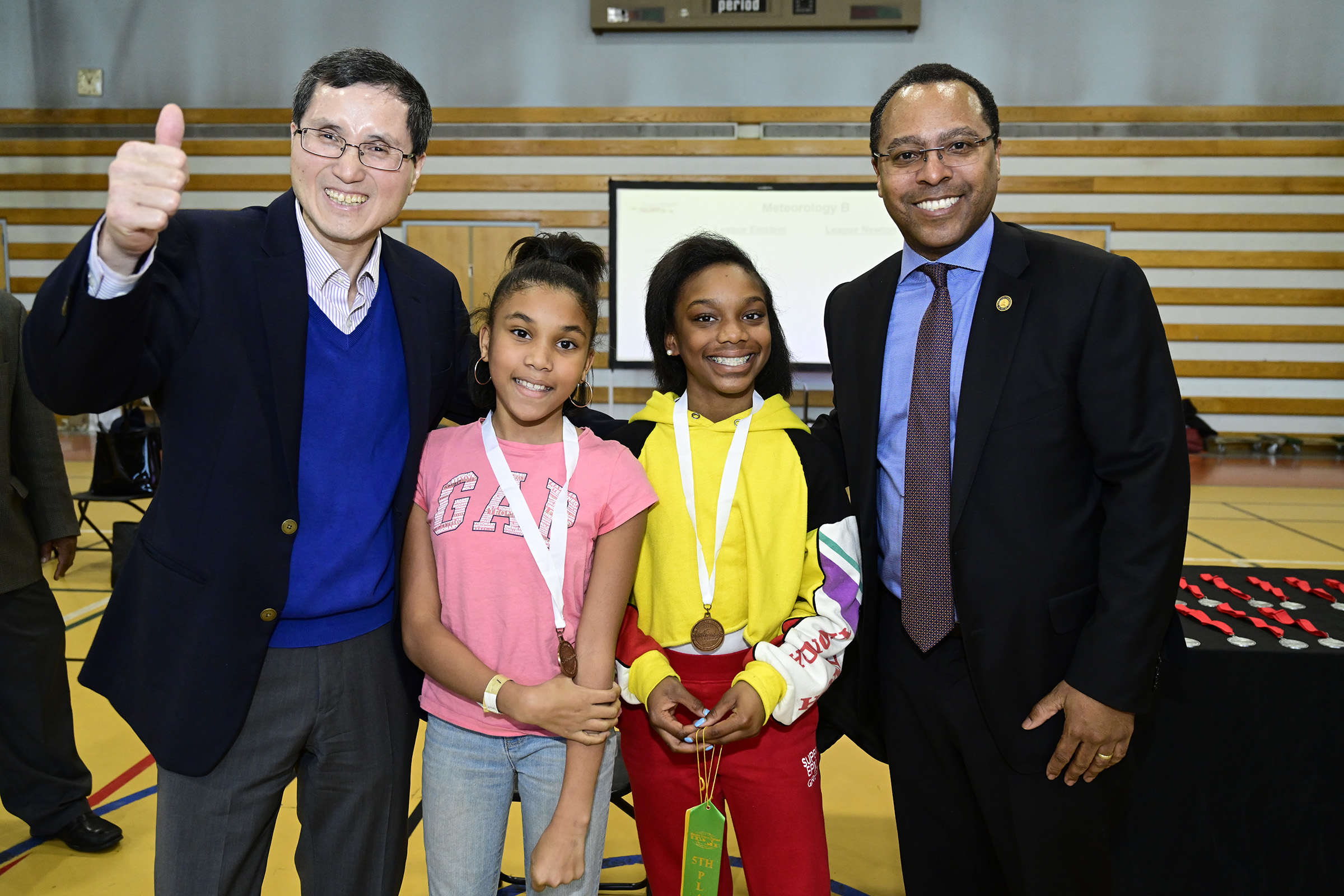