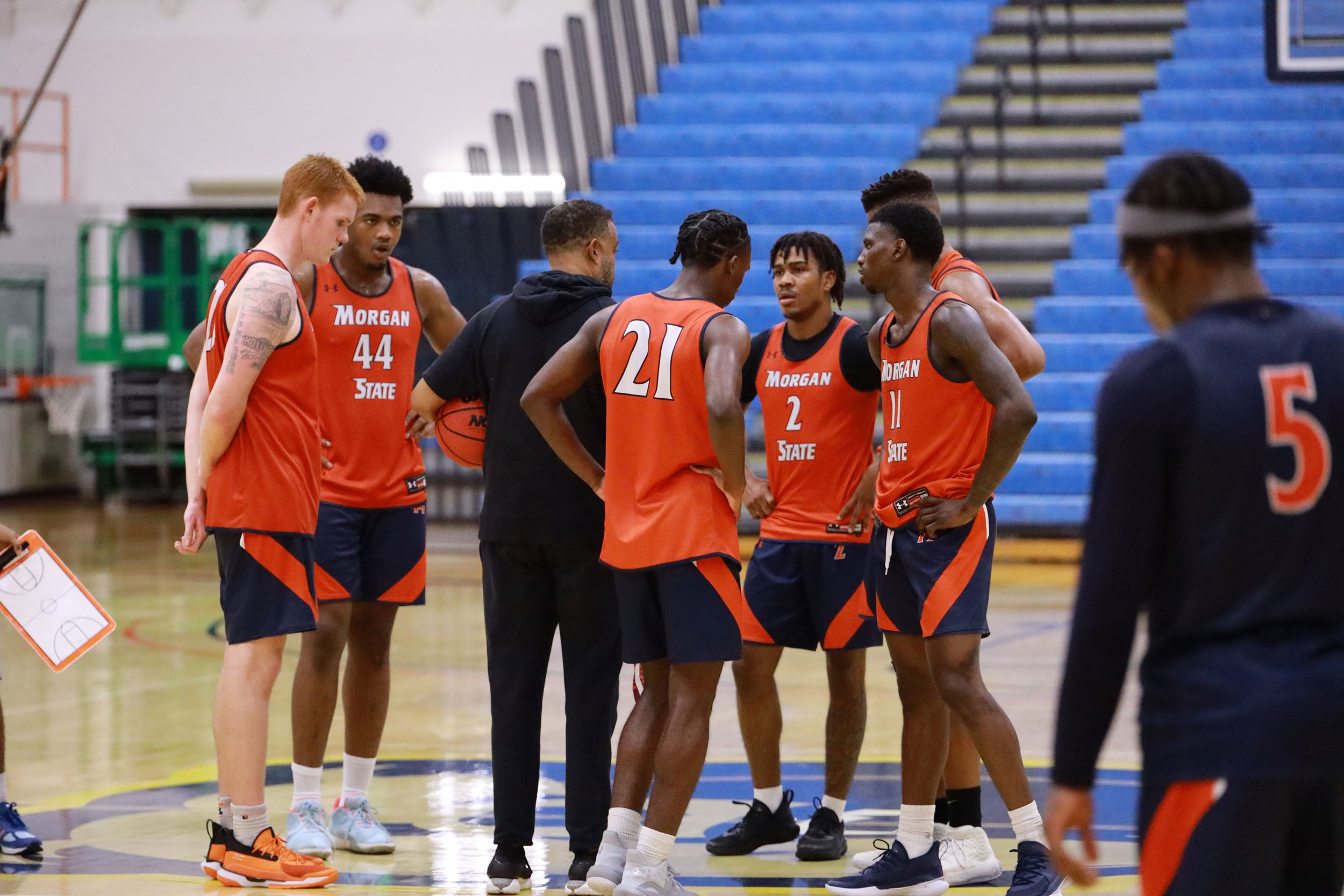 BALTIMORE — The NBA today announced the first-ever NBA HBCU Classic presented by AT&T will be simulcast on TNT and ESPN2 on Saturday, Feb. 19 at 2 p.m. ET as part of NBA All-Star 2022.  The Mid-Eastern Athletic Conference (MEAC) matchup between the Howard University and Morgan State University men’s basketball teams will take place at the Wolstein Center in Cleveland, Ohio.  As part of the NBA’s and AT&T’s respective ongoing commitments to HBCUs, they will donate $100,000 to each school’s athletic department, totaling $200,000, to support facility upgrades, student-athlete academic resources and health and wellness services.

Coverage of the MEAC matchup will begin at 2:00 p.m. ET on TNT and ESPN2, with host Stephanie Ready (Coppin State University alumna) and analysts Isiah Thomas (NBA 75th Anniversary Team member) and Stephen A. Smith (Winston-Salem State alumnus).  Play-by-play announcer Brian Custer (Hampton University alumnus) will call the game alongside analyst Brendan Haywood with Taylor Rooks reporting from the sideline.  SiriusXM NBA Radio will also carry an original broadcast of the game with play-by-play announcer Jason Jackson and analyst Rick Mahorn (Hampton University alumnus) on the call.  Tickets for the game are currently available at NBAEvents.com and through the NBA Events App, which can be downloaded in the Apple Store or Google Play Store.

Prior to the start of the game, award-winning actress, musical artist and TV personality Keke Palmer will perform the national anthem and “Lift Every Voice and Sing” accompanied by the Howard University Showtime Marching Band.  NBA All-Stars, members of the 75th Anniversary team and celebrities will be in attendance to experience the HBCU celebration and support the student-athletes and institutions. 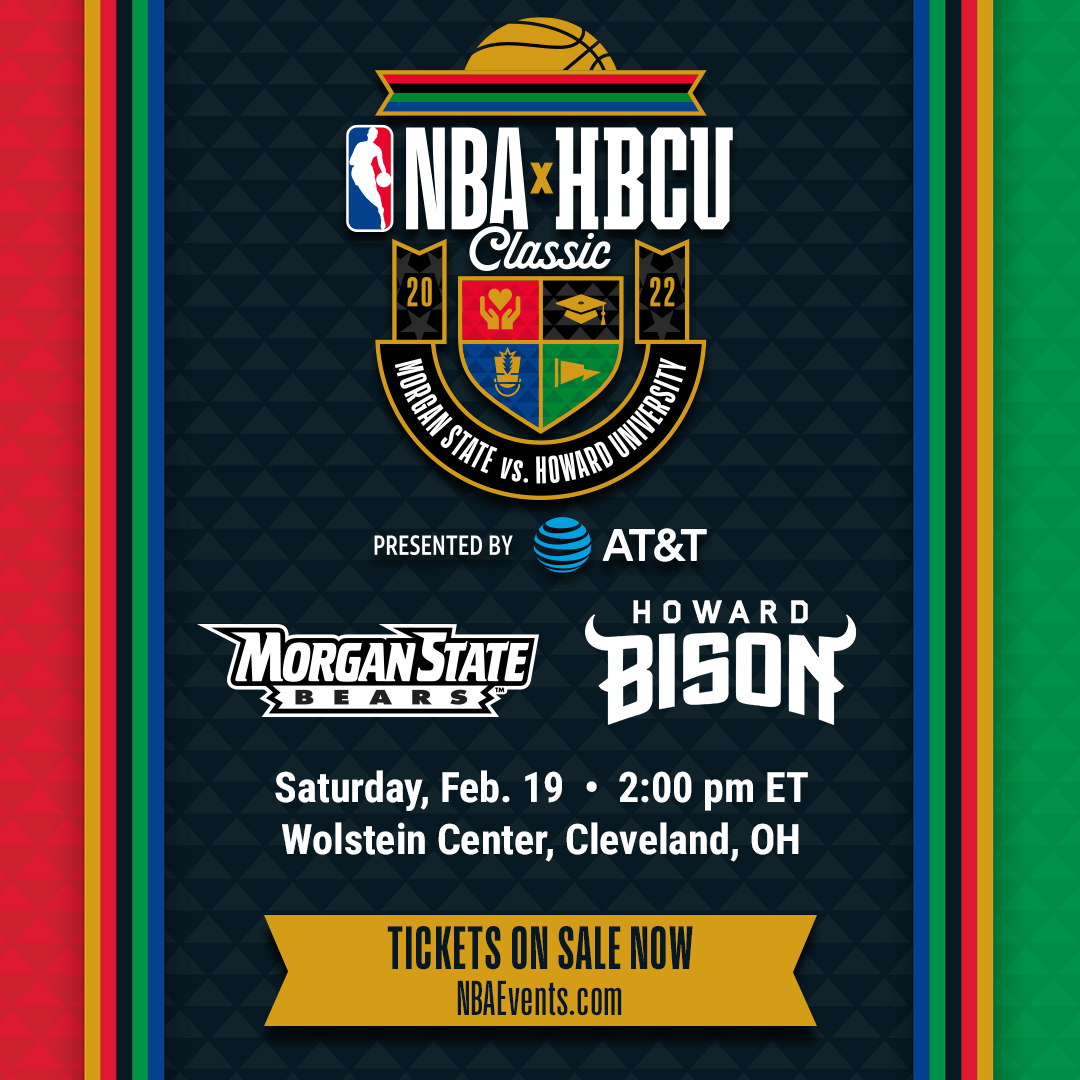 Throughout the game, the Howard and Morgan State bands, dance and cheer teams will engage fans with vibrant performances while AT&T and associate partners MTN DEW and Google will provide in-arena activations. MTN DEW, the official soft drink of the NBA, will award $100,000 in MTN DEW All-Star Scholarships for the second year in a row as part of NBA All-Star.  Two students will receive $50,000 scholarships to advance their education at PepsiCo partner schools Howard and Morgan State.  As the official outfitter of both schools and an associate partner of the HBCU Classic, Under Armour will provide custom warmup shirts and sneakers, both creative expressions of the heritage of Howard and Morgan State.  Additionally, NBA licensing partners Pro Standard and Support Black Colleges will create new merchandise that will be available for purchase at the Wolstein Center and online over the course of All-Star weekend.  All NBA proceeds on product sales through the weekend will benefit Howard, Morgan State and the HBCU community.

“I am incredibly grateful to Turner Sports and ESPN, as well as to AT&T and the NBA, for their efforts to make this game happen and for their support of the Howard and Morgan State athletic programs,” said Howard University Director of Athletics Kery Davis.  “The historic partnership that has given rise to the NBA HBCU Classic is helping to elevate HBCUs at a critical time for our country. HBCUs and the NBA have a shared legacy of using their platforms to serve their communities and amplify the voices of marginalized people.  We appreciate the opportunity to shine a spotlight on HBCUs this year and for our students to share a stage with some of the world’s most talented athletes during NBA All-Star weekend.”

"The NBA HBCU Classic during the celebration of Black History Month highlights the important mission of Historically Black Colleges and Universities and the critical role they play in our country,” said Morgan State Interim Athletic Director Erlease Wagner.  “We commend the NBA for their continued commitment and programming to promote HBCUs and showcase the talented young men and women on our campus.  Morgan State University and Morgan Athletics thank the NBA, AT&T, ESPN, Turner Sports and other participating partners for providing this one of a kind opportunity for our outstanding Morgan student-athletes.”

The Howard Bison and Morgan State Bears faced off earlier this season, when Howard defeated Morgan State 91-82 on Jan. 22.  As part of their participation in NBA All-Star, both teams will meet with NBA league and team executives as well as current and former NBA and WNBA players and engage in programs focused on professional development and networking.

NBA All-Star 2022 will also highlight the HBCU community with additional storytelling content, career development opportunities for students, special performances and financial contributions.  Additionally, HBCU students are encouraged to apply for the first-ever NBA HBCU Fellowship Program at careers.nba.com/early-career-programs/.  The application window for the fellowship will close on Feb. 20, 2022, the day of the 2022 NBA All-Star Game.