BALTIMORE—Nearly 400 bachelor’s, master’s and doctoral degree candidates gathered in celebration, taking the stage to receive their diplomas at Morgan State University’s (MSU’s) Ninth Fall Commencement Exercises today, Dec. 16, 2022, in Hill Field House, on MSU’s campus. Maryland Gov.-Elect Wes Moore was the keynote speaker for the event — his first commencement address since becoming the first African American elected to serve as Maryland’s governor, in November. Moore completed a trio of outstanding achievers who received honorary doctorates during the ceremony. Maryland House of Delegates Speaker Adrienne A. Jones, a political groundbreaker, like Moore, as the first African American and first woman to serve in the position, was honored with a Doctor of Humane Letters, and Melvin N. Miles Jr., who recently retired as Morgan’s director of bands after nearly a half-century of stellar service, received a Doctor of Fine Arts. Gov.-Elect Moore received a Doctor of Humane Letters.

“Leaders beget leaders, trailblazers who welcome the challenge of ‘never-before’ and face it head on with unrelenting perseverance. This is the leadership quality that defines Morgan graduates and the Class of 2022,” said MSU President David K. Wilson. “Bringing two seminal Maryland leaders, Gov.-Elect Wes Moore and Speaker Adrienne Jones, together in an historic display on Morgan’s campus represents a defining moment for our fall graduates, today, who will carry on that great Morgan tradition and become the leaders Morgan has prepared them to be.” 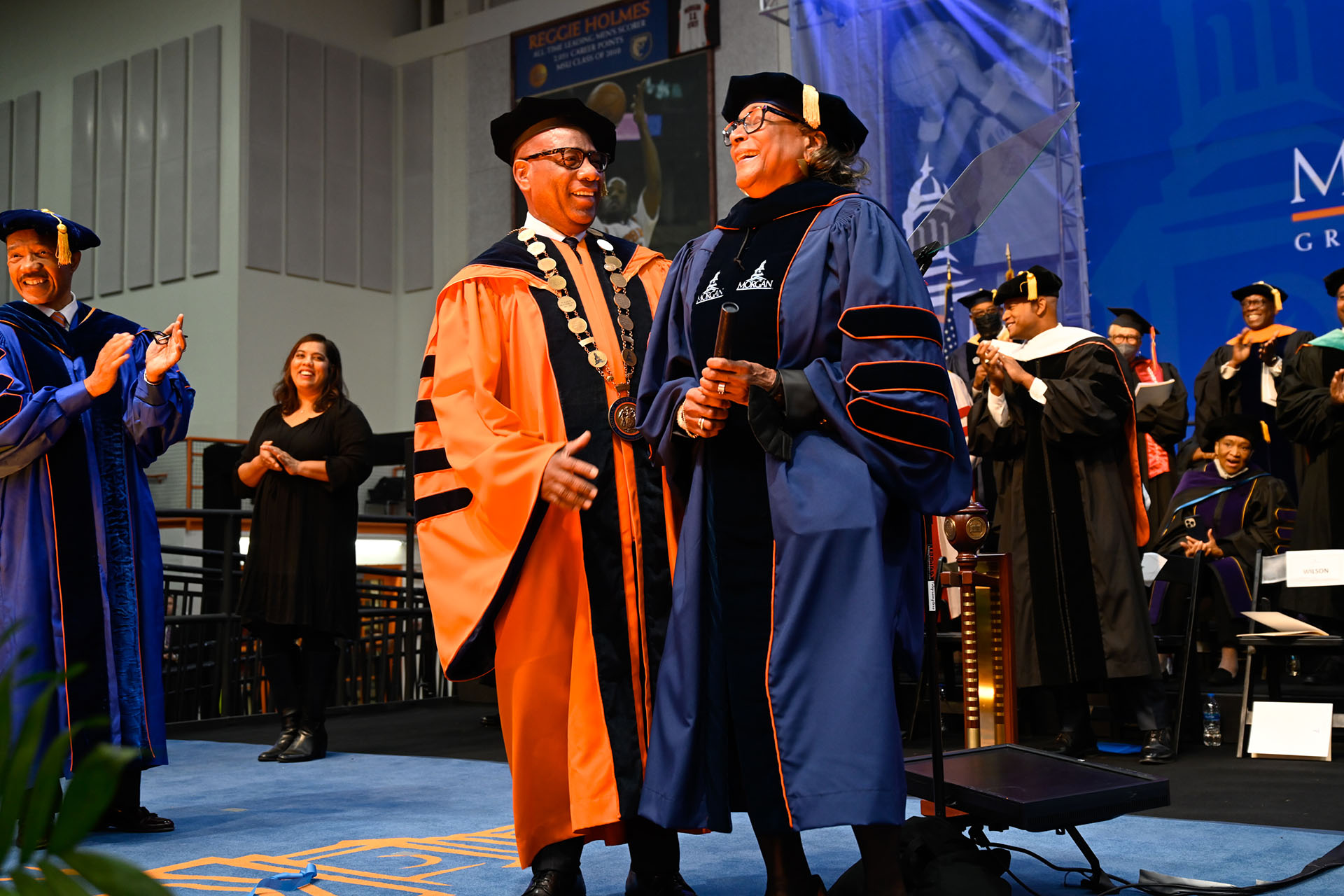 Seven members of the graduating class were commissioned as U.S. Army second lieutenants, having successfully completed their training in Morgan’s ROTC Bear Battalion. The occasion also marked the historic celebration of Morgan’s 1,000th doctoral degree conferred. The honor of becoming this milestone graduate went to Tuere Marshall, who received her doctorate in Community College Leadership.

For many of Morgan’s new graduates, personal success mirrored the historic recent growth of their alma mater as manifested by Morgan’s record-high student enrollment of 9,101 this fall; the unprecedented financial investment in the University over the past two years; the highest-ever dollar value of recently constructed facilities and infrastructure improvements; the record number of academic degree offerings at the University, including many programs unique in Maryland; and other achievements.

Moore’s message to the soon-to-be graduates in the audience was upbeat, unpretentious and centered on the power of love, as he encouraged them to eschew their “haters,” embrace their believers and take risks to realize their dreams. 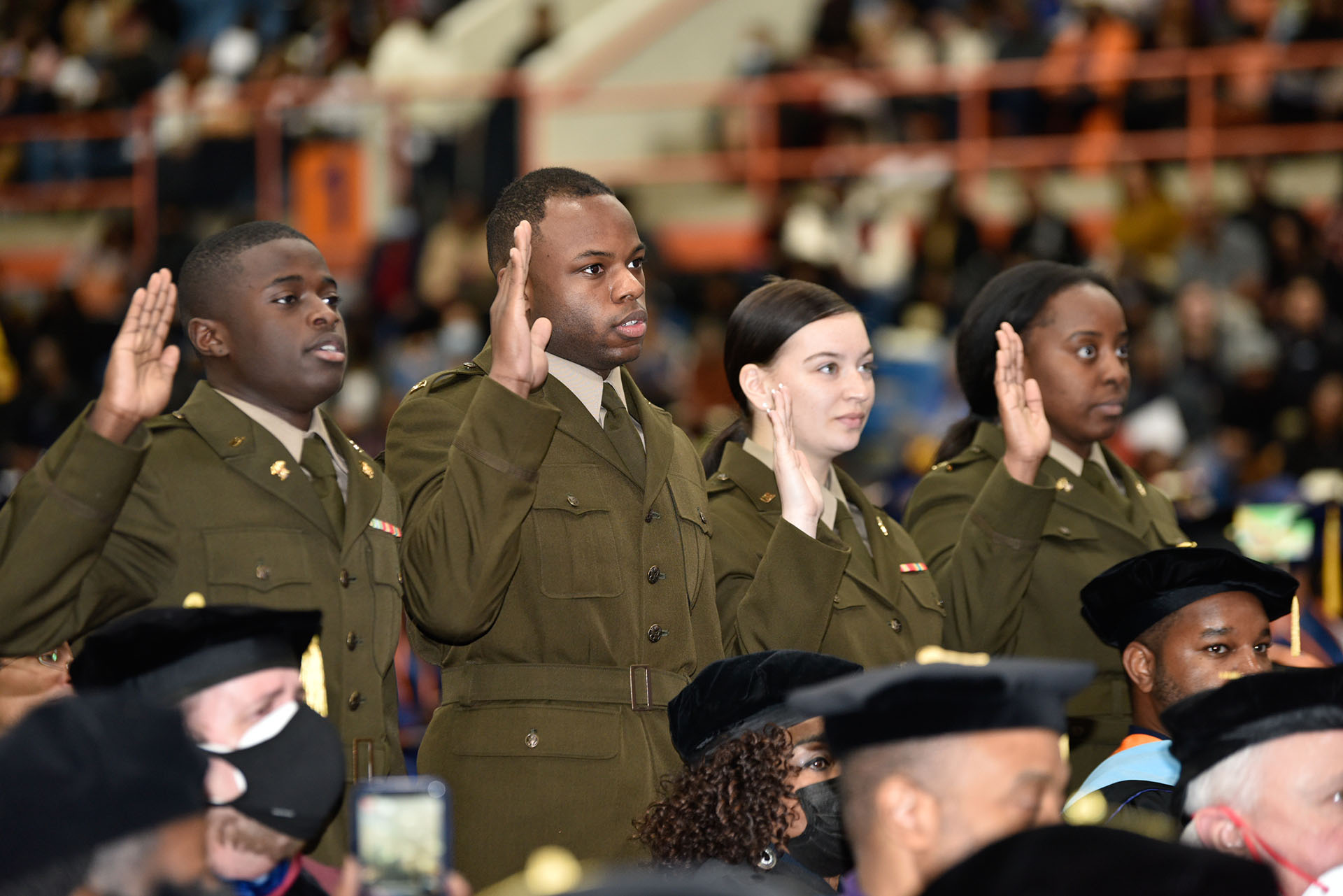 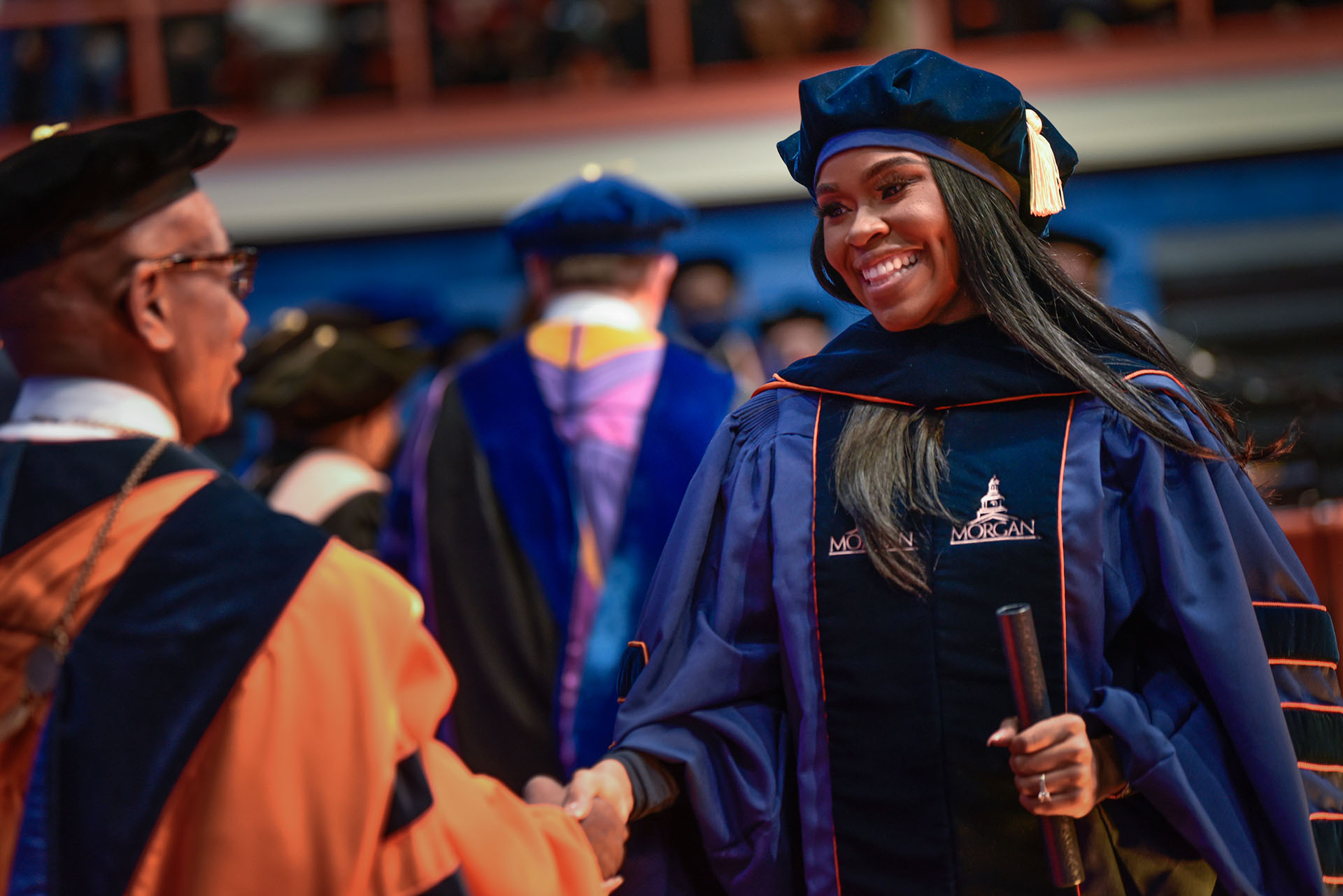 “…Morgan, while I would never, ever, ever tell you just to throw caution to the wind, I do want to encourage you to pursue your dreams,” Moore said. “We need your dreams to become real. We need those dreams…to be made manifest in the world and in other people’s lives.”

“That relationship between risk and reward is exactly what we see in Morgan State. And that is exactly what drives Morgan State to become the first public HBCU in this country to receive the top research designation (R1),” Moore continued. “This is not only a worthy aspiration, (it’s) important for you and our state. And while there is no guarantee what the conclusion is going to be, here’s my promise to you: that is an aspiration that will have the full weight of the next governor to make it happen.”

“You are living proof that while progress is not promised, it is possible,” Moore said to the degree candidates assembled.

‘The Future Is Now’ 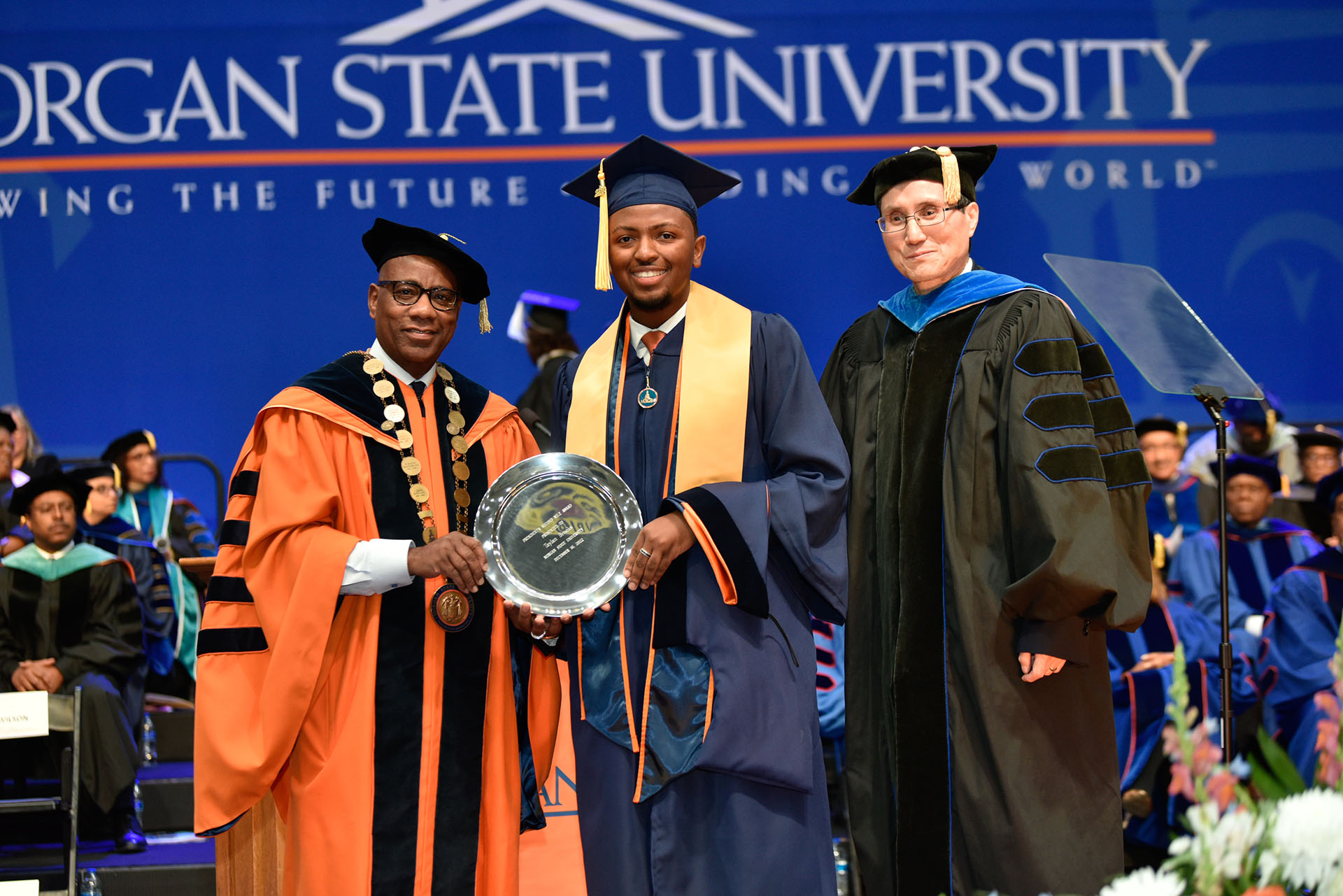 After the much-anticipated conferring of degrees by President Wilson, and the awarding of diplomas, Senior Class President Izhané Williams extolled Morgan’s Core Values and student success in her Salute to the Graduates.

“The skills and knowledge of this remarkable institution have provided us with future doctors, scientists, engineers, influencers, entrepreneurs, architects and so much more,” Williams said. “My fellow Bears, the future is now.”

“The last four or five years have truly tested your ability and tested your resolve to succeed at Morgan. We have challenged you in every respect and dared you to dream bigger,” added Wilson. “We have urged you to be committed to grow the future…to lead the world.  We know you have inside of you the ability to dance on the world stage.”

“We are enormously proud of each of you,” Wilson said, “and look forward to hearing about the abundant success that will come your way. Don’t forget to reach back.”