ADOS Its origins, troublesome ties and fears it’s dividing Black folks in the fight for reparations

There are many organizations and individuals who have spent decades of their existence, and lives, advocating for reparations to be given to the descendants of enslaved Africans in America, during the more than 500 years Black people have spent living in this country and subjected to physical, mental, emotional, spiritual, educational, chemical and medical abuse and mistreatment.

Make no mistake, reparations has been an ongoing fight, whether people know about it or not. 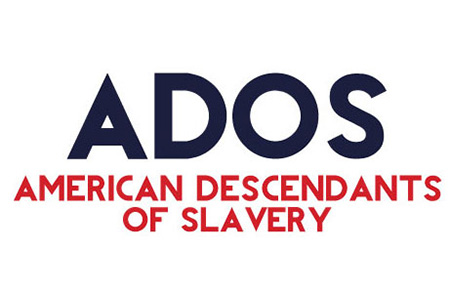 Enter #ADOS, a hashtag created by Yvette Carnell, a former Capitol Hill political staffer turned social media blogger, and Antonio Moore, a former district attorney in Los Angeles, as well as an Emmy-nominated film producer. The duo of Ms. Carnell and Mr. Moore, who combined, have a following of more than 30,000 people on Twitter, and 114,000 subscribers on their respective YouTube channels, have leveraged their individual popularity and following to help bring the topic of reparations into political and social media discussions. However, over the past few months, the ADOS hashtag has become a source of division within the reparations community.

“The ADOS movement goes against everything; whether you want to call it Pan-Africanism, or seeing the Black world as a united family, ADOS goes against all of that,” Dr. Ray Winbush, a research professor and director of the Institute for Urban Research at Morgan State University, told The Final Call. “They have no understanding of how the Black Diaspora throughout the planet is united. So for them to come in and try to divide Black Americans against Jamaicans, Black Brazilians, and even other Africans is ridiculous.”

ADOS plays on a unique brand of identity politics, specifically catering to Black American people. This position is largely based on the lineage of Black folks to their enslaved African descendants, a point of emphasis Ms. Carnell began strongly making in August 2018.

ADOS also occupies a position on another front: the wealth gap. This part of the ADOS ideology and philosophy is largely driven by Mr. Moore who has penned a number of articles on the subject and co-authored the April 2018 report, “What We Get Wrong About Closing the Racial Wealth Gap,” with Duke University professor and economist, Dr. Sandy Darity.

These two talking points—Black American identity based on lineage, and how the wealth gap keeps Black people at a financial and economic disadvantage from Whites—represent the foundation of the ADOS reparations platform.

However, when Ms. Carnell and Mr. Moore began discussing these two subjects on social media individually, they never connected them to reparations. That tie-in wouldn’t come until much later.

Still, if it seems that #ADOS just magically appeared out of thin air, that’s because it did.  Read full article here.