George Abbe began working at The Academy of Natural Sciences Estuarine Research Center (later to become Morgan State University Patuxent Environmental & Aquatic Research Laboratory) in 1967 shortly after graduating with a M.Sc. from University of Delaware. George was sent down to Southern Maryland by Dr. Ruth Patrick of The Academy of Natural Sciences to open a field station in lieu of the environmental impact work associated with the construction of three power plants in the area.

For several decades the center flourished with studies focusing on impacts of these power plants on the estuarine food web with George's research during this time focused on impacts George Abee in Fieldspecific to crab, oyster and other benthic invertebrate populations. Upon completion of these power plant impact studies, George's focus turned to oyster disease studies and survival studies of various genetically improved oyster strains. In addition, George continued his population study of blue crabs which he began in the late-60's as part of the power plant work. This study became the longest independent blue crab population study in Chesapeake Bay and has been used extensively in re-formulating the management of the blue crab fishery. For two decades, George contributed greatly to the understanding of population dynamics, the impact of fishing pressure and management of the two most economically important animals in the Chesapeake Bay. 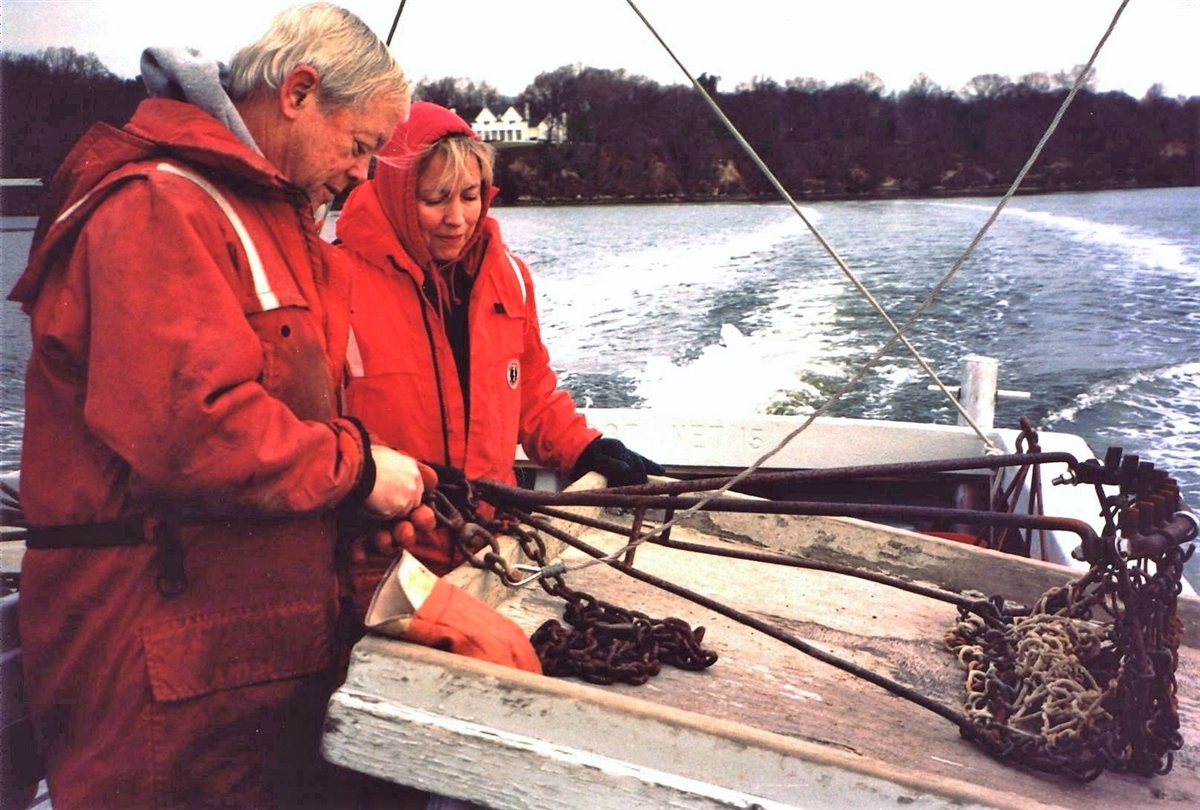 George's professional activities included long-term memberships in the Atlantic Estuarine Research Society, Estuarine Research Federation and National Shellfisheries Association. George served as President of the National Shellfisheries Association from 1997-1999. In 2003, he was presented with an Honored Life Member Award of this prestigious association. George was a member of the Technical Work Group of the Maryland-Virginia Bi-State Blue Crab Advisory Committee and the Scientific Advisory Committee of the Maryland Oyster Roundtable. George had over twenty-five lead author journal publications and an equal number of oral presentations at various professional meetings. He worked with dozens of students during his career, many of whom have gone on to become distinguished scientists in their own right.