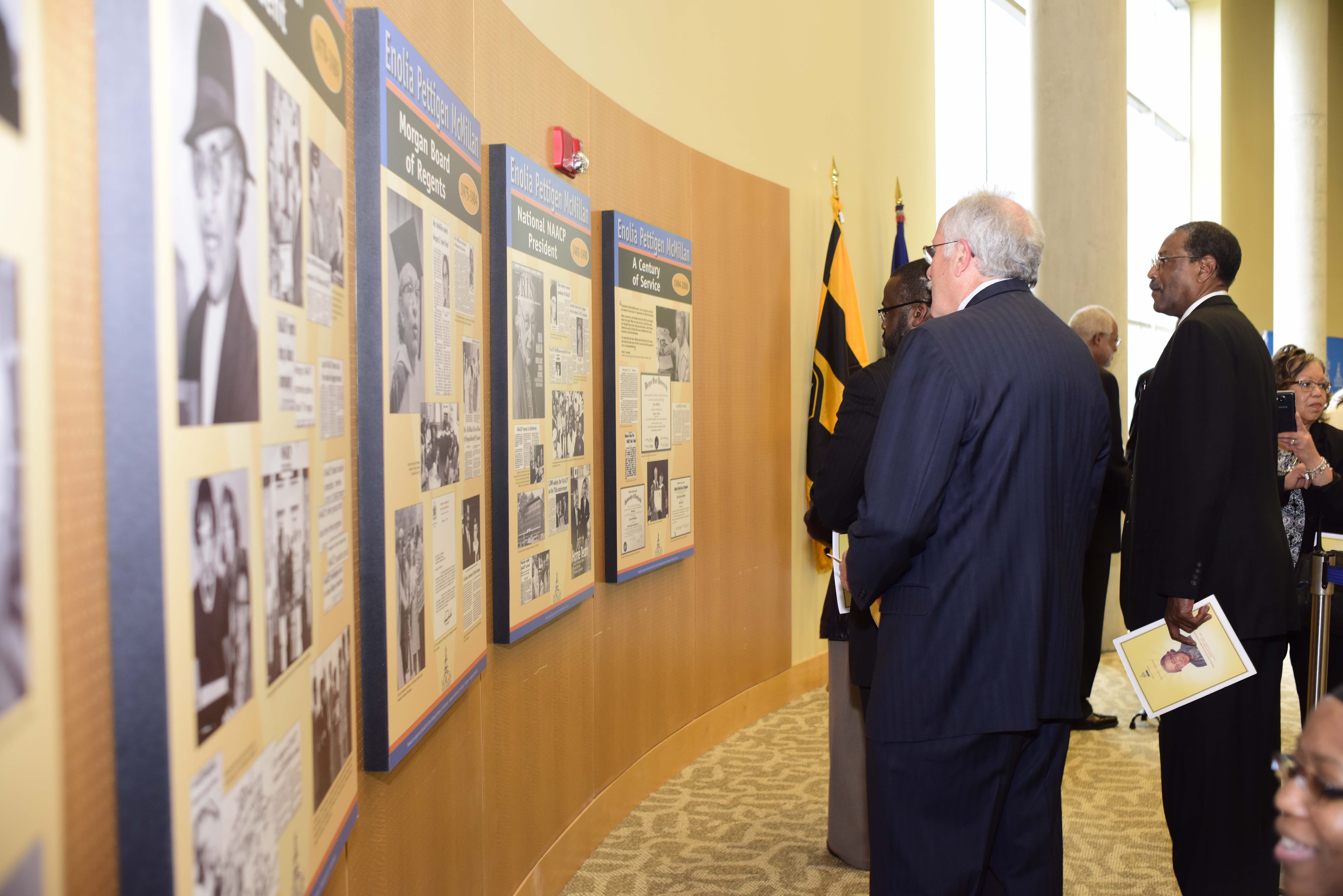 Morgan State U
March 24, 2017
Share
In honor of its Sesquicentennial year, Morgan State University celebrated Women’s History Month by honoring the life of Baltimore’s own Enolia McMillan. On Thursday, March 30, 2017, a special exhibit was unveiled providing a rare look at this civil rights icon and a glimpse into the life that she dedicated to education and fighting inequality.

Enolia Pettigen McMillan, who spent much of her life in Baltimore City as an educator, became president of the Maryland State Colored Teachers Association, and assumed an active role in desegregating Maryland schools. She was the first female president of the national NAACP and the first female chair of the Morgan State University Board of Regents. But she did much more, which is shown in the new exhibit: Enolia Pettigen McMillan – A Century of Leadership.

“She worked to equalize educational opportunities for young African Americans in Maryland,” said Morgan President David Wilson. “She is also credited with ending the practice of paying black teachers much less than white teachers in Maryland schools, and was instrumental in bringing the national NAACP’s headquarters to Baltimore. Mrs. McMillan grew from humble beginnings to become a woman who made the most profound difference in the lives of African Americans in Baltimore and across Maryland. During its 150th anniversary year, Morgan is pleased to pay tribute to this important woman in not only its own history but also the history of Maryland and the nation.”

That history is now on display in a special exhibit remembering the life of Mrs. Enolia McMillan. The exhibit was unveiled at a ceremony hosted by members of the Morgan Board of Regents, President Wilson, friends and family on the second floor of Morgan’s Earl S. Richardson Library.

Morgan State University, founded in 1867, is a Carnegie-classified doctoral research institution offering more than 60 academic programs leading to bachelor’s degrees as well as programs at the master’s and doctoral levels. As Maryland’s premier public urban research university, Morgan serves a multiethnic and multiracial student body and seeks to ensure that the doors of higher education are opened as wide as possible to as many as possible. For more information about Morgan State University, visit www.morgan.edu.
# # #
MEDIA CONTACT(S):
Clinton R. Coleman or Larry Jones
(443) 885-3022