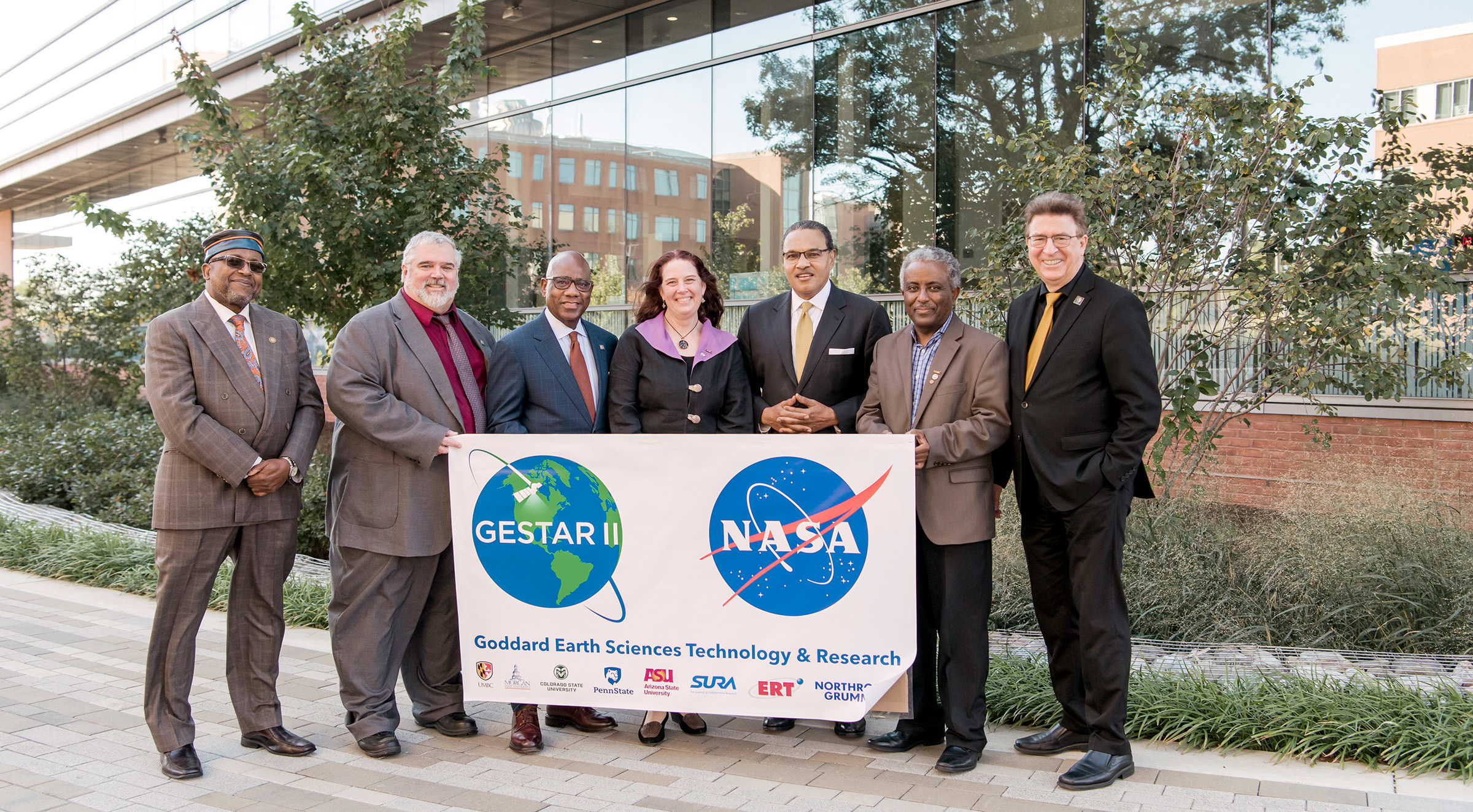 Morgan to Receive $28 Million GESTAR II Award Over the Next Three Years, Continuing Its Decade-Plus Relationship with Goddard Earth Sciences Technology and Research

BALTIMORE — NASA has announced a major award of $72 million over three years to a consortium of higher education institutions and other organizations for the new Goddard Earth Sciences Technology and Research (GESTAR) II center. The GESTAR II consortium, which is being led by UMBC in partnership with Morgan State University, will support 120 affiliated researchers, creating extensive opportunities for breakthroughs in Earth and atmospheric science research. The workshare for GESTAR II will be handled primarily by UMBC and Morgan, which will receive $38 million and $28 million, respectively. This partnership marks the first major collaboration of the two Maryland-based research universities.

Colorado State University, Arizona State University and Pennsylvania State University will also contribute as partners in the program, along with Northrop Grumman Corporation, Earth Resources Technology, Inc., and the nonprofit Southeastern Universities Research Association. Participants will carry out observational, experimental and theoretical research in support of strategic mission objectives of NASA Earth Science. The large scale of this work will also enable students at all levels to contribute to the research. 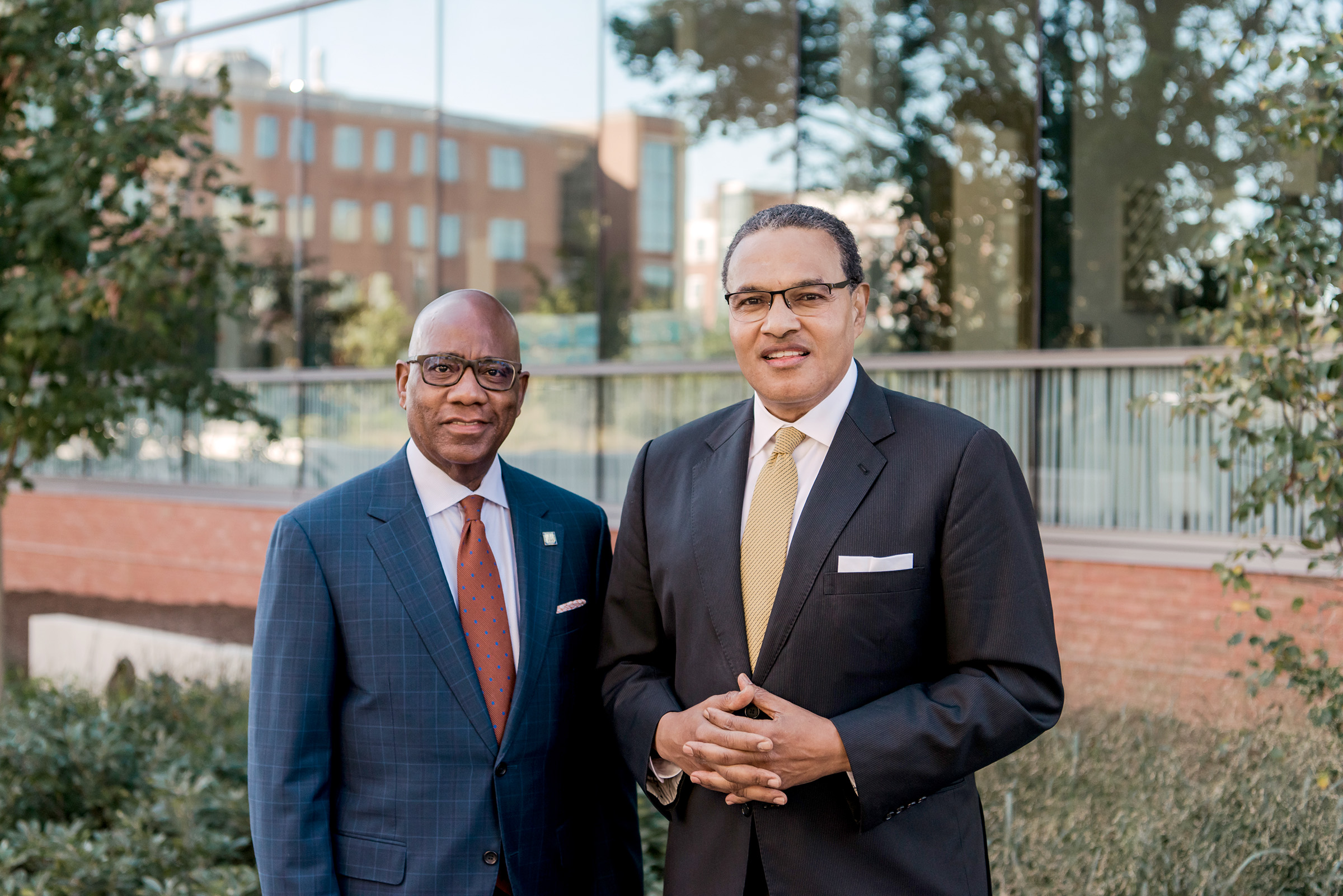 “The collaboration between Morgan and UMBC serves as a model for how two high-research universities, operating in a highly competitive space, can join in common purpose, pooling intellectual capital, resources and expertise for the greater advancement of science and technology,” said David K. Wilson, president of Morgan State University. “We appreciate the opportunity to continue the important work we began with the GESTAR program and partner with an institution that shares our commitment to STEM research. A partnership of this consequence not only benefits both universities but delivers marked return on investment benefiting our state and nation.”

“I am deeply grateful to everyone, especially our colleagues at Morgan State, who helped make this new partnership a reality,” said Freeman Hrabowski, president of UMBC. “I am looking forward to seeing what breakthroughs in Earth science will come from the collaborative work of the scientists, engineers and students who participate in GESTAR II.”

Like UMBC’s Joint Center for Earth Systems Technology (JCET) and the original GESTAR, in which Morgan was a major partner, GESTAR II will create opportunities for undergraduate and graduate students to conduct research with and be mentored by NASA scientists and engineers. In addition, GESTAR II will partner with Goddard’s Earth Sciences Division to advance Earth science and Goddard’s leadership, by providing a competitive environment to hire and retain high-quality scientists who are on track to be leaders at NASA, in academia and in industry.

Bringing together students and researchers from UMBC, Morgan, NASA and other institutions creates the opportunity for innovation in Earth science. It also creates a career pipeline for students from a wide range of backgrounds who are prepared to pursue employment at NASA and elsewhere, using the skills they’ve gained by learning from and with NASA team members.

“Morgan brings more than a decade of experience working with NASA, and we look forward to partnering with UMBC and other collaborators in GESTAR II to produce cutting-edge, world-class Earth science in support of our national space program,” said Willie E. May, Ph.D., vice president for Research and Economic Development at Morgan State University. “We are also very excited about what this partnership will mean for our students — more exposure, new educational pursuits and access to long-term employment opportunities.”

Morgan is also creating a new minor in Earth and space science, and some of Morgan’s GESTAR II researchers will have the opportunity to teach in the program.

Morgan has been a major partner in the original GESTAR center at Goddard since 2011 and will bring that experience to GESTAR II. Nearly 40 Morgan researchers, with expertise in various Earth and space sciences, will be part of the GESTAR II center when it launches. Morgan’s GESTAR researchers have used NASA data to study the sea surface, snow cover on land, and the atmosphere, by modeling these complex systems and by other means.

“Morgan’s 10 years of research and management experience with the original GESTAR program affords us a unique opportunity to contribute immediately to NASA’s GESTAR II program, while also addressing the need for inclusiveness,” said Daniel Laughlin, Ph.D., associate director for the GESTAR program at Morgan State University. “We look forward to our scientists’ carrying out critical research to support NASA’s strategic Earth Science mission objectives to improve NASA’s ability to model and predict Earth system events and to benefit society.”