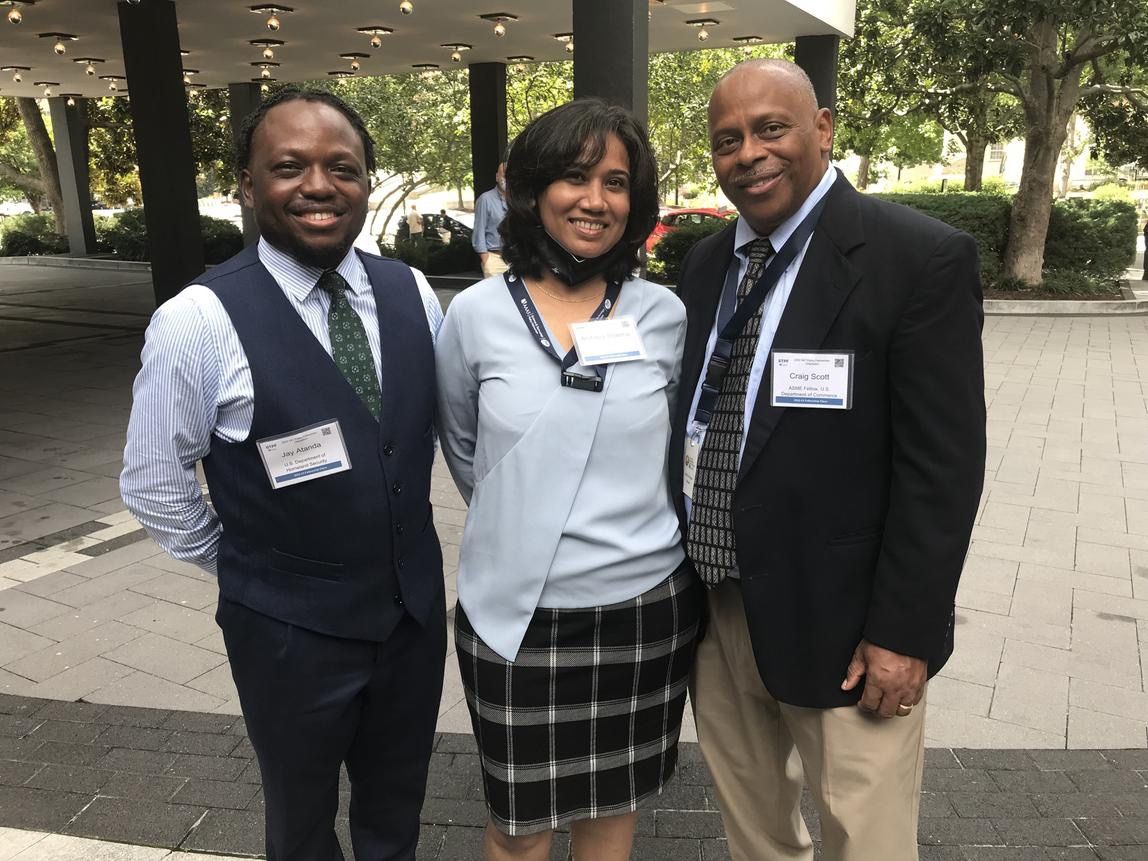 BALTIMORE ­­– Three new fellows with Morgan State University (MSU) ties have been selected to join the American Association for the Advancement of Science’s (AAAS) 50th class of the Science and Technology Policy Fellowships (STPF). Craig Scott, Ph.D., professor of Electrical and Computer Engineering, Archana Sharma, Ph.D., associate professor in Morgan’s graduate Landscape Architecture Program (MLA), and Adejare (Jay) Atanda, DrPH, a recent graduate from the School of Community Health and Policy (SCHP), are included among the 300 highly trained scientist and engineers selected for a one-year assignment to assist in informing actionable, science-based policies throughout the U.S. government.

Of the 300 fellows chosen, 31 will serve in Congress, one will serve at the Federal Judicial Center, and 268 will serve in the executive branch among 19 federal agencies or departments. In addition to receiving a stipend and other select benefits, the fellows will learn first-hand about federal policymaking and implementation, while the U.S. government benefits from the contributions of highly trained scientists and engineers. The 2022-23 fellowship class is sponsored by AAAS, the Moore Foundation and partner societies.

“AAAS policy fellows have been demonstrating excellence in science policy for the past half-century — defining what it means to be a scientist and engineer in the policymaking realm,” said Rashada Alexander, Ph.D., STPF director and alumna fellow. “In our 50th year of partnership with the U.S. government and many esteemed scientific societies and supporters, we are excited to usher in the newest class and follow their important contributions to policy, science and society.”

The STPF program supports evidence-based policymaking by leveraging the knowledge and analytical mindset of science and engineering experts, and trains leaders for a strong U.S. science and technology enterprise. Fellows represent a full spectrum of disciplines, backgrounds, and career stages.

Dr. Sharma was chosen as the first AAAS fellow to serve in the U.S. Department of Transportation as an equity policy research advisor. Dr. Scott will serve as an advanced manufacturing policy fellow at the National Institute of Standards and Technology (NIST), where he will be supported by the American Society of Mechanical Engineers, while Dr. Atanda, who earned his doctorate in Public Health Analysis and Epidemiology from Morgan, will serve as a policy advisor at the Department of Homeland Security’s Countering Weapons of Mass Destruction Office.

Founded in 1848, AAAS is the world’s largest general scientific society and publisher of the journal Science, the largest paid circulation of any peer-reviewed general science journal in the world. AAAS began the STPF program in 1973. To-date, the program boasts about 4,000 alumni around the world. After the conclusion of their fellowships many remained in the policy arena working at the federal, state, regional or international level, while others pursued careers in academia, industry or the nonprofit sector.