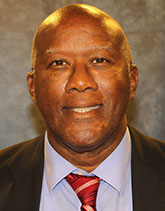 Prof. Dawkins' daily journalism career began in 1980 at Gannett Newspapers in Westchester, N.Y., and continued at the Courier-Post of Cherry Hill, N.J., Post-Tribune of Gary, Ind. and the Daily Press of Newport News, Va. He served as managing editor/news for BlackAmericaWeb.com. Dawkins is completing a biography of immigration reform and civil rights legislator Emanuel Celler for University Press of Mississippi.

He is editor-in-chief of the Morgan State Promethean yearbook and serves as a judge of the James Aronson Social Justice Journalism Awards.

Prof. Dawkins' previous appointment was at Hampton University Scripps Howard School of Journalism and Communications where in 12 years he arrived as an assistant professor, was promoted to first associate professor in the history of the school and became the first faculty member of that unit to earn rank of full professor of professional practice. Prof. Dawkins was named 2016 Educator of the Year by the American Journalism Historians Association. That year he received the Dean's Medal for Public Service from Columbia Graduate School of Journalism.