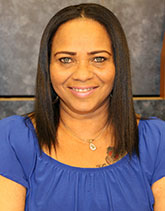 From 1996 to 2004, Ms. Lingham was the Assistant Creative Director at Radio One, Baltimore.  While at Radio One, she fulfilled her duties voicing, editing and producing commercials; she also created and produced the successful bi-weekly Infotainment segment "Lottie Dottie" for WOLB talk radio.

She became a traffic engineer and fill-in anchor for Traffic Pulse Networks from 2004 until 2008.  She was a full-time traffic and news anchor for Reliant Broadcast Services national division from 2008 to 2010.

Currently, Ms. Lingham assists with the daily activities in the dean's office as well as in the digital newsroom and BEAR-T V when needed. She has helped to create and implement new policies to ensure that the digital newsroom runs efficiently.  Ms. Lingham is the liaison responsible for equipment maintenance and inventory.  She assists the chair of the Multimedia Journalism department as well as other faculty and staff as needed.