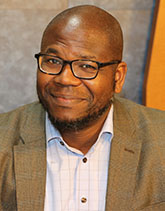 Dr. Jason Johnson is an associate professor of politics and journalism in the School of Global Journalism & Communication and author of the book Political Consultants and Campaigns: One Day to Sell. He focuses on campaign politics, political communication, strategy and popular culture.

He is a political analyst for MSNBC, SIRIUS XM Satellite Radio and Politics Editor for TheRoot.com. He has previously appeared on CNN, Fox News, Al Jazeera, Current TV and CBS. His work has been featured on The Daily Show with Trevor Noah, The Late Show with Stephen Colbert and on ESPN. He has been quoted by The Guardian, The Washington Post, The Washington Times, The Wallstreet Journal, Buzzfeed, The Hill newspaper, the Cleveland Plain Dealer and the Atlanta Journal Constitution.

Dr. Johnson is a University of Virginia alumnus and earned his PhD in Political Science from the University of North Carolina at Chapel Hill.