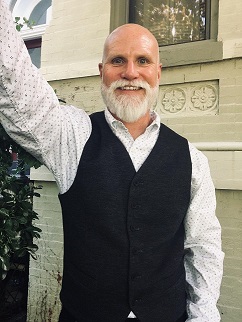 Dr. Robinson joined Morgan State University in 2012 as part of the Higher Education & Student Affairs faculty. He has over 25 years' experience in higher education, having worked in both the Student Affairs and Academic Affairs arenas at numerous types of institutions, including two and four-year campuses, private and public universities, and state and religiously-affiliated institutions. Dr. Robinson began his journey in the area of student activities, then moving on to serve as a Licensed Professional Counselor on a university campus, and has worked in almost all functional areas within Student Affairs, including admissions, career services, disability services, student life/programs, judicial affairs, counseling, and athletics, before eventually moving up the ranks of Academic Affairs administration and into several deanships, including at Trinity University and Georgetown University. His teaching interests include: higher education administration, student affairs administration, student development theory, organizational behavior/theory, leadership development, and research methodology.

Dr Robinson's current research areas are twofold: The first strand is related to the exploration of the sexual orientation identity development among youth and college students, with a particular interest in the ways in which sexual orientation and gender are portrayed and represented in popular culture and mass media, particularly television and film. An extension of this research is a narrative exploration into the lived experiences of LGBTQ faculty and administrators within colleges and universities. His secondary research interest relates to the nature of graduate education, with a particular focus on mentoring. This research is an attempt to advance our understanding of the factors that contribute to success, satisfaction, and persistence in graduate education, particularly for under-represented groups.

In addition to serving on a number of journal editorial boards, Dr. Robinson is actively involved with the American Educational Research Association, the Association for the Study of Higher Education, and the ACPA-College Educators International, and regularly presents his research in both national and international forums. In 2002 Dr. Robinson received the ACPA Annuit Coeptis - Senior Professional award, which recognizes outstanding and sustained service to the field and to ACPA, excellence in research/scholarship, and demonstrated excellence in teaching and mentoring of graduate students and emerging professionals.

Selected Publications (most of these can also be found on my Academia.edu profile)

Robinson, C. S. (2016). Out of the closet and into the classroom: Media literacy and inclusive teacher education practice. In V. Bloomfield & A. Wilson (Eds.) Voices of LGBTQ Students and Teachers: Changing the Culture of Schooling (pp. 161-175). Boulder, CO: Paradigm Publishers. (PDF)

Robinson, C. S. & Alston, B. (2014). Lavender Identity & Representation in the Media: The Portrayal of Gay and Lesbian Millennials in Popular Television. In B. Kaklamanidou & M. Tally (Eds.) Millennials on Film and Television: The Politics of Popular Culture (pp. 31-45). Jefferson, NC: McFarland Press. (PDF)

Robinson, C. S. (2010). I am because we are: The impact of musical community on gay identity. In B. Reed & Z. Nicolazzo (Eds.) Stories From Ourselves: The Impact of Work with Gender Related Programs and Services (pp. 5-6). Washington, DC: ACPA/NASPA.

Robinson, C. S. (2018). Sticks and Stones will Break my Bones, and Pronouns Can Hurt Me Too: How to be an Ally to the LGBTQ Community. USDA Pride Celebration, June 2018.

Robinson, C. S. (2018). LGBTQ Panel: What Does it Mean to be an Ally?. Millennium Challenge Corporation Pride Celebration, June 2018.