In A Warning Against Spanking, Some Pediatricians See An Attack on Black Families 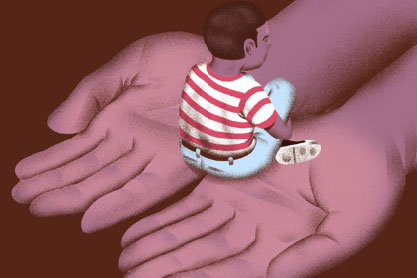 While the medical consensus is clear, and over 70 percent of American pediatricians agree that hitting children is damaging, many black pediatricians hold more positive attitudes about spanking. Moreover, a vocal subgroup is pushing back against the pediatrics academy’s new policy. By failing to draw a clear distinction between spanking and child abuse, these doctors say, the policy contributes to the demonization of black communities, where (as in many other communities, including Southerners and born-again Christians) corporal punishment is a cultural norm. And, they argue, pediatricians who discuss the harms of spanking during routine medical exams, as the policy recommends, risk alienating black parents. Read full article here.

In November, the American Academy of Pediatrics fortified its 20-year-old stance against spanking with a strongly worded new policy statement. Armed with decades of new research, the authors of the policy noted that spanking children does not improve their behavior and appears to be associated with negative outcomes, including increased aggression and mental health problems.