Their Family Bought Land One Generation After Slavery

LAND WAS AN IDEOLOGICAL PRIORITY for black families after the Civil War, when nearly 4 million people were freed from slavery. On Jan. 12, 1865, just before emancipation, the Union Army Gen. William Tecumseh Sherman met with 20 black ministers in Savannah, Georgia, and asked them what they needed. “The way we can best take care of ourselves is to have land,” their spokesperson, the Rev. Garrison Frazier, told Sherman. Freedom, he said, was “placing us where we could reap the fruit of our own labor.” Sherman issued a special field order declaring that 400,000 acres formerly held by Confederates be given to African Americans — what came to be known as the promise of “40 acres and a mule.” The following year, Congress passed the Southern Homestead Act, opening up an additional 46 million acres of public land for Union supporters and freed people.

The promises never materialized. In 1876, near the end of Reconstruction, only about 5% of black families in the Deep South owned land. But a new group of black landowners soon established themselves. Many had experience in the fields, and they began buying farms, often in places with arid or swampy soil, especially along the coast. By 1920, African Americans, who made up 10% of the population, represented 14% of Southern farm owners. 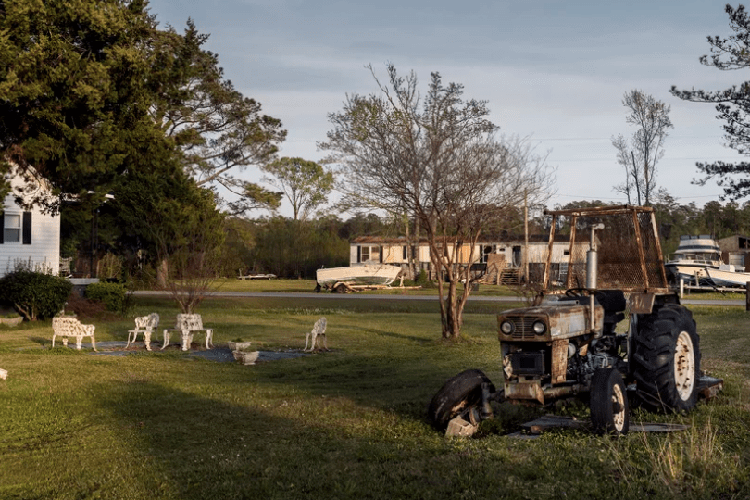 A white-supremacist backlash spread across the South. At the end of the 19th century, members of a movement who called themselves Whitecaps, led by poor white farmers, accosted black landowners at night, beating them or threatening murder if they didn’t abandon their homes. In Lincoln County, Mississippi, Whitecaps killed a man named Henry List, and more than 50 African Americans fled the town in a single day. Over two months in 1912, violent white mobs in Forsyth County, Georgia, drove out almost the entire black population — more than a thousand people. Ray Winbush, the director of the Institute for Urban Research, at Morgan State University, told me, “There is this idea that most blacks were lynched because they did something untoward to a young woman. That’s not true. Most black men were lynched between 1890 and 1920 because whites wanted their land.”

By the second half of the 20th century, a new form of dispossession had emerged, officially sanctioned by the courts and targeting heirs’ property owners without clear titles. These landowners are exposed in a variety of ways. They don’t qualify for certain Department of Agriculture loans to purchase livestock or cover the cost of planting. Individual heirs can’t use their land as collateral with banks and other institutions, and so are denied private financing and federal home-improvement loans. They generally aren’t eligible for disaster relief. In 2005, Hurricane Katrina laid bare the extent of the problem in New Orleans, where 25,000 families who applied for rebuilding grants had heirs’ property. One Louisiana real-estate attorney estimated that up to $165 million of recovery funds were never claimed because of title issues.

Heirs are rarely aware of the tenuous nature of their ownership. Even when they are, clearing a title is often an unaffordable and complex process, which requires tracking down every living heir, and there are few lawyers who specialize in the field. Nonprofits often pick up the slack. The Center for Heirs’ Property Preservation, in South Carolina, has cleared more than 200 titles in the past decade, almost all of them for African-American families, protecting land valued at nearly $14 million. Josh Walden, the center’s chief operating officer, told me that it had mapped out a hundred thousand acres of heirs’ property in South Carolina. He said that investors hoping to build golf courses or hotels can target these plots. “We had to be really mindful that we didn’t share those maps with anyone, because otherwise they’d be a shopping catalogue,” he told me. “And it’s not as if it dries up. New heirs’ property is being created every day.” Read full article here.